One evening, one mat, twelve competitors, two champions. Roosevelt Sousa and Nathalie Ribeiro beat tough opponents on their way to first place in the Abu Dhabi King of Mats and the Abu Dhabi Queen of Mats.

The mat set up this Thursday, December 2, at the Florianópolis International Airport was the stage for the ADKOM heavyweight division and the ADQOM Lightweight division. Twelve of the best Jiu Jitsu competitors in the world battled for the right to compete for the crown on a later date.

Tonight’s event in Brazil was the first of 50 AJP events all over the globe that will celebrate the Year of the Fiftieth (The UAE’s 50th anniversary). Here’s how each bracket played out.

Roosevelt Sousa had a mission and he worked hard to fulfill it. In four matches, he put a lot of pressure on his opponents and he was always looking for the submission.

Rossevet’s first challenge was against Poland’s Gerard Labinski, beaten with a foot lock early in the match. Roosevelt’s second opponent was a tough Gabriel Oliveira. In a close match, Sousa scored the 1-0 lead in the very last second and made it to the semifinal.

On the other side of the bracket, Wallace Costa beat Patrick Gaudio for scoring last in a 2-2 tie. Costa secured his spot in the semifinal with a 2-0 lead over Fernando Tsushima. 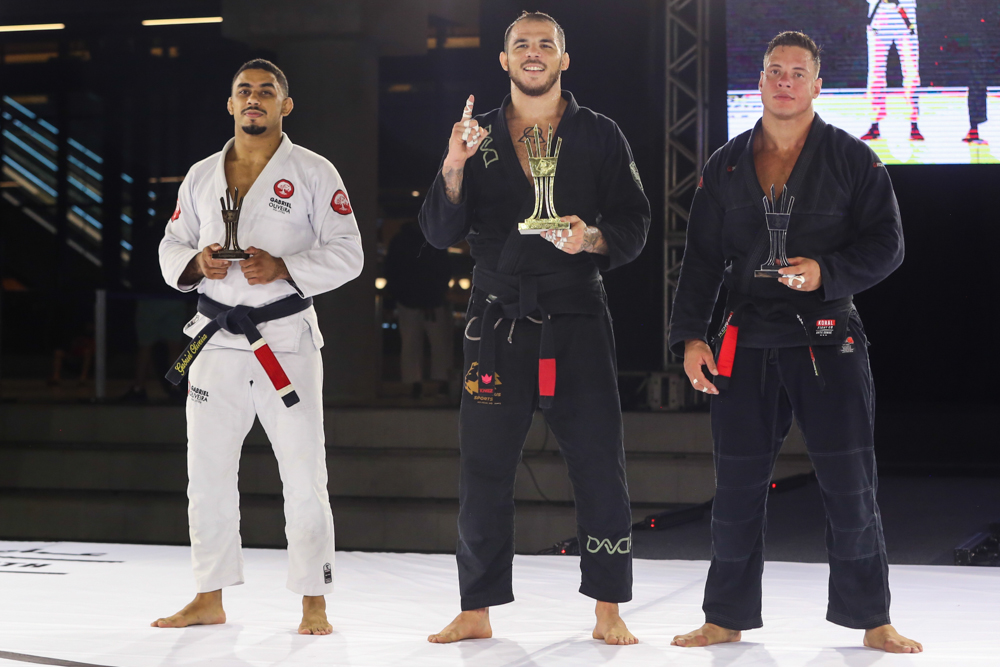 In the semifinal, Roosevelt made his pressure game work to build a 7-2 lead over Patrick Gaudio. The win was secured with a guard pass within the final minute. The opponent in the final would be Wallace Costa, who passed Gabriel Oliveira’s guard to score a 3-1 lead.

The final was as close a match as it gets. Roosevelt and Wallace showed a lot of respect for each other’s games and didn’t take a lot of risks. The match went into the golden score, when Sousa was able to reach Costa’s half guard and score the 1-0 lead that meant the title.

Nathalie Ribeiro knew she had a treacherous road leading to the title. Even so, she dealt with each opponent like a true champion. Her journey started with a back take on Bianca Basílio to win with a 5-1 lead. Her next opponent was Duda Tozoni, and an armbar finish took Nathalie to the semifinals.

On the other side of the bracket, Beatriz Mesquita confirmed the expectations before the event that put her as one of the favorites. She finished Alexa Yanes with an armbar and caught Brenda Larissa with a choke from the back to confirm her presence in the semifinals. 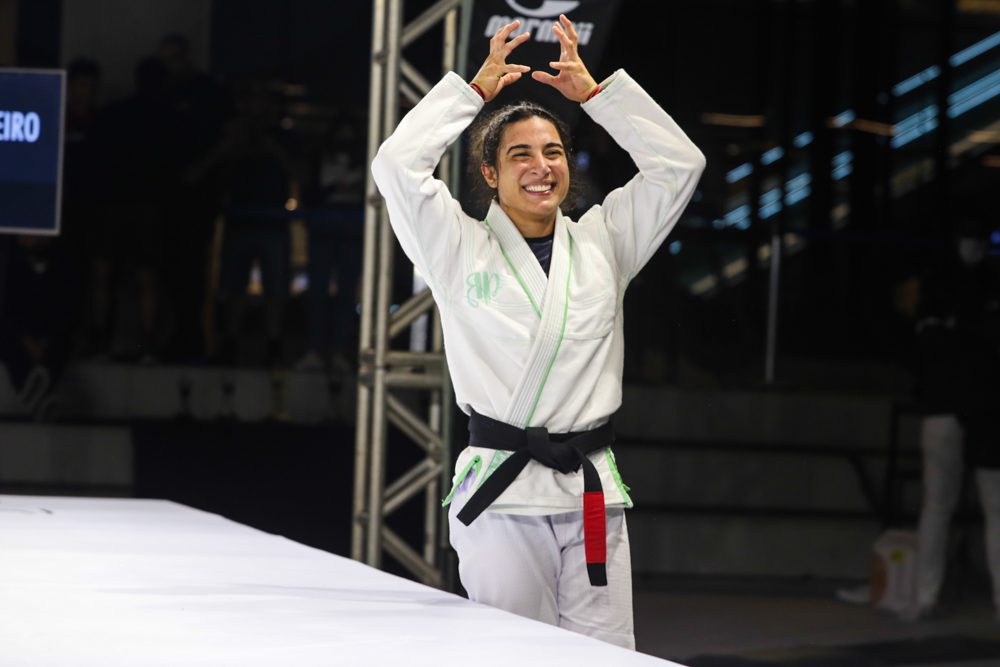 The two finalists had to work hard for their spots. Nathalie found a triangle choke to finish Brenda Larissa while Bia Mesquita had to go through overtime to beat Bianca Basílio via referee’s decision after a 0-0 tie.

The final was one of the most thrilling matches of the evening. Bia Mesquita went all in and worked her guard game brilliantly, almost getting an armbar in place. Nathalie defended well, but could not prevent Bia from going 1-0 on the board. When all seemed lost, Ribeiro put her own guard game to work and managed a near sweep to tie the match 1-1. For scoring last, she took the title. In the third place match, Bia Basílio beat Brenda Larissa 10-0.