The AJP Tour lands this week in Florianopolis, Brazil, for the return of both the Abu Dhabi King of Mats and the Abu Dhabi Queen of Mats series.

The two six-people competitions will go on December 2nd, at the Florianópolis International Airport.

The winners of the two brackets will get the chance to compete for the crowns of the male heavyweight ADKOM and the female lightweight ADQOM.

The two events mark the start of the celebrations of the Year of the Fiftieth for the United Arab Emirates by the Abu Dhabi Jiu Jitsu Pro (AJP).

Here are the big names that will step on the mats in Brazil at 7:00PM (Brasilia Time), this next Thursday.

Patrick Gaudio (Brazil) – One of the most accomplished competitors of his generation, Gaudio arrives at the ADKOM with two ADGS gold medals in his bag. With a game that presents hardships to his opponents at all times during a match, Patrick is a good bet to be in the decisive stages of the brackets.

Roosevelt Sousa (Brazil) – A two-time ADGS champion, Roosevelt is a late comer to the AJP Tour. He has made his name known with big wins in the 120kg division. Known for his incredible drive to win, Roosevelt will look for the victory in every match until the very last second.

Wallace Costa (Brazil) – Another big guy who wants to be the top dog.Wallace has the right credentials, as a two-time black belt ADGS 120kg division champion. He has proved once and again that he fears no one and will be a big contender for the top spot.

Gerard Labinski (Poland) – The “Gringo” in the bracket is also the real deal. Labinski has lived and trained in Brazil for years and has absorbed all the best of what the country has to offer in terms of Jiu Jitsu expertise. A two-time ADGS champion, Gerard will create problems for his opponents in his return to the ADKOM.

Fernando Tushima (Brazil) – There’s talent everywhere in Brazil. You may have heard less about Tushima’s record on the mats, but we can assure you he has what it takes to make it to the top. An One-time ADGS champion in the Masters division, Fernando will use all his experience to beat the competition.

Gabriel Oliveira (Brazil) – He’s the wild card! Oliveira enters the bracket knowing he has all the tools he needs to catch his opponents by surprise. A ADGS medalist in the near past, he’s in top shape and will fight until the end in each and every match.

Beatriz Mesquita (Brazil) – Bia is probably the most accomplished female Jiu Jitsu competitor of all times. With an impressive 7 gold medals in the ADWPJJC and 4X ADGS champion, Mesquita will make her debut in the ADKOM series as a clear favorite for the top spot. 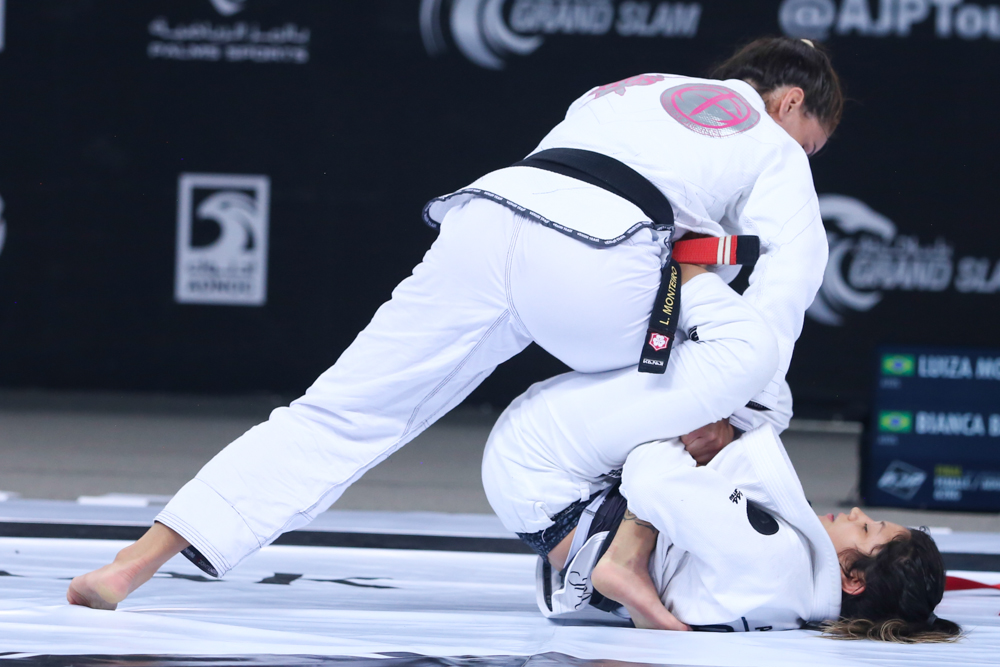 Bianca Basílio (Brazil) – Another huge contender for the top spot, Bianca will make her second ADQOM appearance with sights in the top spot. A three-time ADWPJJC champion and four-time ADGS champion, Basilio is a serious threat to all her opponents with a submission-driven game.

Brenda Larissa (Brazil) – One of the greatest talents of the new generation, Larissa has been dominating the 49kg division in the ADGS tour. She arrives in Brazil with the 13th ADWPJJC belt won this past November still shining. Brenda now wants a chance to fight for the crown.

Alexa Yanes (USA) – One of two Americans in the bracket, Yanes is well known in the AGDS circuit as one of the toughest opponents anyone can face. She has a gold medal in the Grand Slam and now she wants to solidify her position as one of the top players in the lightweight division.

Maria Eduarda Tozzoni Ono (Brazil) – Known as Duda Tozzoni, the young talent has already left her mark in the ADGS circuit with a gold medal in Rio, beating Brenda Larissa in the final. Now Duda wants to challenge all the top players at once.

Nathalie Ribeiro (USA) – American born in Brazil, Nathalie has stated that this will be the first time she will be representing her adopted country. A one-time ADGS champion, Ribeiro knows all the paths to victory and she intends to take one of them.