Day 3 of the Abu Dhabi Grand Slam Rio had it all. The Professional black belt division treated the crowd to a full day of intense action on the mats. It had comebacks, blowouts, all kinds of techniques, tons of submissions and awe-inspiring takedowns.

Light-featherweight (-56kg) – Oziel Santos and Welerson Gonçalves beat the favorites to reach the final. In the gold medal match, Oziel played smart to secure a narrow 1-0 lead and the gold medal. Before that, Oziel beat Yuri Soares 6-2 and Luan Pinheiro 4-2.

Lightweight (-69kg) – Fabricio Andrey and Meyran Alves gave it all in the gold medal match. The final was high paced and in the end Fabricio secured the title with a 4-3 lead. Before that, Andrey finished Wesley Santos, Klaus Maine and beat Leo Saggioro 2-1.

Welterweight (-77kg) – In the most crowded bracket of the division, Micael Galvão fought 5 times to secure the gold medal. He finished Daniel Quintas, Lucas Brito, Lucas Protásio and Natan Chueng all the way to the semifinal. The perfect campaign was completed with a choke from the back on Luiz Medeiros.

Middleweight (-85kg) – As soon as the clock ran out and victory was certain, Gabriel Silva yelled that today was his day. He was right. In five matches, he finished Erick Vinicius and Marcello Lamelle. After that, he beat Yan Paiva and Alex Munis by referees decision. In the final, Gabriel waited until the final seconds to score a point and beat Athos Miranda 3-2.

Light-Heavyweight (-94kg) – Erich Munis fought four times to claim the gold medal. He first beat Gustavo Borges 2-0, then outscored Hygor Silva 3-1. A 2-0 lead in the semifinal against Gabriel Oliveira put Munis face to face with Patrick Gaudio. A 4-2 score put Erich at the highest step of the podium.

Super-Heavyweight (-120kg) – Isaque Braz made a risky bet when he decided to compete against the big guys. Usually a middleweight, Braz went for it and made it work. In three matches, he beat Rodrigo Melo 4-2 and Wallace Costa 2-1. The final was against Pedro Pimenta and Isaque worked his way around the size and weight differences to win via the referee’s decision following a 0-0 tie. 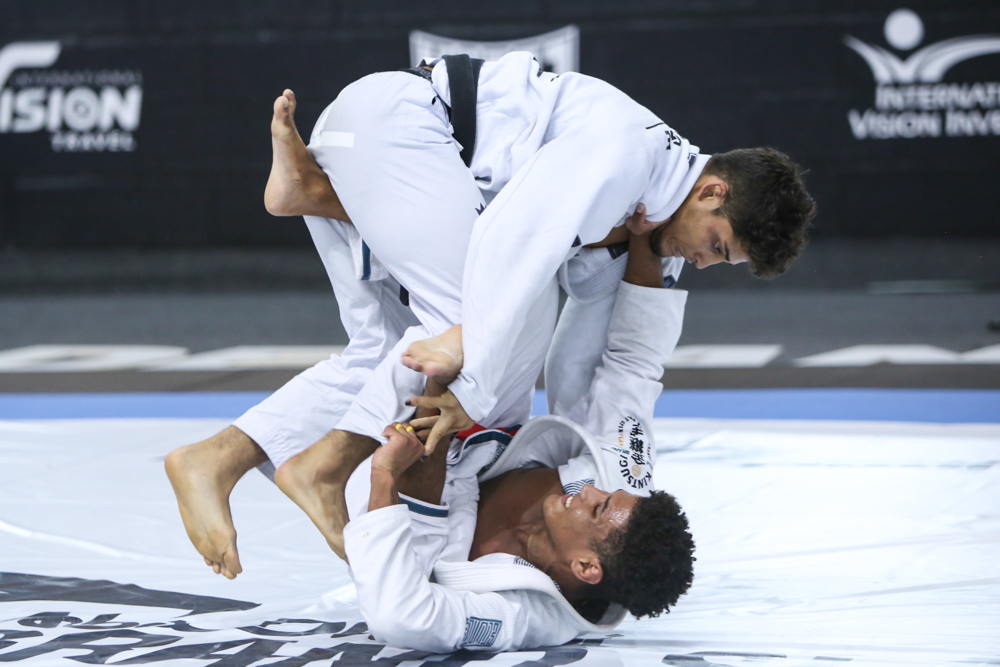 Featherweight (-55kg) – Ana Rodrigues worked har to get the submission in the final against Milene Silva, but she had to settle with a 11-1 lead and the gold medal. Before that, Ana beat Ana Schmitt 2-0 and Michele Oliveira by referee’s decision.

Lightweight (-62kg) – We have a back to back champion. Julia Alves defended her 2020 ADGS Rio title with competence. In the final, she faced a very tough opponent in Nathalia Zumba. A narrow 1-0 lead was the edge that granted Julia the title. Before that, Julia finished Ana Brito, Aurea Almeida and Luciane Silva.

Middleweight (-70kg) – The fate of the gold medal was decided by the narrowest of margins. Larissa Dias scored last in the very close final against Ingridd Sousa in a 2-2 tie to claim the title. Before that, Larissa beat Maria Cabral 17-0, Welma Almeida 6-2 and Izadora Silva via walk over.

Heavyweight (-95kg) – Yara Nascimento is turning the tides. After several tough defeats to rival Gabrieli Pessanha, Yara found a way to win. At the ADGS Rio, she made clever work of the right strategy to build a 2-0 lead while putting the breaks on Gabi’s dangerous guard. Before that, Yara beat Graciele Carvalho 5-0.

The 2021/2022 season continues with events all over the world almost every weekend. The next major event is the 13th Abu Dhabi World Jiu Jitsu Championship, scheduled November 14-19, at the Jiu Jitsu Arena, in Abu Dhabi, UAE. Go to ajptour.com for more info.

ADGS Rio: Black Belts in the Masters Division mix talent and experience in a thrilling day 2 of Jiu Jitsu in Brazil