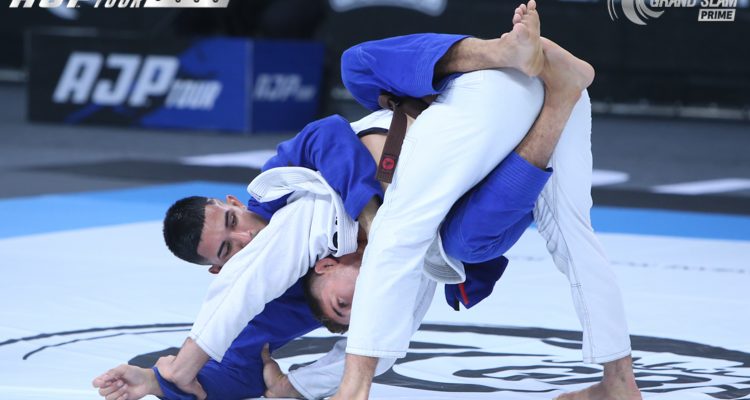 The Abu Dhabi Grand Slam Tour landed in Rio de Janeiro this Saturday, December 5, 2020. Day 1 of the ADGS Rio was devoted to adult and masters divisions in the purple belt and the brown belt.

First on the mats, the brown belts gave a great showing that they are ready for bigger challenges. In each weight class, champions had to negotiate tougher and tougher opponents. At the end of the day, here’s how the gold medal matches went:

Featherweight (62kg) – Leonardo Mariano and Lucas Carvalho had a close match that ended with a 4-4 tie. Leonardo took the title for having scored last in the match.

Lightweight (69kg) – Raimundo Sodré came back from a 0-2 deficit to beat Ademir Araujo 4-2 and secure the gold medal.

Welterweight (77kg) – Jhonathan Marques had no easy job in the final against Lucas Protásio. A 3-2 lead was enough to secure the title.

Light-Heavyweight (94kg) – José Neto made it to the top of the podium with a choke from the back on Vital Neto.

Super-Heavyweight (120kg) – Lucas Montalvão had a tough match against Leonardo Andrade, but was able to go ahead 1-0 and take the title home.

The purple belt division was another source of thrills. Both men and women in the division gave their all in search of the gold medal. The champions were: