Getting The Most From Your Adrenal System 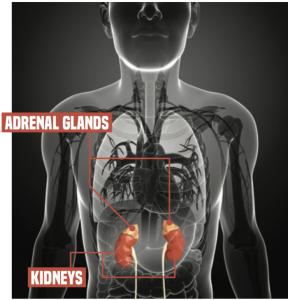 The adrenal system largely goes unnoticed or thought of; however, it plays a large part in your grappling performance. Most people have heard of the adrenal system, but few really know what exactly it is or does. The adrenal glands sit on top of the kidneys and are responsible for secreting certain hormones inside the body. They are often referred to as the “stress glands” due to their involvement in producing and regulating stress hormones inside the body. The two main hormones are cortisol and adrenaline. These two hormones ensure the proper amount of each are present at the right times, which is absolutely critical for maintaining performance and preventing overtraining. The adrenal glands are actually made up of two different parts, the adrenal cortex, and the adrenal medulla. The adrenal cortex is the outer part of the gland and is responsible for producing corticosteroid hormones, including cortisol, that are vital for survival by regulating functions such as metabolism, blood pressure, cardiovascular function, immune response, and inflammation. This helps keep your training on track long term, avoiding overtraining and preventing that “run down” feeling. This allows you to train hard week after week. The adrenal medulla is the inner portion of the gland and controls the hormones epinephrine (adrenaline), norepinephrine, and dopamine. While these are considered “non-vital” for survival, they do play a very important role inside the body. These hormones essentially control the “fight or flight” response in the body and how the body deals with physical and emotional stress. Your adrenal cortex is essentially what allows you to “turn it on” at the right times. For example, preventing that sweep, escaping that submission, or pushing for that pass at the end of the match to secure the win. Think of it this way, the adrenal cortex and cortisol help

is critical to maintaining homeostasis, overall health, as well as optimal performance. When one or both of these are not functioning properly, your body will not be able to handle and respond to stress properly. This can lead to an imbalance or buildup of certain hormones at the wrong time. If not handled properly and efficiently, things can quickly spiral out of control. 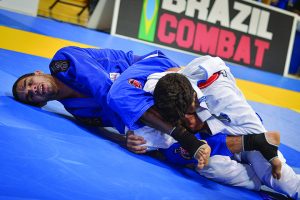 You may have heard of adrenal “fatigue” and you may have even been told you suffer from it. However, adrenal fatigue is not an actual medical condition. In fact, it is highly debated if it even exists or not. Despite this, it has grown into a huge marketing term and people are literally diagnosing themselves. It is oddly similar to the “gluten intolerance” epidemic that exploded in the past few years. Adrenal fatigue refers to a collection of symptoms that may be attributed to underactive adrenal glands due to prolonged stress. These include tiredness, trouble sleeping, trouble thinking clearly, sugar cravings, and numerous others. Have you ever suffered any or all of them? That is the problem. All of these are non-distinct and can be attributed to numerous issues or conditions. Some are just due to this condition called “life”. The problem with adrenal fatigue is that there is no scientific evidence supporting it due to the vagueness of it.

The bigger problem is that there is no official test to diagnose it. This keeps it in this gray area of self-diagnosis.

This can be dangerous as many people may think they have adrenal fatigue when it
is actually another medical condition that is going untreated. Now, there is an actual condition called primary adrenal insufficiency that is a recognized medical condition. This occurs when the adrenal glands do not produce enough hormones, usually due to damage to the glands. This can be tested and diagnosed. If you are suffering from any or all of these symptoms chronically and think it may be a problem, I urge you to see your doctor to ensure there is no underlying condition. 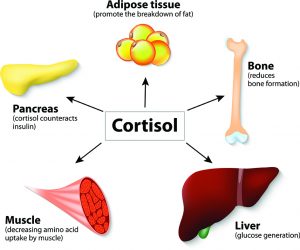 ❖❖Cortisol is necessary, but an imbalance can be detrimental to your health.

While adrenal fatigue might not be an actual medical condition, that doesn’t mean you shouldn’t care about your adrenal glands performing optimally. The general theory behind adrenal fatigue makes sense. If your adrenal glands are overworked and/or not working properly, it can significantly impact your health and life. If your adrenals are not functioning effectively, your ability to regulate and release stress hormones can become impaired. This may begin to interfere with metabolism, sleep, and ultimately recovery. It may also lower your ability to release adrenaline and thus diminish the fight or flight response. How would you like to go into your next tournament without adrenaline?

The most likely culprits for underperforming adrenal glands are the usual suspects: poor diet, poor sleep, and unhealthy habits. Cleaning up your diet, habits, and sleep pattern should always be your first step. No supplement or “superfood” will ever be able to replace a healthy diet, sleep, and daily habits. However, they are a few things that may aid in this process, especially if you already took care of the aforementioned items. 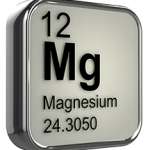 Magnesium is a common mineral that is necessary for numerous processes inside the body. But it plays an important role in adrenal function and stress management. Even though magnesium is such
a common mineral, it is one of the most common mineral deficiencies. Magnesium deficiency has been shown to increase stress and anxiety. It can also lower the initiation point for the adrenals, leading to overactivity and increasing stress hormones at incorrect times. There is also a suggestion that during stressful times, the body excretes magnesium at a higher rate in the urine. This can amplify the problem leading to greater deficiency and creating a cycle of stress hormones and magnesium loss. Maintaining adequate magnesium levels are not only necessary for adrenal function but also general health and performance. General doses are around 200-400mg and should be consumed with food. However, how much you need will be dependent on the level of deficiency. The best way to determine this is a blood test. This will give you the best idea of the dosage you should consume. The good news is that your body generally only absorbs as much as is needed. This means there are very few side effects if you go slightly over, as what isn’t absorbed in the intestinal tract will just pass through. However, too much can and will cause gastrointestinal distress. I recommend magnesium citrate or malate as they tend to be absorbed the best. 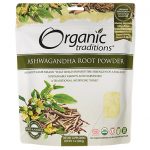 Withania somnifera, commonly referred to as Ashwagandha, is an herb used in traditional medicine. Recent studies have been showing very promising results for numerous different benefits of the herb. Ashwagandha is an adaptogen that helps the body reduce stress and anxiety. It has also been reported to help insomnia, improve immune function, reduce cortisol levels, increase physical performance, improve neural function, reduce LDL (bad cholesterol), amongst other things. Even though it appears that ashwagandha works, how it works largely remains a mystery. Despite the positive results seen in studies, researchers are still uncertain of the exact mechanism that makes it work. But one thing is certain, the studies show positive results. The general recommended dose is 300-500mg; however, some studies claim the optimal dose can be as high as 6,000mg with the preferred form being ashwagandha root extract. As of right now, there are no reported negative side effects of supplementation. While there is still a lot to learn about ashwagandha, it is definitely worth supplementing with.

Your adrenal system plays a huge role in regulating stress and maintaining homeostasis inside the body. Ensuring that it is performing optimally is critical for maintaining sustained performance and preventing overtraining. While diet, sleep, and a healthy lifestyle are the most important factors, the above supplements can help ensure your adrenal system stays healthy and performs efficiently. Give them a try and train hard.

Abu Dhabi Queen of Mats: Relive the Thrills of the Groundbreaking Lightweight Bracket in an All-Access Mini-Doc

Jeremy is a nutritionist and strength coach who works with MMA and jiu-jitsu champions. He obtained his Master’s Degree in Exercise Physiology from Baylor University. He is a brown belt under Robert Drysdale.
One Comment