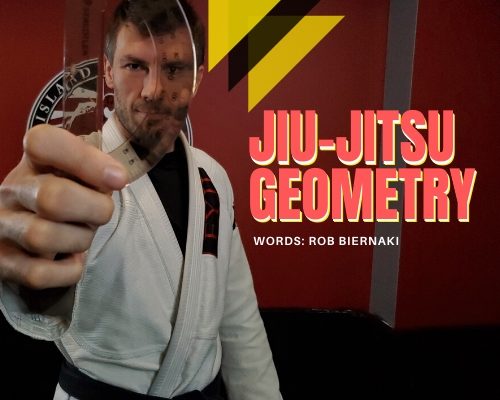 One of the first phrases you’ll hear when you start training jiu-jitsu is “position before submission”. This principle, which is a helpful rule of thumb, introduces the importance of controlling your opponent before attempting to submit them. However, I believe that there is an even more important phrase, which you never hear at most academies, and that is: Alignment before everything.

How many times, as a white or blue belt, did you attempt a submission only to have it fail miserably, followed by your opponent escaping your mount, or passing your guard? If you’re like most people, myself included, the number is depressingly high. How many times have you attempted a sweep and run into what felt like a brick wall? Or attempted a pass and ended up dumped on your ass or swiftly choked? Again, if you’re like most of us, the number is too high to count. The reason for these failures can be mystifying beyond the vague notion that you simply need to get better at the move. However, once you are executing a technique reasonably correctly, the main reason for it going wrong is because you are unaware of the alignment equation involved in all exchanges that exist in grappling, and didn’t address it properly.

Alignment is the term we use to describe the body’s optimal positioning to execute a physical task. In every sport you see, there is a best practice for how to hit or throw a ball, lift a weight, run, skate, etc. In jiu-jitsu, however, because of the thousands of techniques, and variations on them performed by various elite practitioners, it is much harder to easily arrive at the best possible way to do something. So what I would like to give you is a definition of alignment within jiu-jitsu and a way to use that definition to troubleshoot and adjust your techniques, but also to give you an entirely new way of viewing the art.

Alignment is made up of Base, Posture, and Structure. Base is a platform from which to apply and absorb force, specifically maximal force. It is relative to your opponent, and relative to your goals. If you have poor base you will be easily knocked over if on top, and struggle to resist pressure or move your opponent if you are on the bottom. Base can come from your contact with the ground, walls or cage, or even your opponent.

Posture is the integrity of your spinal column. If you overly bend or twist your spine, particularly by bending your neck into odd angles, you interrupt the kinetic chain, which is your body’s ability to use multiple muscles in conjunction with each other. Most people know not to allow their opponent to pull their head down, but many don’t realize that if their hips and shoulders are pointed in different directions, their spine is twisted enough to weaken them dramatically.

Structure is the efficient positioning of your limbs to achieve a goal. I often use the example of holding a pushup position. If I lock my arms out, I am using my bones to support my weight, but if I bend my elbows then I am relying on muscular force to hold me up. I will achieve the goal in both instances, but in the first one I will be exponentially more efficient, and I will succeed at the goal with significantly less effort, as well as for a greater period of time.

Every time you roll, there is an alignment score between you and your opponent. Base, posture, and structure add up to 3. You want to have 3, and you want your opponent to have less than 3. Small positional gains can be achieved with a score of 3 to 2. Dramatic positional gains and submissions are usually only achievable with a score of 3 to 1 or 3 to 0. This is why submissions are so easy to land on beginners because they constantly break their own alignment. This is also why people struggle sometimes to submit highly athletic beginners. Even while lacking knowledge of what the moves are, good athletes are much more aware of their own alignment than the average Joe, so they are much less vulnerable to those moves.

The mistake most people are making is thinking that what makes you effective at jiu-jitsu is knowing more moves. What truly makes you effective is the ability to maintain your own alignment, while denying your opponent their alignment. You could know all the moves in the world, but attempting to hit them on a high-level practitioner is difficult because an expert grappler is exceedingly difficult to take out of alignment, whether they know the precise move you are attempting or not. This is often confused for being good at “basics”, as though jiu-jitsu reached perfection in the 70s and every berimbolo is an insult to Helio’s memory. When people try to describe Roger Gracie’s game, they think it’s the “old school” moves that are so effective, when really, it is Roger’s ability to maintain his alignment, and damage his opponent’s alignment, which is the reason for his success. Different grapplers achieve this alignment asymmetry in different ways. Some do it with takedowns and top game, some with closed guard, some with fancy inverting back takes, some with leg locks, and a few exceptionally gifted ones with a combination of those elements. However, all of them achieve results because it isn’t the moves themselves that matter as much as the understanding of physics and body mechanics. Whether explicitly taught them by their coach, or implicitly gained over years of competing against the best, all high-level jiu-jitsu players have it. My goal with this article and the ones to follow is to help you gain the same understanding without having to do it the hard way. I want to give you insight into the concepts that underpin jiu-jitsu, the “why” of grappling.

At my academy we define Brazilian Jiu-Jitsu as the art of using frames, levers, and wedges, to affect your opponent’s alignment. This creates a vulnerability that you can use to control and submit your opponent, or create an opening to escape in a self-defense situation. Now that you have the definition of alignment, base, posture, and structure, feel free to check out the video with some examples of how this concept can be applied. I have a set of Core Concepts that give people what I call an adaptable problem-solving algorithm, which helps create more effective grapplers faster, and I would like to share these concepts with you. In the next article, I will explain frames, levers, and wedges.

Check out Rob Biernaki on our Twisted 1s Podcast:

Rob Biernacki runs Island Top Team BJJ in Nanaimo, BC, Canada. Bjjconcepts.net is his online academy, which features their conceptual approach to JiuJitsu, and a Pedagogy section, which is one of the only online resources for how to become a more effective BJJ instructor and school owner. In partnership with Stephan Kesting at grapplearts.com He has 4 instructional series available: The BJJ Formula, The Submission Formula, The Modern Leglock Formula, and the NoGi DelaRiva Formula. He may not be the most fun to talk to at parties, but if you want to kill time reading about BJJ Concepts on the internet, he's your guy.
One Comment