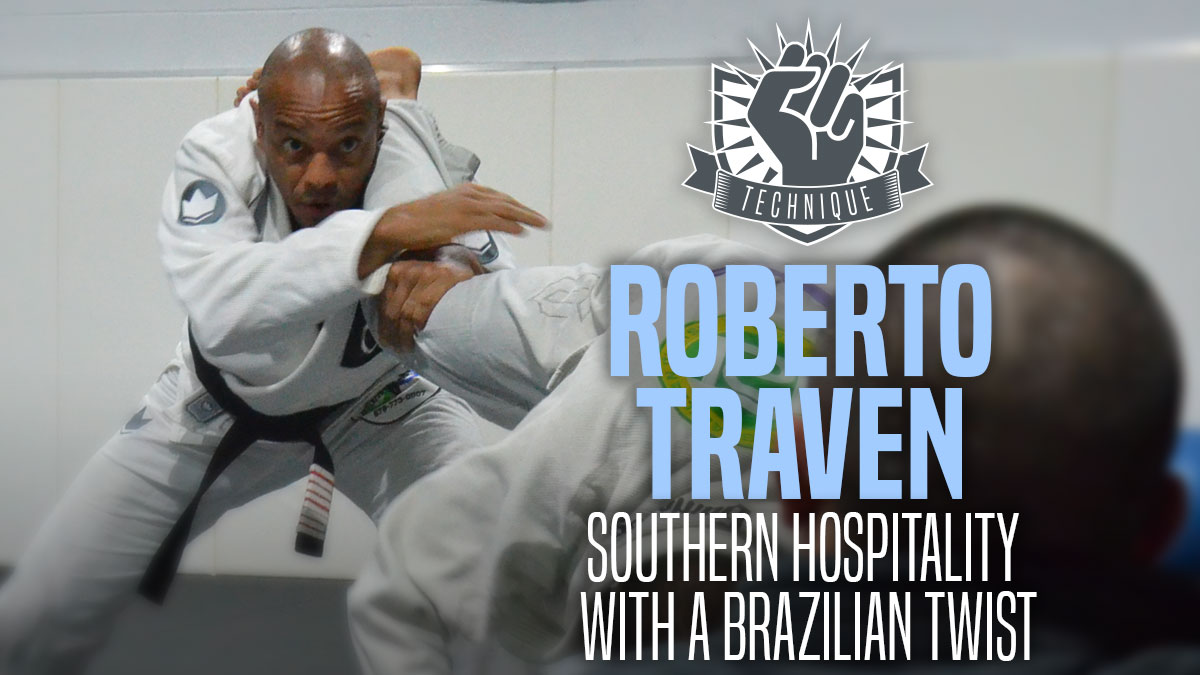 In the sport jiu-jitsu community, when you hear of some of the elite competitors moving from Brazil to the U.S., the usual assumption is that the majority tends to flock towards the coastal regions of surf and beach communities of Southern California or the warm tropical environment that South Florida has to offer. Let’s also not forget about the concentration of talent around the New York area too. However, like anything else, it seems that there are always those exceptions. In this case, we zone in on the quietly developed grappling community of the South, specifically, the Atlanta area. If you’ve been following the competition realm of jiu-jitsu, you’ll note the appearance of some exceptional talent there as well. Roberto Traven happens to be a part of that group.

Like many other fellow practitioners, Roberto was introduced to the art as a teenager in Rio de Janeiro. However, unlike many of his contemporaries, Roberto was able to excel at an exceptional pace and was able to earn his black belt in only four years from none other than the legendary Romero “Jacaré” Cavalcanti. Roberto would continue his involvement in jiu-jitsu by moving outside of Brazil to grow his own career as a competitor (Roberto has fought MMA matches for the WEC and UFC and won many major jiu-jitsu competitions) and to spread his jiu-jitsu knowledge as an instructor. After a brief stay teaching in Australia, it was a job opportunity to teach in the United States that brought him to Georgia, and he hasn’t looked back ever since. Since then, he has created one of the most formidable teams in competition today.

We had a chance to catch up with Professor Traven in one of his academies. Here is his story in his own words.

Stay tuned for a follow-up of some of the techniques that Professor Traven was kind enough to share with us.

F2W 106 Shines in the Sunshine State