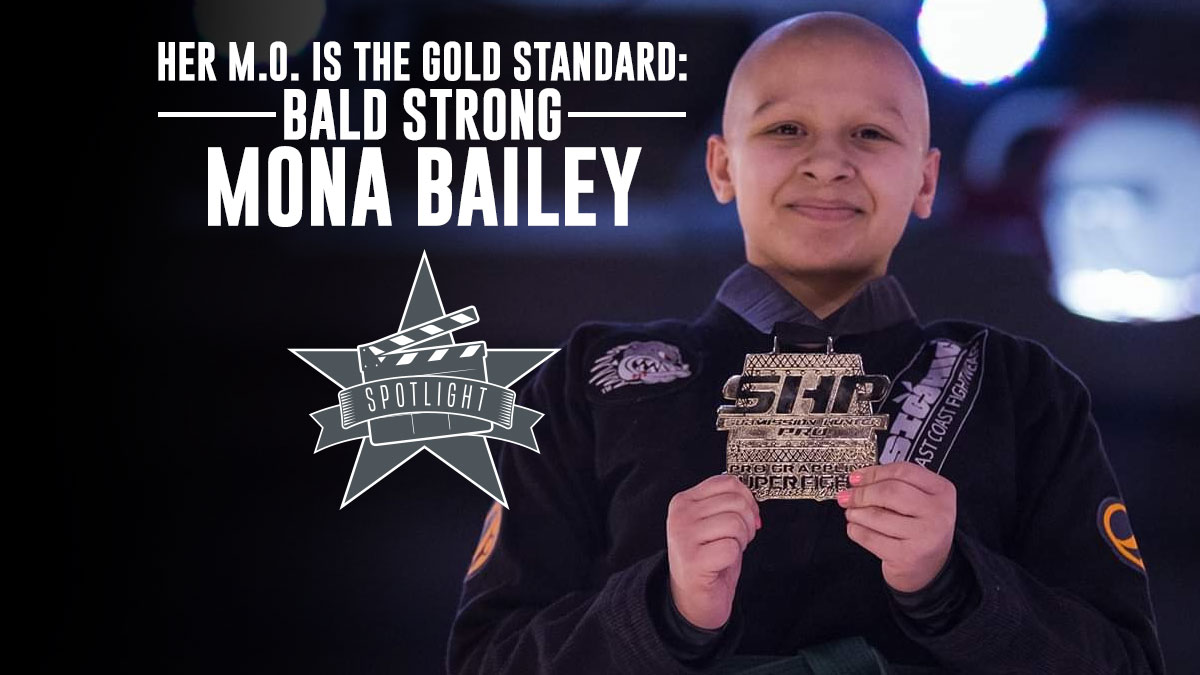 Her M.O. is the Gold Standard: Bald Strong Mona Bailey

It is a very common adage within our community to imply that technique conquers strength. However, there is what can be considered the counterpoint to that notion, that 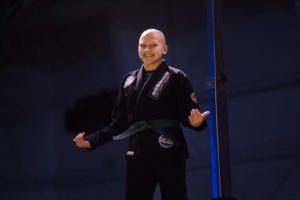 strength itself is the technique. In the case of Houston native Mona Bailey, the latter is most definitely the method of operation. Or simply put, the “M.O.” Now, the strength that we’re referring to isn’t your typical measure found when referencing a deadlift, squat or some other explosive physical act. What we are referring to is a bit more nuanced and subtle.

Just a quick glimpse into Mona’s trophy room tells the story of her prowess on the mats. You will find an absolutely staggering amount of championship belts, medals and other tangible symbols of earning top spot at a number of tournaments that stretch across the United States. At the young age of fourteen (at the time of this writing), Mona has already

accomplished much more than many of us will ever see in the form of competitive grappling. But even with all of the shiny hardware that graces the walls and shelves in her home, the mats serve as a mere stage to showcase a bigger message of strength and perseverance.

It was at the age of nine that Mona was diagnosed with alopecia areata (ar-ee-AH-tah). Alopecia areata is a type of autoimmune skin disease that attacks the hair follicles within the body.

Currently, there is no cure for alopecia areata. But the good news is that there are no known health issues that stem from having this condition. The largest obstacles tend to be of a social nature. Many times the aesthetics of alopecia get mistaken for a person having cancer or someone who has been stricken with a contagious illness. This can make some people feel a sense of unrest, which ultimately can lead to a socially awkward encounter. Mona actively works toward spreading alopecia awareness and has made it part of her mission to show that strength can come from adversity. As a matter of fact, Mona and her family have rallied around this circumstance and have created the “Bald Strong Mona Foundation,” offering support and encouragement to anyone who has been affected by this disease. They also help fund and provide wigs for families who might not otherwise be able to afford them. Quality wigs can be pretty pricey, but provide a powerful tool in coping with this condition. 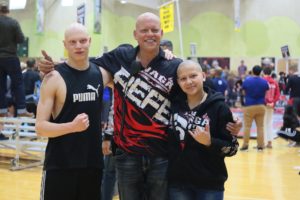 For Mona, this reality of alopecia is met with confidence. At this stage of her journey, it is a badge of honor, to be worn proudly for all to see and to be placed in that same impressive trophy room like all her other symbols of success. In other words, if alopecia is her “opponent”, then Mona has already slapped hands and bumped knuckles. It’s safe to speculate how this match ends. With Mona’s hand, once again, raised in victory.