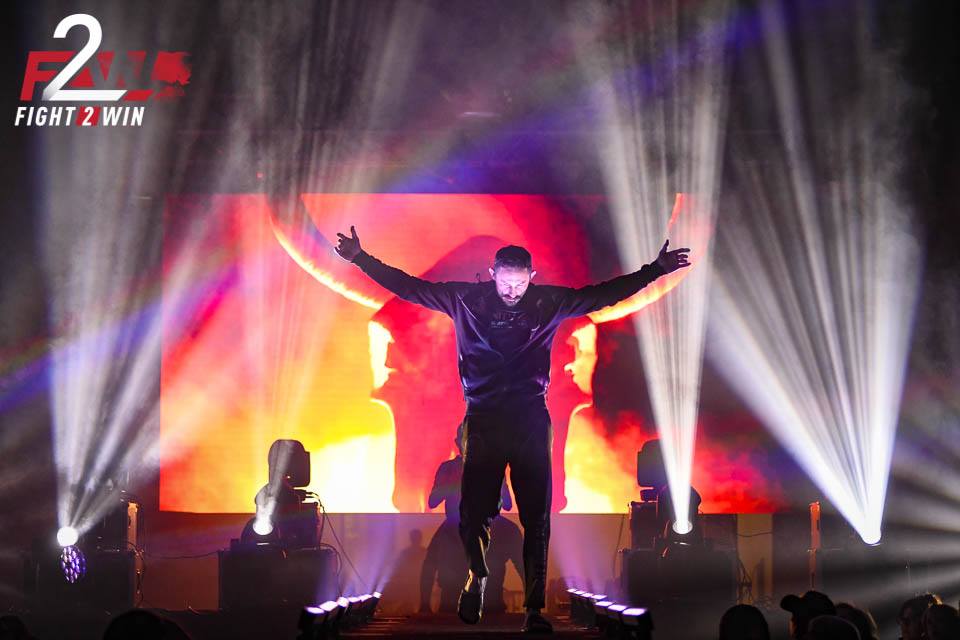 Tulsa OK – Did you know that the longest lightning strike ever recorded took place in Oklahoma and it stretched to 321km. That is 200 miles long for those of you who don’t know the metric system that well like me.  What else struck Oklahoma? Fight2Win 105! These fighters did not disappoint as they struck the stage and gave some lightning speed moves and submissions.

If you weren’t able to catch it live in person or FloGrappling.com, we have a recap here for you.

Isaque is the #1 ranked in the world and a 2018 World Champion.  Vitor is ranked #3 in the world by the IBJJF. The match started with them gripping each other’s Gis and standing head to head. Isaque dropped to pull guard and moves swiftly.  They try to look for submissions in the legs but then Isaque ended up in Vitor’s guard. Although Isaque is quick Vitor continued to move his legs around. The men exchange and had a technical guard battle.  Vitor put Isaque in half guard and they try to set up their grips. Vitor tried to set up the leg but had no luck but kept control of the leg. They both tried to attack each other’s legs but ended up 50/50 (quite a bit actually) as their legs were tangled.  They both continued to search for an attack in the legs and stay at 50/50 without compromising themselves. At 1:20 left, Isaque attempts a submission and held on to Vitor’s ankle and went belly down. This submission attempt pushed the Ref decision in his favor. 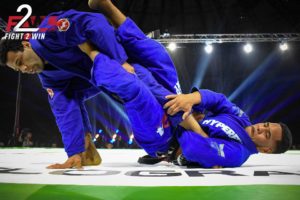 Both these men are former F2W brown belt middleweight champions.  Daniel started off low on the ground and Kevin meets him and they fight head to head and grip to grip. Kevin set up his guard and they ended up back on their feet.  Kevin sits down and brought it back to the ground but only for them to stand back up. Daniel does a takedown but Kevin welcomes it and sets up for a sweep. Kevin looks for a submission with the neck and searching for a headlock but Daniel used his legs to keep a gap.    Kevin stood up still tangled in Daniel’s legs. As Daniel tried to attack Kevin’s leg, Kevin caught Daniel’s heel and dropped back for a Heel Hook. 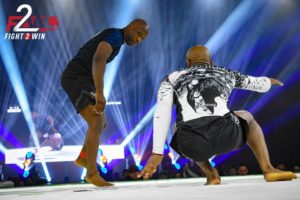 Scott McCann and Michael Ballestero are both making their F2W debut in this Judo match.  They have a grip fighting exchange in a very tactical way. They continued to fight for the grips to get a takedown. Scott was able to get Michael down but ended up in the turtle position and unable to turn him.  Michael attempted an ankle pick but comes back up and keeps a dominant grip on Scott. Michael threw another attempt: a Seoinage but Scott ended up in turtle. Michael, once again, tries to do a throw, but ends up in turtle and transitions to his back and sweeps Scotts leg. Michael is in Scott’s guard but the 20 seconds are up and the ref has them get back up.  Scott grips Michaels Gi and gets an Ippon. There were 27 seconds left on the clock as Michael attempts to even it out but ends up in turtle and time runs out. Scott McCann wins. 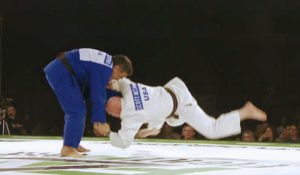 The future shined bright in the youth category. The two boys entered the ring in No-Gi ready to fight. These two boys did so well. They scrambled and just as Bobby went for an outside single leg, Jett pulled a tight guard bringing it to the ground.  Jett attempted submissions back to back; Kimura to an Ezequiel then to a Triangle. Jett keeps the triangle and keeps it tight as Bobby attempts to wiggle out. Bobby forces Jett to go Belly down and managed to get out.  Jett gets back to his guard game and set up his triangle again. Bobby continued to fight it but then taps. By the way, Jett is known as Jett the Red Rocket Thompson.

Her M.O. is the Gold Standard: Bald Strong Mona Bailey