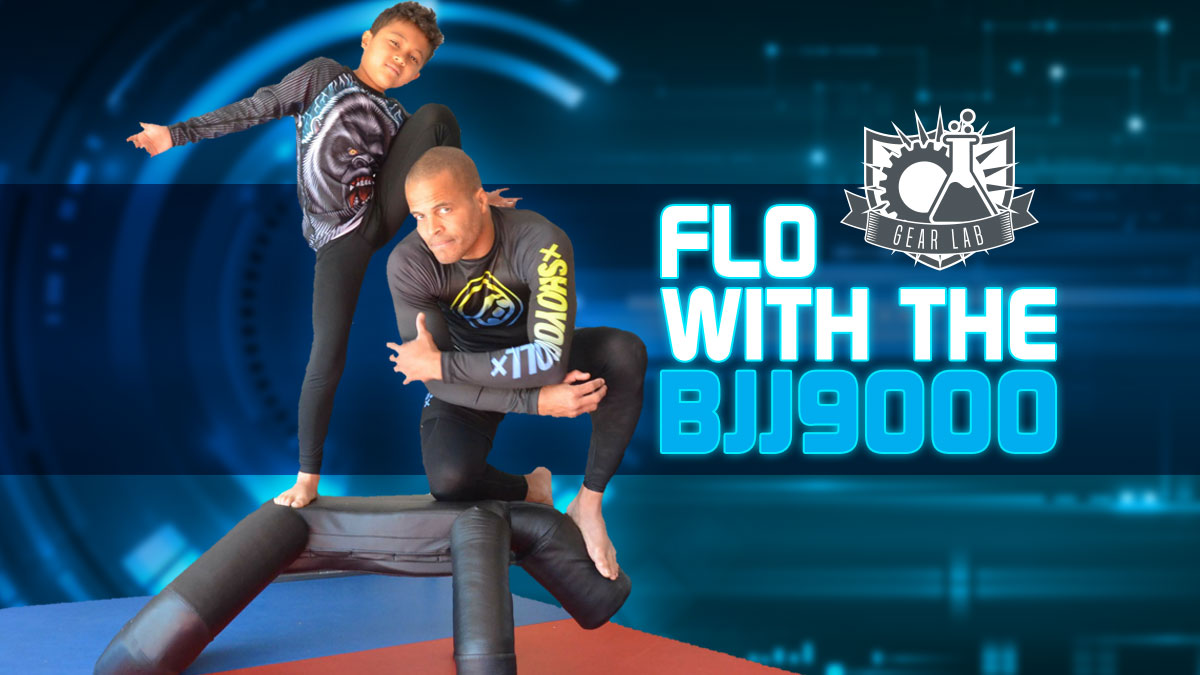 Flo With the BJJ9000 Jiu-Jitsu Accelerator

For anyone who has been involved with the grappling arts long enough, it’s pretty common to at some point experience frustration of not having a training partner to drill a technique with over and over again, let along get in a good rolling session. There are plenty of variables that come into play when broaching this topic. Either it’s a time issue, a patience issue, space, whatever the reason, that struggle is real. Queue up the grappling dummy solution. 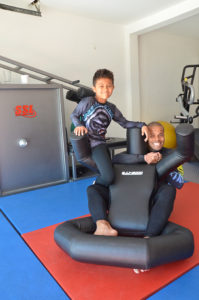 training tool in our community for a multitude of reasons. They are always willing to train with you, they will not get tired or impatient at your inability to nail a particular move the first six times (or in my case TWENTY-six times) you attempt the move, if MMA/self-defense is your thing of focus, you can lay in on them with some shots to the face (elbows and all! Tell me that’s not cathartic). However, with their value noted, there are a variety of grappling dummies to choose from, all bringing their own particular value to the table. But there is a new grappling dummy that… Well… Isn’t so dumb?

“The BJJ9000 Jiu-Jitsu Accelerator” was developed by Joe Wilk and Abe Wagnor. Experiencing frustration with the current grappling dummies on the market, they decided to take matters into their own hands and develop a grappling dummy that is a truly unique and intelligent design.

We had our good friend and “Master of Movement” B-Boy Flo Master and his son “Prince Kai” field test this for us. For many who may not know, Flo Master is a high-level B-Boy and legend in the B-Boy dance community how has danced with some of the biggest names 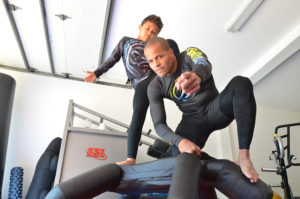 on stage, to include Jennifer Lopez, Usher, Christina Aguilera, Will Smith and many many more. But not only that, he is a life long martial artist and a jiu-jitsu practitioner with over 15 years on the mats and contributes his jiu-jitsu training as a healthy component to his daily regimen that keeps him in top physical form. Another interesting footnote is that he was one of the louder voices in his community to tout the abilities of accomplished 10th Planet standouts Richie and Geo Martinez once they got started in jiu-jitsu, enforcing the belief that their ability in the B-Boy world was sure to translate as well as it has in the jiu-jitsu world. So it’s safe to say, that when it comes to efficient movement, Flo Master is truly a master of movement. Here are some of his observations.

The first thing you can’t help but notice is the hexagon shape that simulates a closed guard. Never has there been a grappling dummy designed to mimic this very significant position in jiu-jitsu. But, we’ll get back to that aspect later to mention the very stable, welded steel-frame underneath the dummy’s exterior padding. The entire shape of the BJJ9K was thoughtfully designed with other key details such as the head being tilted at an angle to simulate a live opponent who would not be allowing their head to touch the mat in a real grappling scenario. The arms are also fixated in a way that will allow the BJJ9000 to stand on its own in a simulated turtle position and able to bear the weight of any size grappler, from child to ultra heavyweight.

Rolling With The BJJ9000

Once you start rolling with the BJJ9000, you immediately experience a grappling dummy like no other. Back to that closed guard design. With the rigidness of the “closed guard” 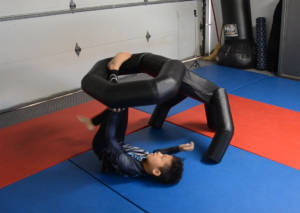 hexagon, you are able to execute legitimate passes that will challenge your technique and posture during your pass attempts. Also, after completing a pass, Flo enjoyed the fact that with its ability to maintain its frame, the BJJ9000 would actually wind up in a new and realistic position such as the turtle or the half guard. From the bottom, because of that same rigidness, in his tests with the BJJ9000 Flo found immense value in being able to move and carry the weight of the dummy by its ability to hold its own weight while maintaining its shape, rather than giving our due to any soft and non-rigid construction. 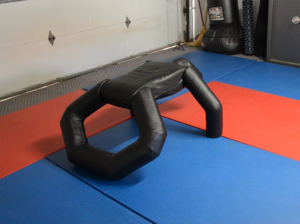 And speaking of that steel framework underneath the padding, Flo found that the BJJ9000 was able to be on the receiving end of the most aggressively executed armbar attempts without the slightest inkling or threat of damaged or warping the inner frame. The BJJ9000’s limbs are rated to withstand hundreds of pounds of pressure with ease.

All in all, after spending a significant amount of time with the BJJ9000, Flo was very happy with the many aspects it brought to the mats. From its ability to maintain positions and naturally “roll” into new ones, it lends itself to be highly adaptable to the range of many movements that I high-level movement specialist like Flo had to offer. Flo also noted that the weight of the BJJ9000 added value for an element of weight resistance work and in the process offered a piece of mind that what he was working with was one solid piece of fitness equipment. In other words, he liked it and he believes that you will too. And to that, you just have to “go with the Flo”. 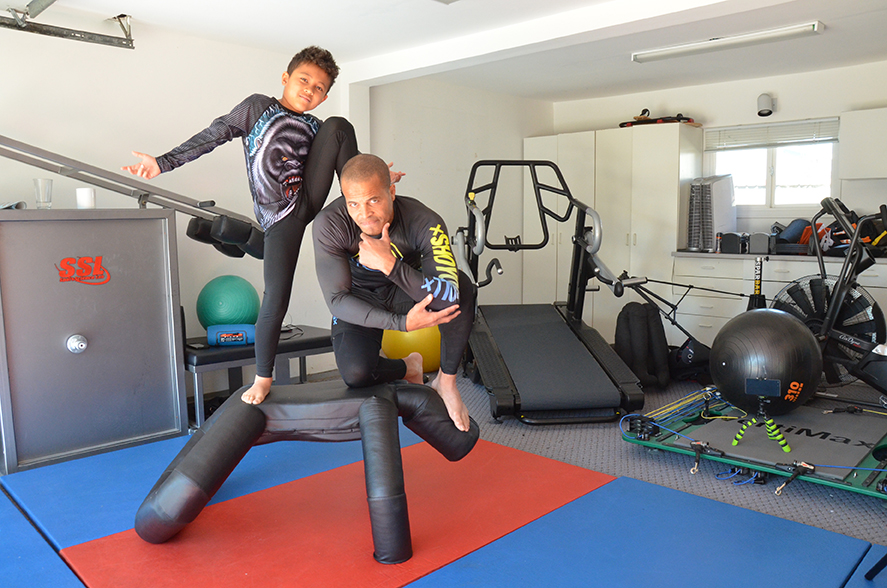 Check out the video of B-Boy Flo Master and his son Prince Kai putting in a casual real world “Flo session” with the BJJ9000 and his thoughts on it.