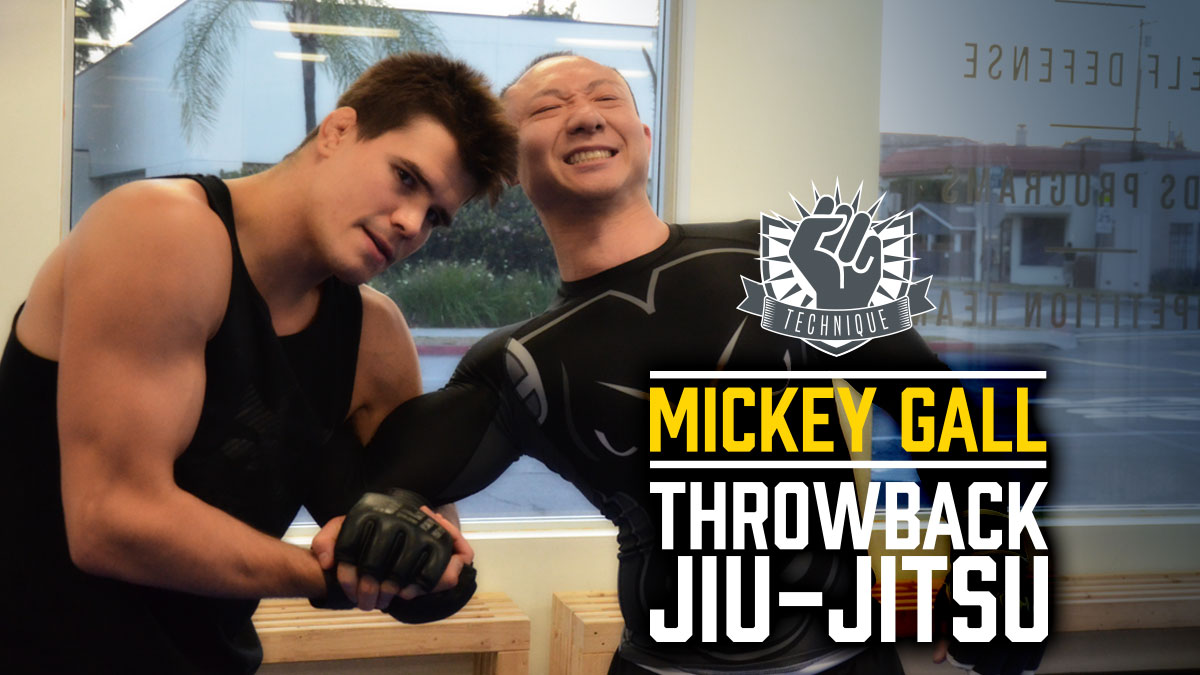 To say that the effect that UFC 1 had on the martial arts landscape was “groundbreaking”, would still feel like a mild understatement. To buy into the mantra of all of the martial arts that always claimed to be effective towards bigger and badder opponents is one thing. But to actually witness a little scrawny guy in his “Karate Uniform” (most people didn’t understand the difference) dispose of those other fighters that resembled action figures with relative ease, is a bit of a mind warp. You see, up to that point, most of the world only fixated on the physical beauty of a Bruce Lee, and the mysticism of ninjas, monks, Mr. Miyagi and any other non-westerner who flailed their appendages in the name of kick-ass and secret sects.

Well, it is a solid 25, and some change, years since that first UFC event and my, we’ve surely learned a lot. Especially the value of grappling, not only in standing positions but on the ground. There has been an explosion of knowledge and various philosophies in the application of said knowledge, new events have sprung up to challenge this ever-evolving landscape of limb twisting. However, somewhere along the path of jiu-jitsu culture, there has been somewhat of a detachment of the roots and origin of jiu-jitsu. Not to choose a side or make some sort of argument one way or another, because the truth is, we here at the magazine will consume jiu-jitsu virtually any way that it’s served. We love it all. But with some of these big events, the idea of self-preservation and self-defense has pretty much melted in as an afterthought for many. And that just goes against the spirit of what the first UFC was trying to showcase. The effectiveness of grappling in unarmed combat against what was at the time considered the more prominent and dominant forms of fighting.

For many who may not know who Mickey Gall is, Mickey is a Green Brook New Jersey native who, growing up, excelled in many of the coveted “traditional” American sports. Football, baseball, basketball, etc. He was captain of his football team and had aspirations of actually going pro in football. He even dabbled a little in boxing around the age of thirteen. But fate struck him when he was sixteen and a sophomore in high school. It was around that time that he was introduced to the UFC and it was around that same time where he made the decision to seek out jiu-jitsu and was met with open arms at Gracie New Jersey by Professor David Adiv, which is where Mickey still calls his home gym. To get a better idea of Mickey’s approach to jiu-jitsu and fighting, it begs to have a brief understanding of his instructor, Professor Adiv. Professor Adiv, is a black belt under Royler Gracie and had the opportunity to live in Brazil for a stretch and not only study under Royler, but also with Grand Master Helio Gracie, Professor Rickson Gracie, Saulo Ribeiro and many more. So there is that “old school” brush with the first generation of Brazilian practitioners that helped form Mickey’s philosophy towards fighting. It also should not go unacknowledged that Mickey was a student at Rutgers University which implies that there’s more under the hood than mere brute physicality. Mickey was introduced to many of us through Dana White’s online reality show “Lookin’ for a Fight”, which earned him a UFC contract. After receiving his UFC contract, he rattled off three submission wins before experiencing his one and only speed bump loss. Since then, he his back to his submitting ways and has secured another victory via submission and as of this writing is primed and ready to take on his next big challenge in the form of season one TUF champion, Diego Sanchez this weekend (March 2nd). We look forward to seeing Mickey and Diego incorporate some old school jiu-jitsu to secure yet another victory, not just for himself, but for “the culture”.

This technique, Mickey shows us the same technique that he used to all but secure his victory over Sage Northcutt on network television, displaying the diversity of jiu-jitsu and its ability to be more than “just a grappling” art.

Mickey likes to mix up his attacks by closing the distance in various ways, one method that he likes to use is the Imanari Roll. The Imanari Roll has been effectively used in grappling and MMA matches alike. And when done properly, it’s a great way to attack the feet and go right into a leg lock.

This is another technique that Mickey loves to identify as a good old school move that he credits the Gracies for the influence that it played for his use of it. He also took the liberty to coin it after another old school movie based off of the iconic scene in “The Bronx Tale” where the biker gang, thinking they had the upper hand on the situation, quickly came to learn that they had gone too far, and were not allowed to leave after the line was crossed. The same can be said to any opponent who has allowed themselves to get too deep into what they think is a superior position.

Just because your opponent may have secured a leg on their single attempt, doesn’t mean that the battle is lost. Oh contraire. Mickey shows us how this very scenario is, once again, the only the beginning of their demise.

This is a nice overall tool to have available to you as an open in your open guard arsenal. However, it’s really nice to use if the previous technique get properly countered by your opponent posturing up and out of your triangle attempt.