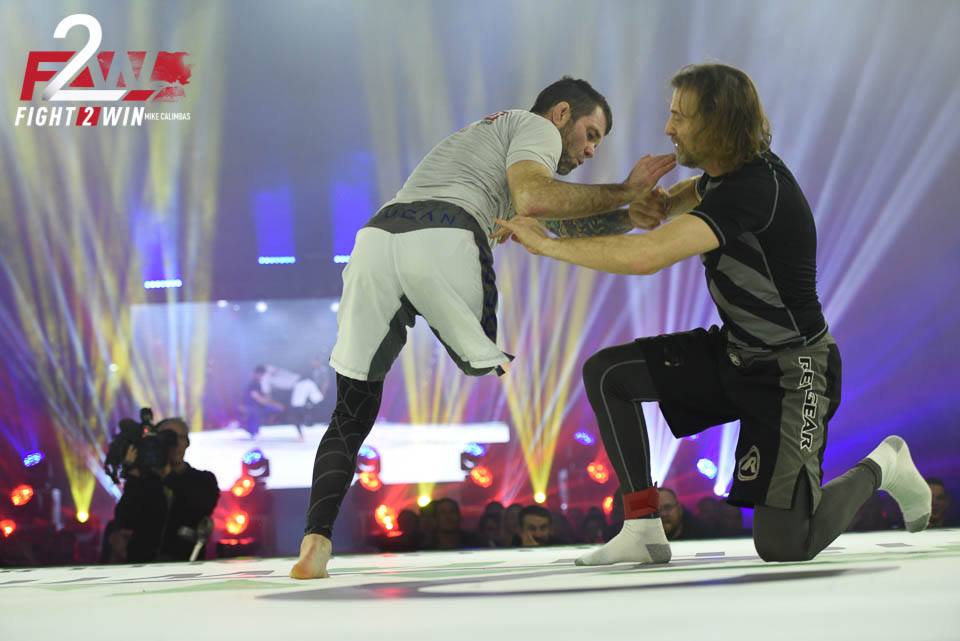 Denver CO – Fight2Win returned to its HQ to host the 101st installment of the most exciting party in jiu-jitsu! However, F2W101 returned to Denver offering a slight twist with its inclusion of competitive Judo.

With its usual brand of matches in the “super fight” format, F2W101 featured plenty of exciting submission finishes throughout the evening with a few championship belt matches as well. Here’s a recap of a few of the evening’s notable matches.

In a purple belt match that was deemed the evening’s first “Submission of the Night” award, one-legged grappler, Rustin Hughes, representing “B-Bold”, a Veteran owned and operated nonprofit helping individuals with disabilities through adaptive sports, squared off against Anthony Werner. A high paced matched that started with Werner pulling half-guard and Hughes aggressively attacking to pass. After a few exchanges, Hughes dropped back from top half to attack Werner’s leg and secure the heel hook. 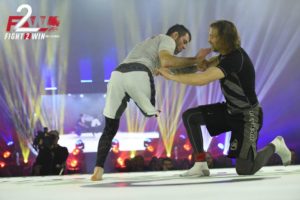 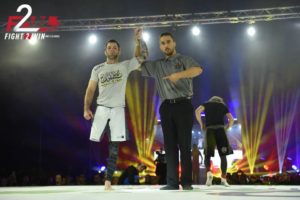 Fight2Win’s fearless leader, Seth Daniels, changed took off his promoter/event director hats to dawn his competition gi and match up against Kuhio Tabancura. In a short, but very exciting match that nearly saw Daniels give up his back, only to eventually initiate and counter his own leg trip to secure the takedown and immediately attack with a wrist lock from a very tight top half that would open up the opportunity for Daniels to secure a Kimura submission and celebrate with a two-birdie kiss to the winds. All without losing or swallowing, what seemed to be gum in his mouth the entire match. 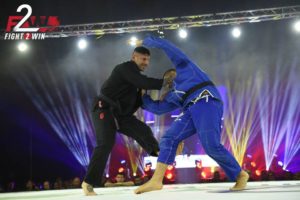 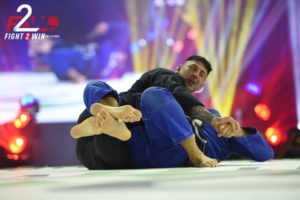 This match was for the Brown Belt Welterweight Title and was of further interest due to the fact that Alex, after winning his match earlier in the evening via decision, was a last minute replacement due to injury to the regularly scheduled competitor, Connor Donaldson. The match started with Alex pulling immediately in DLR Guard to score a couple of omoplata sweeps while constantly threatening with the omoplata submission. Coe threatened with his own leg and foot attacks but eventually came up short with Yablong scoring the split decision victory. 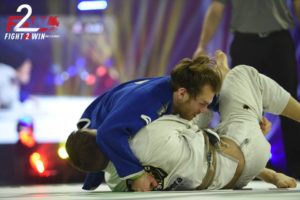 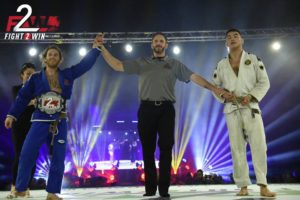 In a special feature match that was touted as “old school judo rules”, which meant that some of the rules allowed are not part of the current international competition rule set. Some key rules are:

Reser, a 2007 Judo Pan American gold medalist and member of the 2008 US Olympic Team had his work cut out for him going up against Torres, a judo and jiu-jitsu black belt and former member of the Mexican national team as well as Bellator MMA fighter. The match did not fail to excite as both Torres and Reser battled hard and at times came perilously close to falling off of the mats and at one time actually doing just that. In a toughly contested match, it was Reser who was able to secure the ippon for the win. 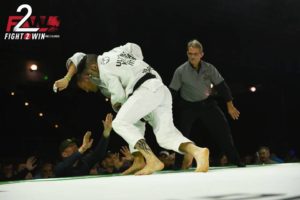 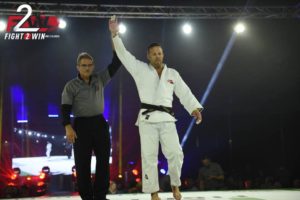 The main event featured last weekend’s main event competitor Tracey Goodell returning to the F2W stage in less than a weeks time, travelling from her home in Hawaii to F2W and her opponent, F2W veteran Vanessa Wexler’s hometown in Denver CO. Once again, the main event did not disappoint as we witnessed Goodell and Wexler secure “Fight of the Night” honors, with Goodell stringing together continuous wins and emerging victorious by securing a loop choke to become the 135lb Bantamweight ruler. 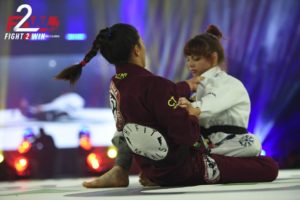 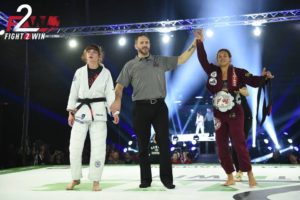 F2W continues its breakneck pace of putting on some of the most fan-friendly jiu-jitsu events. Next stop, F2W102 in Rio Rancho NM. If you can’t be there to see it there live, check out the livestream on FloGrappling.com and be sure to come back here for a summary recap of all the action that took place.

Here are the events full results: