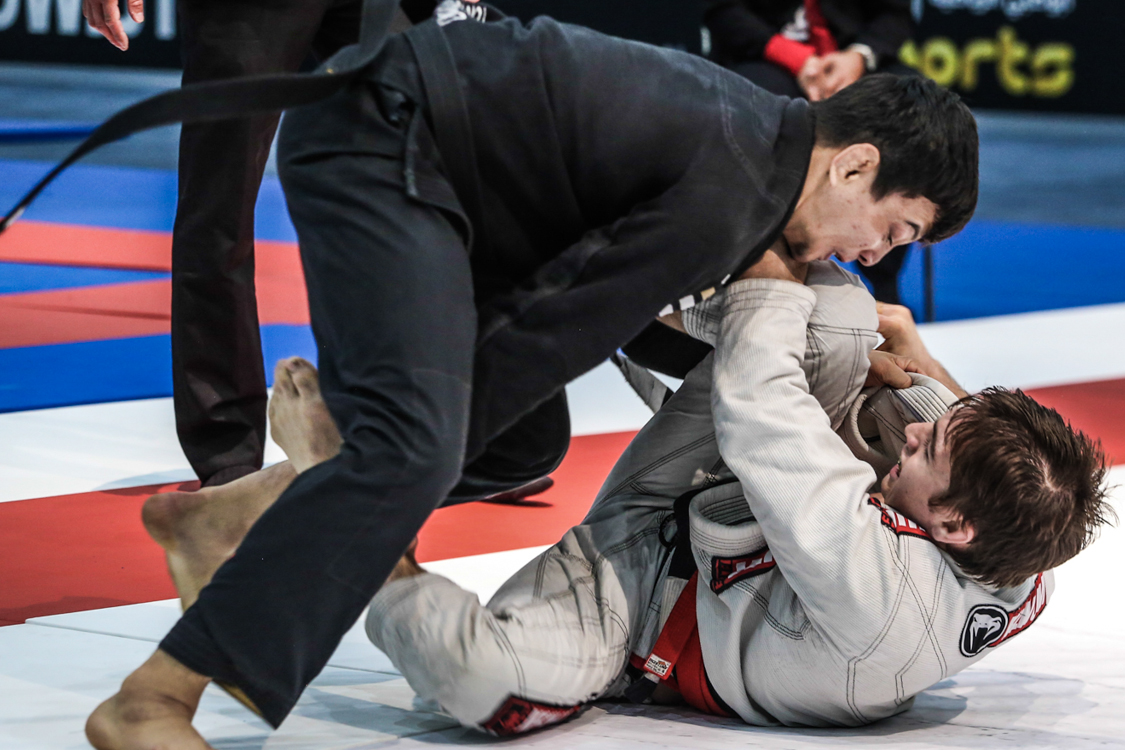 After the heavyweights in Los Angeles this past September and the middleweights in Abu Dhabi just one month ago, the UAEJJF’s Abu Dhabi King of Mats series of invitationals returns for another event sure to be epic.

On March 10, on the final day of the Abu Dhabi Grand Slam Tour London, ten of the best lightweight competitors in the world will clash to decide who comes out on top.

The UAEJJF has announced three of the 10 names invited so far and they could not have been more exciting. Here are the first three names announced.

Gianni Grippo (USA)  – Training out of Marcelo Garcia’s academy in NYC, Grippo is one of the most fierce and talented black belts in his generation. A 2X black belt ADWPJJC champion, he’s right up there as a favorite to nab the winner’s trophy.

Paulo Miyao (BRA) – Also training in NYC, Miyao is slowly returning from a 2-year suspension for use of illegal substances, but his first appearances showed he has not slowed down. Also a black belt ADWPJJC champion, Paulo has to be seen as a big favorite for the title.

Marcio André (BRA) – Another fierce lightweight competitor, Marcio André has a black belt ADWPJJC title under his belt and many other accolades. He has faced and beat both Miyao and Grippo in a few occasions and cannot be underestimated in this roster.

New names should be announced in the coming days and they are sure to maintain the level of skills the first three have. Stay tuned for more news soon. Register now for the final leg of the Abu Dhabi Grand Slam Jiu-Jitsu World Tour, in London, UK, on March 9-10. The final deadline is March 5. Click here for more info. Follow the complete coverage on instagram @ADWJJT. Watch it live on Flograppling.com.

New Year’s Resolutions and Sticking to Them