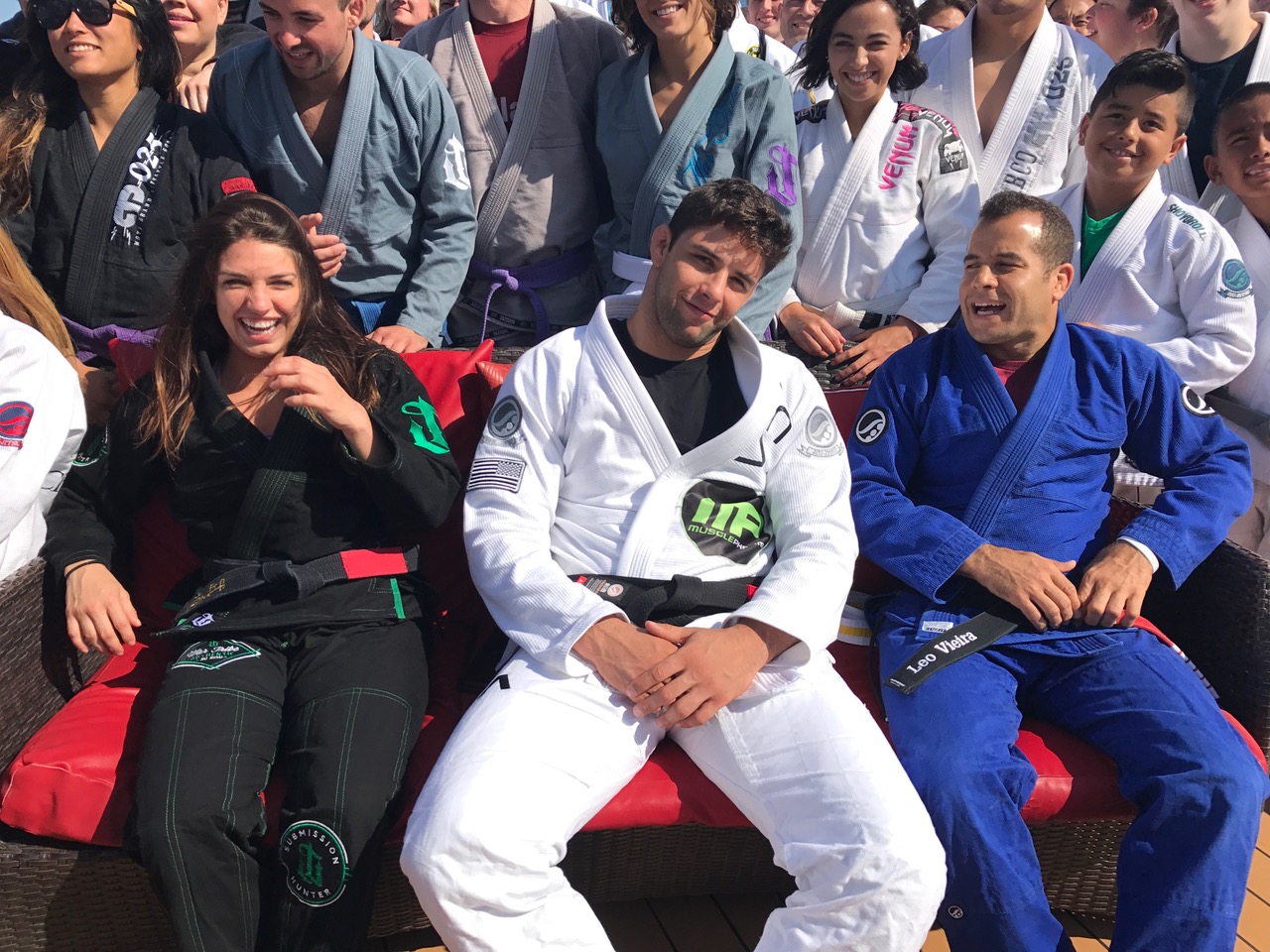 Crystal waters, Cocktails, and Clean mats. Water slides, jacuzzis, sun-bathing, and multiple time World Champions.  These were items on the checklist that I expected to encounter when I signed up for my first Grappler’s Escape cruise. Little did I know that what was in store would defy all expectations of a typical vacation.

As a three-time Grappler’s Escape attendee, I have been impressed by the company’s 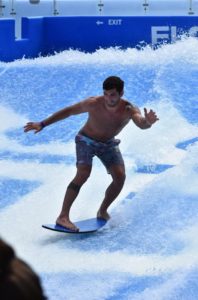 penchant to over-deliver on every occasion. What made the experiences truly special for me has not been the world-class training, the unbelievable food, the 5-star accommodations, the beach parties, the piano bars, the late-night dance-offs, or even the breath-taking views. Each cruise delivered on one specific component that made me truly feel as if I was part of a worldwide community; the friendships formed off the mat.  I attended the Pedro Sauer cruise as a fairly new purple belt, looking to round out my game with the coral-belt master and a select crop elite black belts; Rylan Lizares, coach to UFC champion Max Holloway;  Henry Akins, the fastest Rickson Gracie white-to-black belt on record; and Jeff Curran, a UFC and ADCC veteran.

The first night on the cruise I couldn’t help but pinch myself as I sat at a bar with Jeff talking about some of his craziest battles in the octagon. Here I was, one-on-one with an MMA legend and jiu-jitsu pioneer, candidly recollecting some of his war stories at the highest levels of martial arts competition. What made it even more amazing was the fact that his gym in Crystal Lake was a mere hour and a half away from where I trained at in downtown Chicago. In fact, he happened to know my instructor by reputation and spoke highly of him.

The night before the cruise returned to dock, he informed me that he would be staying in Chicago over the next week coaching one of his fighters at an upcoming UFC event. Literally more nervous than I had ever been asking a girl out on a date, I asked Jeff if he thinks he might be able to find a couple spare hours to come train at our downtown academy and meet my instructor Adem Redzovic.

Not only did we all train together several days later, that day Jeff and Adem formed a connection and have since exchanged seminars at each other’s schools. A gate had been opened welcoming students at either school to cross-train. I have since developed many close friendships with Jeff’s students, taking the opportunity to drive up there to train every month or so.

Fast forwarding to the next cruise, we had an A-list lineup consisting of Mackenzie Dern, 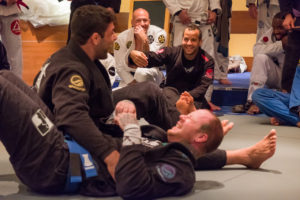 Marcus Almeida “Buchecha,” and the legendary CheckMat head coach Leo Vieira. The highlight of the cruise for most had to be the ‘Dirty Dancing’ dedication that Mackenzie and Buchecha performed on the dance floor the first night. Talk to one of the previous attendees and you might find they have iPhone video of the occasion worth its weight in gold.

As a jiu-jitsu competitor, my highlight was a little bit different. I had specific goals to use this trip as a way to make a significant leap in my jiu-jitsu, therefore a couple days in I found myself up in a deserted weight room overlooking the ocean save for one figure in the corner blasting away on the treadmill at a full sprint. Buchecha.

I quietly did my cardio on an exercise bike, peering out of the corner of my eye as I witnessed the reigning absolute champion prepare for another run at the Worlds in less than a month. He pushed himself to absolute exhaustion, no easy feat when you are already a finely honed professional athlete. I almost felt sheepish for the moderate intensity that I had been pedaling for all those minutes. I was inspired to triple my output, surprising even myself as I looked at my calorie count nearly an hour later.

As a jiu-jitsu fanatic, I couldn’t help but think “Wow, what rare treat to be in this room right now.”

Buchecha came over after and chatted up a bit. I recall his appreciation for being on a trip where he could still train for the World competition, having a veritable stable of 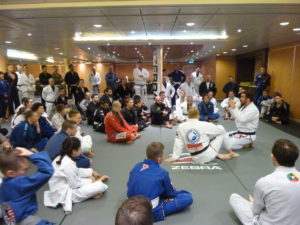 enthusiastic training partners at each training session, eating from a varied assortment of all-you-can-eat food, with access to a full weight room around the clock. At the following cruise a year later, Lucas Lepri would replace Buchecha as the resident athlete that lived in the weight room during his downtime. Both athletes would go on to repeat as IBJJF World Champions a few weeks after their trip.

I truly enjoyed the open-seating format at the group dinners, allowing us to mix and mingle with training partners from all around the world. I had an opportunity to share a 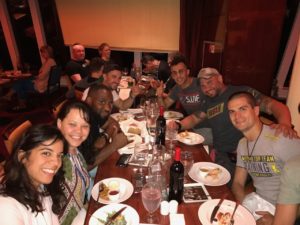 meal with all the legends at least once. On one occasion, I sat with Leo Vieira, Buchecha, and Mackenzie at a table with other members of the CheckMat team. A year removed from that trip, I would move out to California to begin training with Leo and Team CheckMat, having been inspired by his approach towards competition and the overall camaraderie of his students. To say that the cruise had been a life-changing experience for me would be an understatement. It literally inspired me to move halfway across the country for my training!

This underlines a key point; the trip is what you make of it.

Do you hope primarily for a relaxed vacation-like approach to your training, coming and 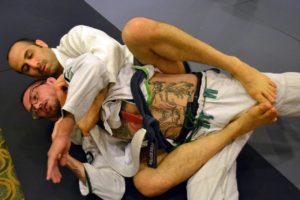 going as you please, training as much or as little as you like, prioritizing leisure above all else? You’ve come to the right place. Do you care to train 6-8 hours a day, every day, learning from some of the best in world, looking to up your jiu-jitsu in a short amount of time and boosting your game to another level? You too have come to the right place. Bring the family. Unwind, train, catch some rays, eat world-class food, and mingle with folks who have similar interests as you.

What more could you ask for from a vacation? For more information on Grappler’s Escape click here.

Arman Fathi is a Jiu-Jitsu Brown Belt under the Redzovic family in Chicago. You can find him training in Southern California frequenting CheckMat HQ, 10th Planet HQ, and Gracie Academy HQ. Follow him on Instagram.