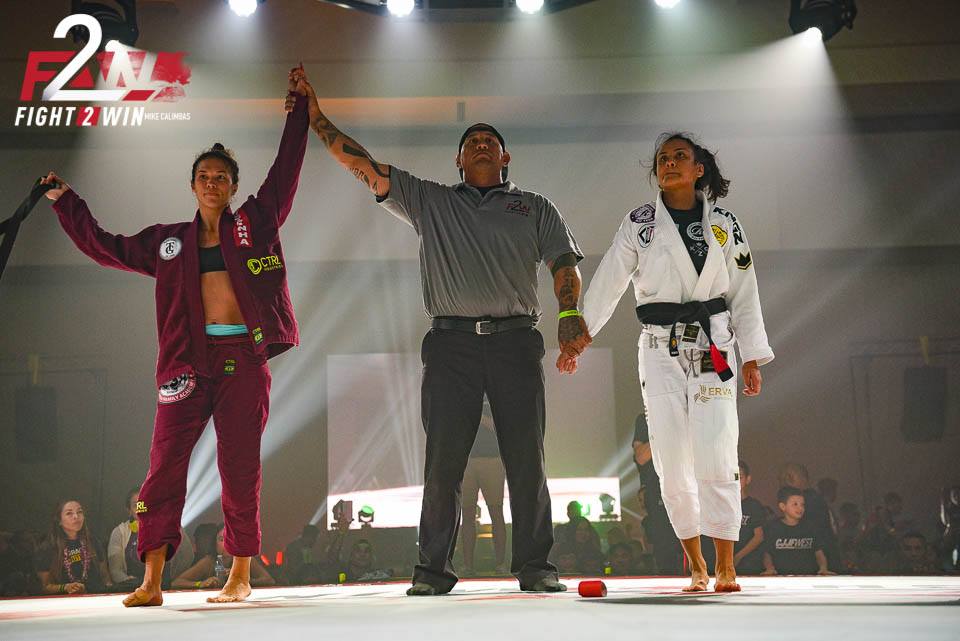 Aloha! Fight 2 Win Ushers in Its Century Event From the Beautiful Island State

Fight 2 Win’s 100th event was brought in with style with the beautiful south shore of the Pacific island of Oahu offering a world-class landscape that offered the competitors and fans many “oo & ah” moments. It’s only fitting that the action of this 100th show elicited the same reaction with many of the matches that took place. The evening featured thirteen submission victories of many different flavors. The first submission of the evening was kicked off in fashion by Gracie Technics competitor Patrick Diego who was able to pull off and earn a very well contested Omoplata victory in the prelim section of the show.

Also on the prelims and speaking of shoulder locks, the females were well represented by Celeste Gage, who was able to attack from guard with an Omoplata attempt and turn it into a sweep to eventually

secure a match-winning unconventional Omoplata from the side position. Jumping to the main card we were able to witness a pair of well-executed footlocks by Pete Shoemaker and Jeff Huang. The evening main card finished strong with a string of submission finishes featuring a slick triangle from AJ Mendoza and in the main event Tracey Goodell capped the night with a triangle armbar combo from the mount. Milestone events are usually a mark of something special and Fight2Win 100 was to signify the growth of the movement to showcase jiu-jitsu talent from all over. Seth and 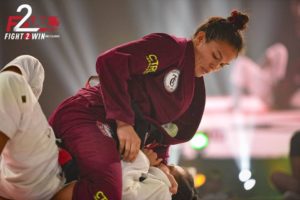 Missy and team have continued to set a relentless pace with a high production value, with their Fight2Win series and there was no better place to showcase it other than a region that is often compared to something as a fantasy with more to come. Here’s to the first one hundred events and all the best to many more.

Below are the complete results from the rest of the evening.