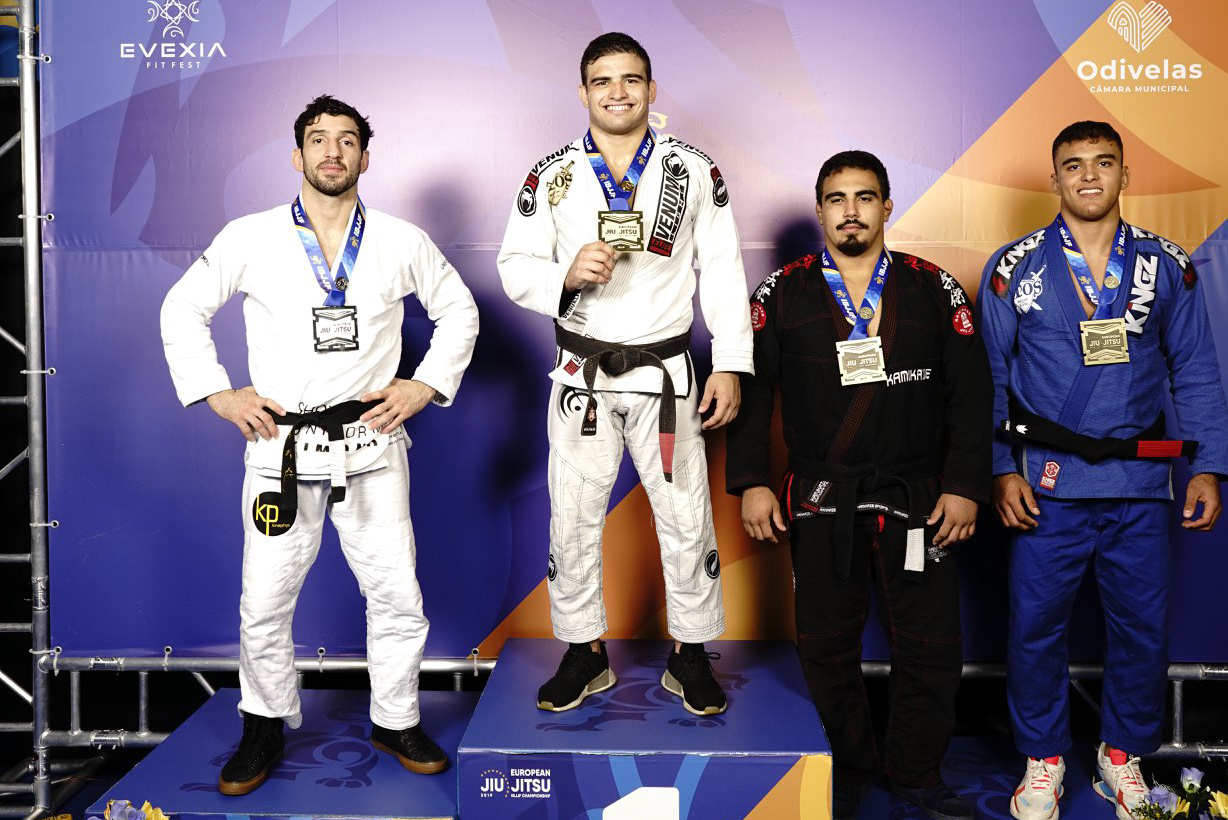 The 2019 IBJJF European championship wrapped up this Sunday, in Lisbon, Portugal, with the black belt champions being crowned after two full days of matches.

Both well known names and upcoming stars stunned the crowds at the Pavilhão de Oldivelas with exciting performances. Here are the final results in the adult black belt division.

Heavy – Gustavo Batista and Kaynan Duarte closed out with Kaynan taking the title.

In the UAEJJF circuit, the weekend had events in Asia.

On January 19, the Japan National Pro gathered hundreds of athletes in Tokyo for a full day of Jiu-Jitsu. In the black belt division, Robson Tanno beat Alberto Serrano 2-0 on points to win the 77kg weight class. In the 94kg division, Youngham Noh finished Yuji Arai for the 94kg division title. In the teams competition, results were: 1st – Axis JJ; 2nd – DCBS; 3rd – Infight Japan. Click here for the full results.