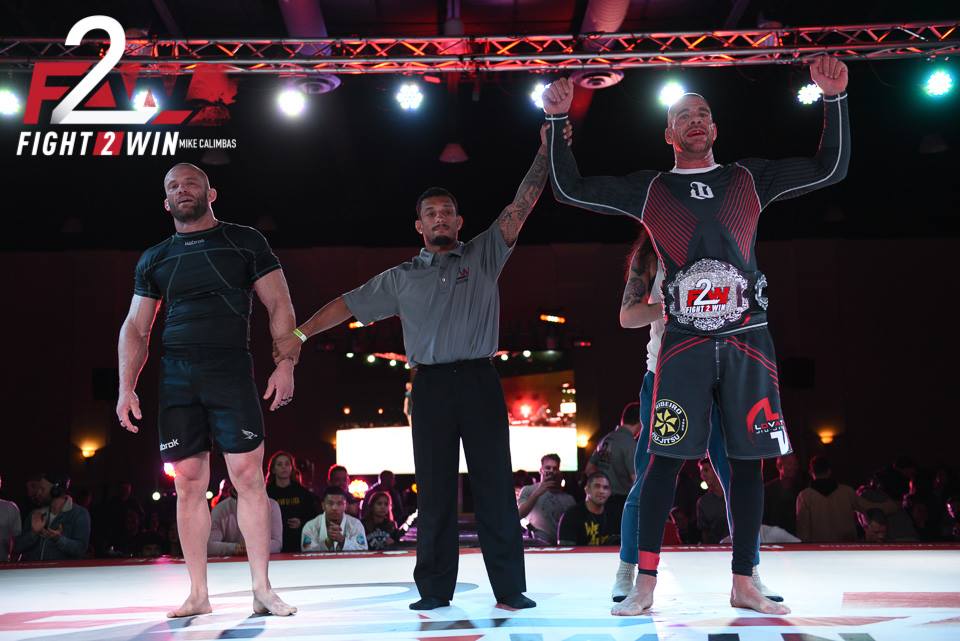 The Party Continues With Fight2Win95

Fight2Win brought the party in their first return to San Diego in over three years! And boy did they not disappoint. From their talent stacked line up to the venue they booked (F2W’s last show in the area was F2W5) it was obvious that F2W is a growing, world-class production determined to put world-class jiu-jitsu on a world-class stage. Paying the participating athletes a disclosed sum of $38,000 combined, and another show lined up for the following weekend, it goes without saying that F2W is providing unique opportunities for jiu-jitsu athletes to not only get paid for their participation in their promotion, but give the athletes a platform to showcase themselves, thus giving them opportunities beyond the event to promote their academies and themselves, that is sure to not only grow the athlete’s profile but the art as a whole, which can only be a good thing in the bigger picture.

As for the results. In the signature event of the evening, we saw Rafael Lovato Jr. representing San Diego based Ribeiro Jiu-Jitsu take on Joh Hinger from cross-town jiu-jitsu powerhouse Atos. In a tough match that saw Hinger score a beautiful duck under takedown to initiate the ground phase of the battle. In a contest that saw Rafael attempt a Kimura that resulted in a sweep, Hinger had his moments with a go-go plata attempt and counters to Rafael’s pass attempts until the final sequence found Rafael executing his well-known pressure passing arsenal to eventually seal the deal in the judges eye, but not without a last ditch effort by Josh to attack with his own well-known signature attack of “The Hingertine”. Outcome: Rafael Lovato Jr. earning the F2W Light-Heavyweight No-Gi strap.

In another key match of the evening, in the co-main, we saw Tubby Alequin defeat Jena Bishop via decision to become the F2W Bantamweight Black Belt No-Gi Champion! Congratulations Tubby!

But in the biggest match of the evening (well, at least to us in the halls of Jiu-Jitsu Mag) we witnessed the epic match between the man who signs all of our checks Mike Velez lose a 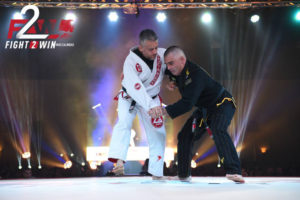 unanimous decision against Jim Lawson, the man who apparently didn’t get the memo of who signs our checks. In a match that may have ended via submission with a less durable opponent, we saw some intestinal fortitude on display as Mike was able to withstand all of Jim’s submission attempts and hold on to finish the match and go the scheduled distance. Hopefully, we can now work in peace and have to listen to these two blither back and forth about whatever it is they blither on about (we have to admit, we tune them out frequently). At the end of it all, it was great to see those two go at it in the spirit of good, friendly competition.