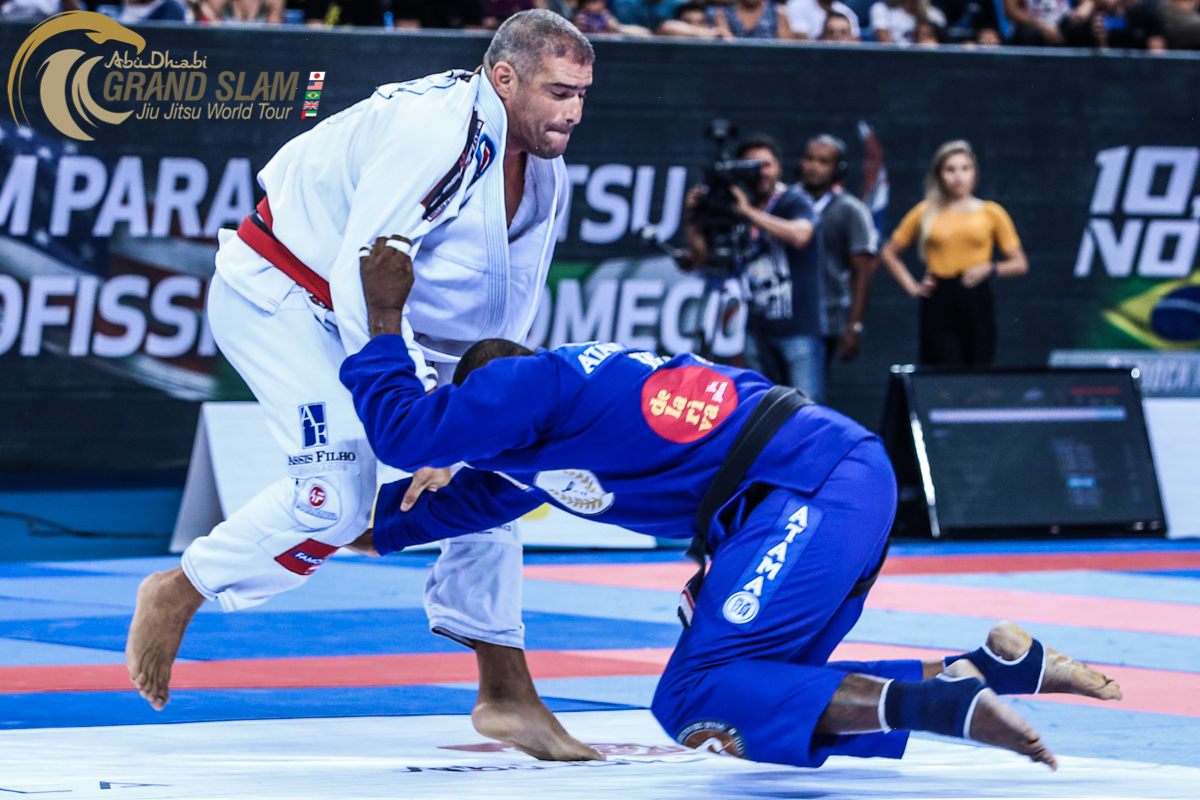 Carino was one of the standouts of the ADGS Rio in 2017 when he beat Carlão Barreto with a takedown to build a 2-0 lead and take the Legends gold medal home. This time, the Nova União professor will face another great challenge in Alexandre Barauna, from GF Team. “I just have to say thanks to the UAEJJF for the opportunity. Now it is my job to train hard and have an excellent fight,” said Barauna. Carino also commented on the upcoming battle: “It’ll be a pleasure to fight again on the Legends, and this time against another very tough guy like Barauna.” The match promises to be as entertaining as last year’s clash between Carino and Barreto.

The final deadline to register for the Abu Dhabi Grand Slam Tour Rio is November 9. Don’t miss out on this unique opportunity to compete alongside some of the best competitors in the world and get a chance to win a share of the $120K in prizes. The list of black belts already signed in is impressive, featuring: Mayssa Caldas, Gabrieli Pessanha, Amanda Nogueira, Jorge Nakamura, Hiago George, Isaque Bahiense, Erberth Santos, Helton Junior, Rudson Matheus, Kaynan Duarte, Ricardo Evangelista, among others. Click here to register now and become part of Jiu-Jitsu history in Brazil.