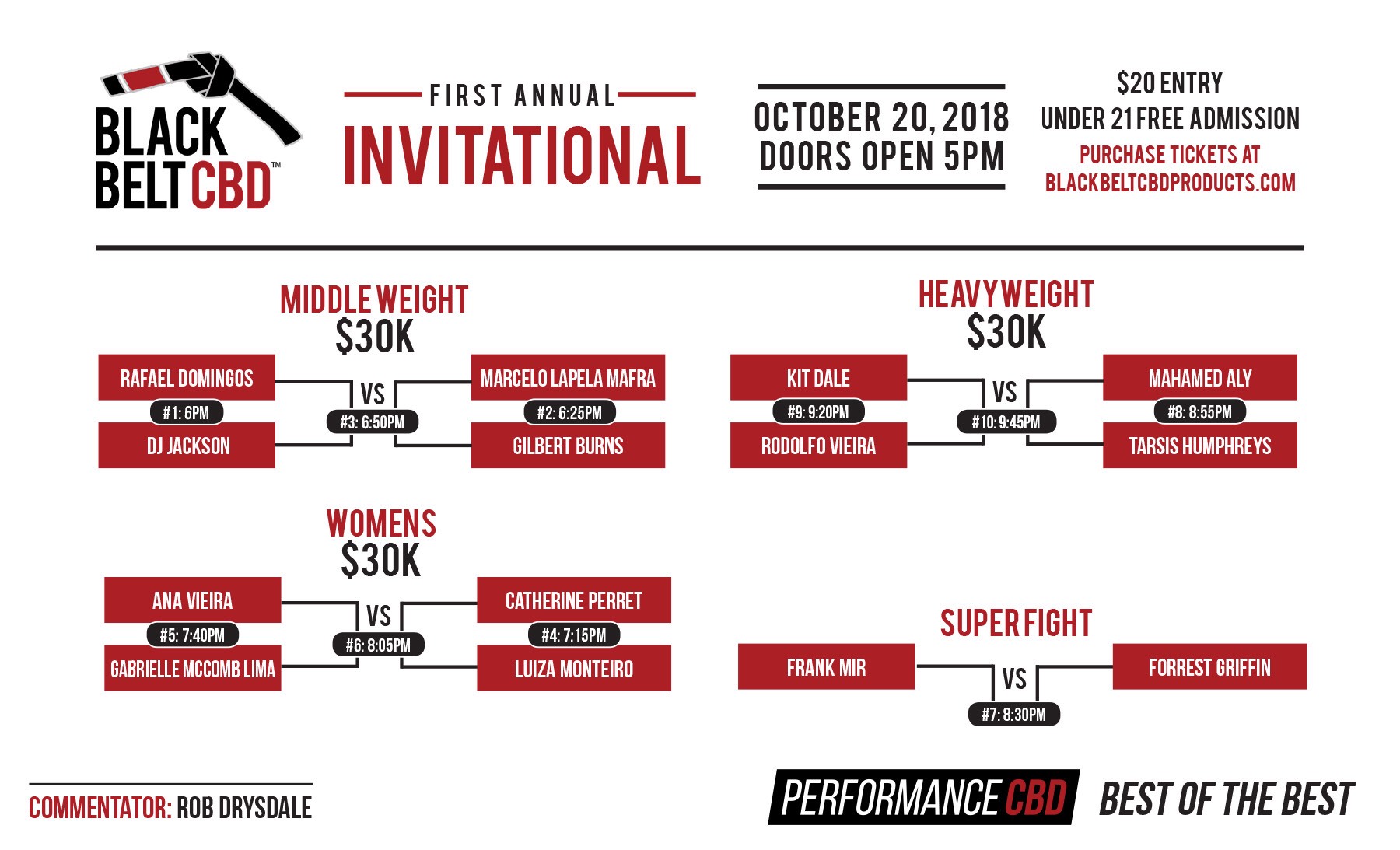 Breaking Down The Black Belt Invitational

With more and more superfight events coming out every week, the jiu-jitsu community is currently experiencing a golden age of growth of the competition scene.  Black Belt CBD is putting on an event this Saturday night, October 20th, featuring some of the most compelling matchups of the year. 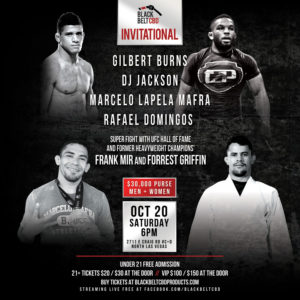 The first matchup is between Jackson and Domingos. This match looks like a mismatch to many because even though Domingos is an experienced and often successful competitor, Jackson has been on a tear lately.  Domingos is tough as nails and will not go down without a fight, but I wouldn’t be shocked to see the powerhouse that is DJ Jackson, whose nickname is The Kimura Kid, win by kimura.

The second matchup in this group is Mafra vs Burns.  Gilbert Burns has been spending a lot of time competing in superfights in the past couple of years with mixed results.  Mafra on the other hand does more conventional IBJJF competitions, often enjoying success. Based on his experience competing in these sorts of superfight formats, I wouldn’t be surprised to see Burns win the match, but I think that Mafra will be difficult to put away with a submission.

In the finals of this division expect a rematch between DJ Jackson and Gilbert Burns.  Their last meeting was in 2017 on the stage of Fight To Win Pro, the outcome being a decision in Jackson’s favor.  Jackson is sometimes criticized for overusing his wrestling in lieu of submissions, I wouldn’t be surprised to see Jackson out-wrestle Burns for the win. 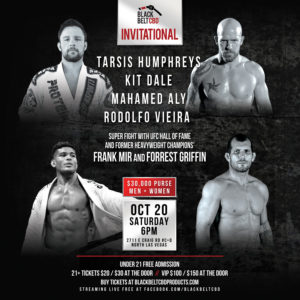 This fantastic event will also feature a heavier bracket in the gi, including the much anticipated return of Rodolfo Vieira who many feel is one of the best grapplers in the gi of all time.  The bracket also features Australian jokester Kit Dale, and hungry perennial competitors, 2018 super-heavyweight world champion Mahamed Aly and Tarsis Humphreys.

The first matchup on this bracket is between Rodolfo Vieira and Kit Dale.  I feel this matchup is another mismatch, between one of the most hard-nosed and successful competitors ever and a tough but less qualified competitor.  Vieira has beaten a who’s who list of competitors and has only been submitted once in his competition career as a black belt. I’d anticipate Vieira to grind Kit Dale out and to win by a choke.

Mahamed Aly and Tarsis Humphreys is a closer match, but as of late Humphreys has not been as successful as Aly having only won 2 of his last 8 matches.  Also it’s worth noting that Humphreys is considerably smaller than Aly, who is known for being a specimen as well as a technician. I would expect to see an armbar win by Mahamed Aly.

In the final match of this bracket, I think we’ll see a clash of titans between Rodolfo Vieira and Mahamed Aly.  Vieira’s focus as of late has been his MMA career, while Aly has taken flight as a top tier competitor in the gi.  This will be Vieira’s first jiu-jitsu competition in 3 years. I don’t think Aly can finish Vieira but I don’t think that Vieira can defeat the younger and more current competitor.  Expect a decision to go to Mahamed Aly. 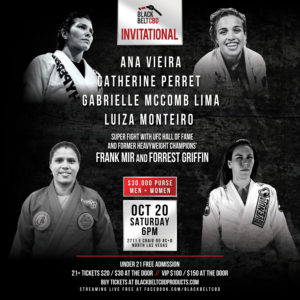 The event also features a women’s bracket featuring 4 of the top female competitors in the game right now.  In an admirable turn, Black Belt CBD is offering the same $30,000.00 cash prize to this division as they are to the men’s brackets.  The competitors are Ana Vieira, Gabrielle McComb Lima, Catherine Perret and Luiza Monteiro.

In the opening round of the bracket, Ana Vieira, a 2018 world champion, is facing off against Gabrielle McComb Lima.  Vieira is an impressive competitor having won a world title every year since 2012 except for 2015, having gone from blue to black winning consistently.  Vieira is also the larger competitor. Expect to see a win by Ana Vieira, but I think it’ll come by points.

On the other side of the bracket we see younger black belt Perret facing off against the consistent winner, Monteiro.  I’d expect experience to play a real factor in this match, and wouldn’t be surprised to see a submission win by Monteiro.  Likely a choke from the back.

In the finals I think we will see Monteiro vs Vieira.  This match will be a impressive technical display as each competitor brings phenomenal technique to the table.  Monteiro will be bringing experience to the table while Vieira is the younger and perhaps more athletic competitor.  I’d anticipate this match ending with a decision in favor of Vieira. 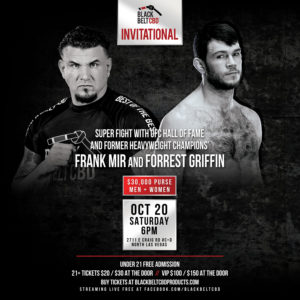 This event will also feature one superfight between two former UFC champs; Frank Mir and Forrest Griffin.  Both men have a long history in combat sports with Mir possessing the more impressive grappling pedigree. I’d expect a leglock win by Frank Mir late in the match simply based on his proclivity for the dark arts as displayed in his UFC career.

Tune in on Saturday either on the Black Belt CBD Facebook page or live and in person at 2711 E. Craig Rd., #C – #D, North Las Vegas, NV 89030, doors open at 5pm.  More information can be found here https://www.blackbeltcbdproducts.com/black-belt-performance-cbd-invitational/.

Stretching With Your Belt