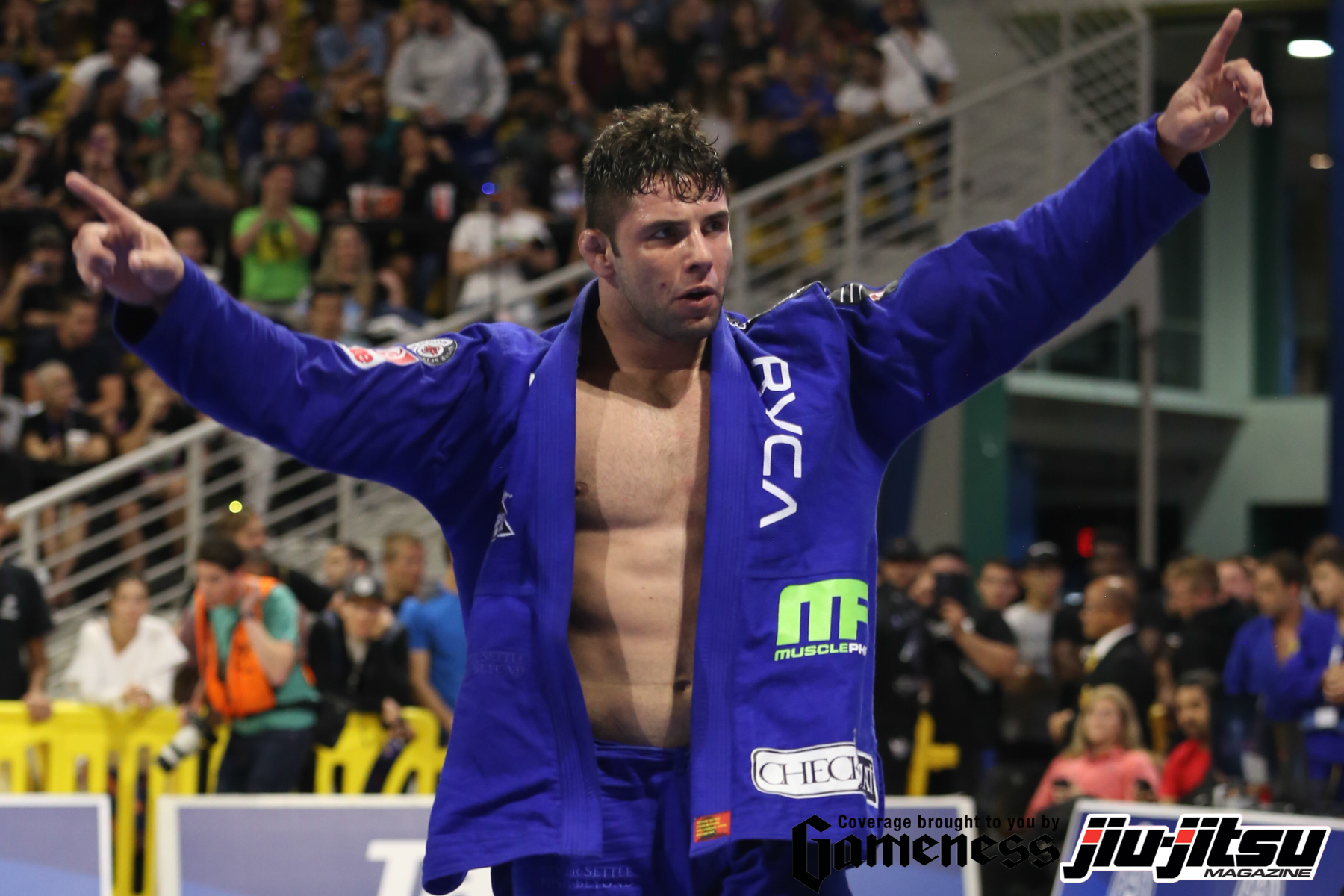 2018 Worlds: Buchecha vs. Lo, Tayane vs. Nathiely in the black belt open class finals; other results

Day 3 of the 2018 IBJJF World Jiu-Jitsu Championship lit the mats of the Long Beach State Pyramid on fire. The black belt open class divisions both for men and women were filled with thrilling matches from beginning to end. The crowd went crazy with the perfomances of some of the best competitors in the world. Here’s how each bracket played out.

Marcus Buchecha sat out in the first round of the open class, a benefit the reigning champion usually enjoys. His side of the bracket was no joke, featuring Nicholas Meregali, Felipe Pena, Mahamed Aly, Yuri Simões, among others. In the first round, Mahamed beat Yuri 3-2 on advantages while Meregali finished Pedro Monteiro from the back. Felipe Pena also debuted with a choke from the back on Charles McGuire. On round 2, Meregalli passed Ricardo Evangelista’s guard to finish the match with a kimura while Felipe Pena choked Igor Schneider from the full mount. Buchecha debuted with a 2-0 win over Rodrigo Ribeiro to advance to the quarterfinals. 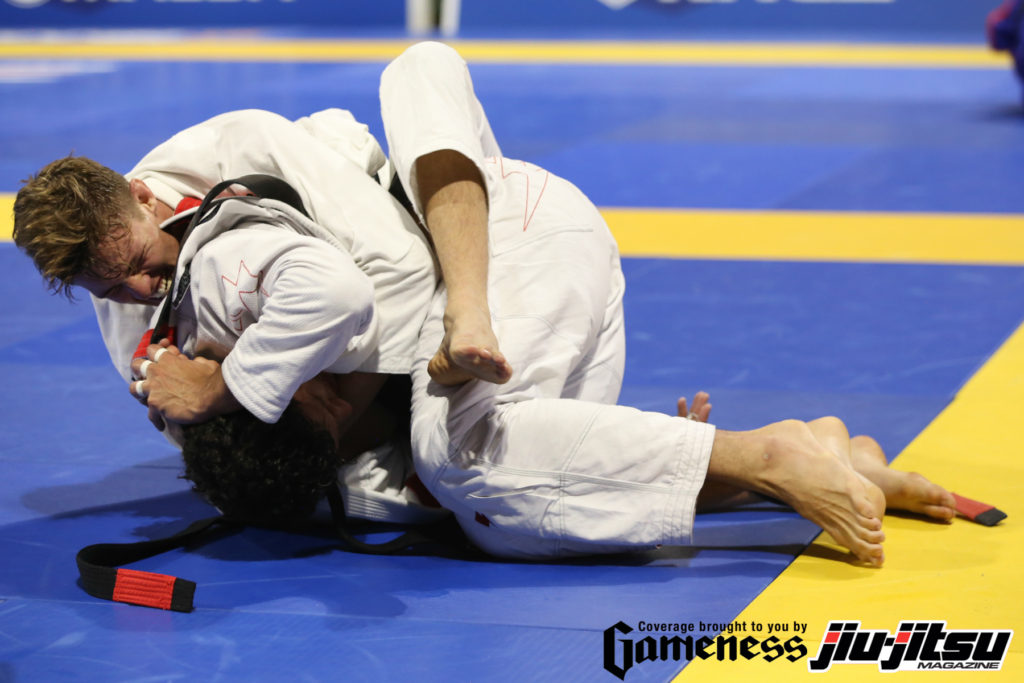 The first big match on the bracket put Pena and Meregali face to face for a spot in the semifinal. In an all out war, Meregali increased the pace at the end and managed to put one hook in and choke Pena from the back. Buchecha reached the semifinals with a choke from the back on Felipe Andrew, who had beat Mahamed Aly in the eightfinals. 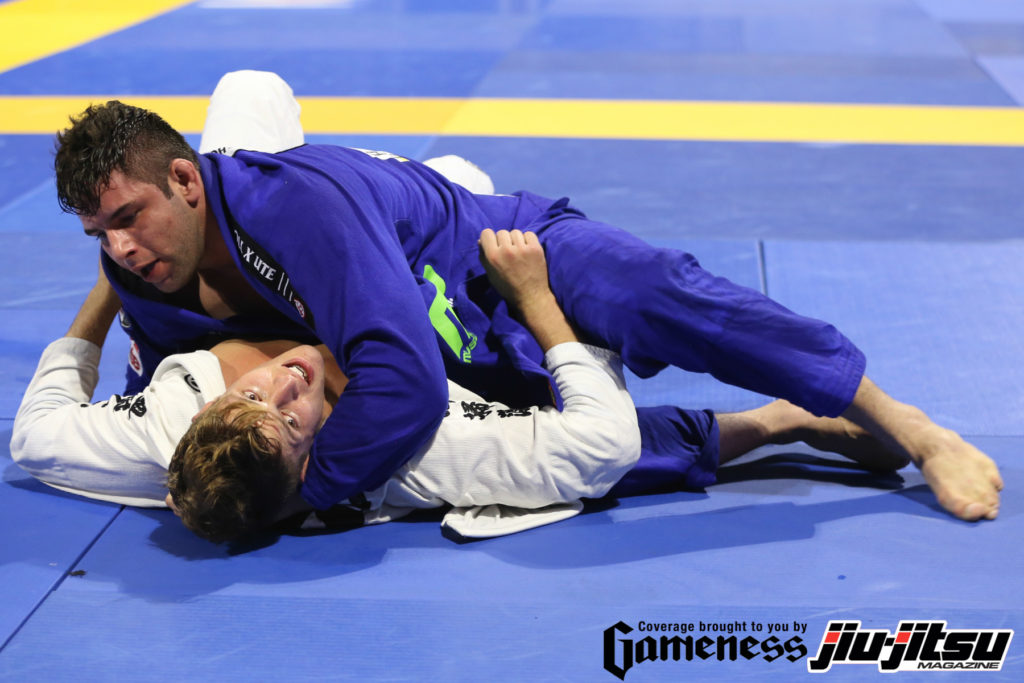 The semifinal between Buchecha and Meregali was the match the entire Pyramid was waiting for and it did not disappoint. Meregali pulled guard early and used all his tricks to sweep Buchecha. he did it once, but the 10X world champion swept him right back. On top, Buchecha worked hard to pass, but Meregali’s guard is known for being one of the toughest in the game today. Then, in the final minute, there came the blitz for which Buchecha is know for. With unparalleled explosion, he was able to land inside Meregali’s guard and secure the three points that put him in his sixth open class final in seven years since 2012. 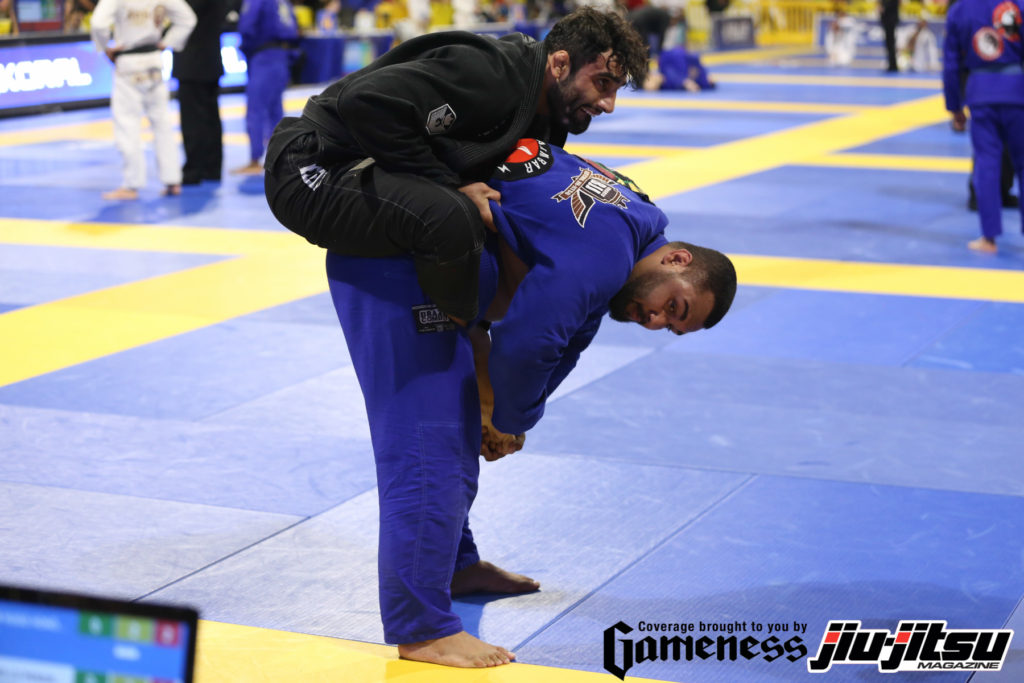 No one has an easy path in a black belt open class bracket at the Worlds, but it is undeniable that Leandro Lo had a less tortuous road to the final compared to Buchecha. The 2016 runner up debuted in round 2 beating Nick Shrock. In the quaterfinals, the opponent would be the always dangerous Luiz Panza, who had finished Fellipe Trovo with a katagatame. One sweep in the beginning of the match was enough for Lo to beat Panza with a 2-0 lead. on the other side of the bracket, Victor Honório gave another demonstration that he is top shape. He beat Rudson Mateus and Tim Spriggs using his judo throws and a lot of top pressure. In the semifinal against Lo, Honório kept the match tied up until the final 30s. that’s when Lo pulled a nice trick and inched her way to Honório’s back without opening his guard. It was incredible.

This Sunday, Buchecha and Lo will clash for the gold medal. Buchecha will fight for the unprecedented sixth open class gold medal in six finals while Lo wants to finally win one of the very few titles he does not have. 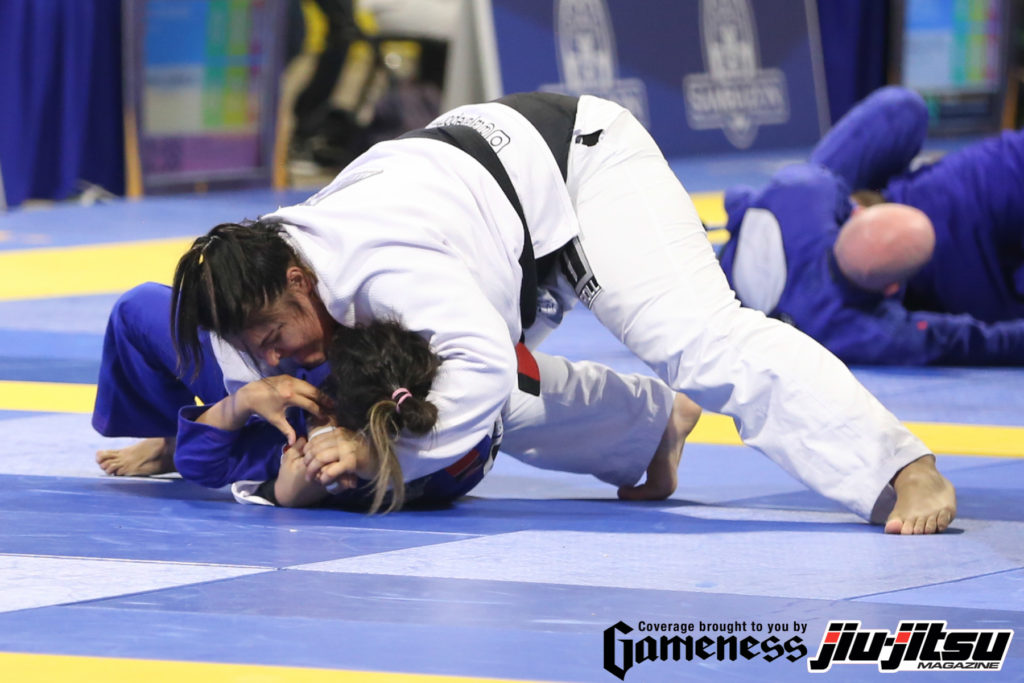 Tayane Porfírio keeps being dominant in the black belt division. This Saturday, she finished all three of her opponents on her way to a second open class final in two years. After sitting out on round 1, she came in hot to beat Natasha Aileen. The second opponent was world champion Fernanda Mazzelli, also finished from the mount. In the semifinal, the opponent was Tayane’s well known rival Bianca Basílio. Porfírio wasted no time and took Basílio down, passed the guard and finished with an americana lock from side control.

On the other side of the bracket, Nathiely de Jesus had no easy path to the final. In three matches, she first finished Renata Moreira with an armlock. then she met with Claudia Do Val, finished with a choke from the back. The opponent in the semifinal would be Ana Carol Vieira, who was also having a great campaign. Carol caught Yacinta Nguyen with a armlock inside the triangle and then outscored Bia Mesquita 7-1 on advantages to secure a spot in the semifinal. 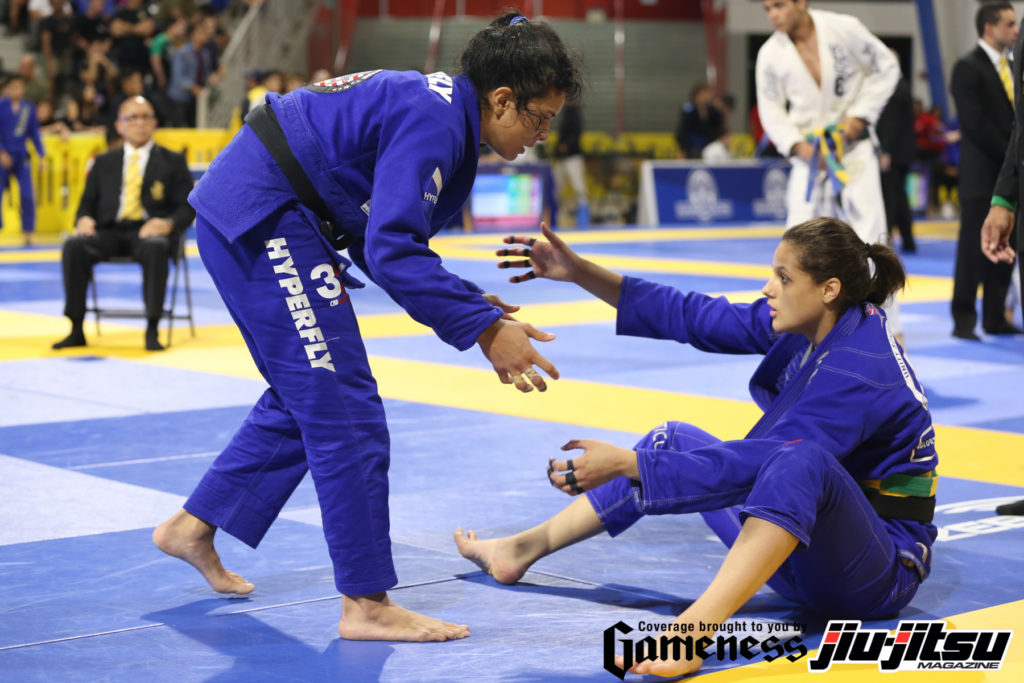 The fight for a chance to compete for the gold medal was intense and strategic at the same time. Neither competitor wanted to risk commiting a mistake as they knew there would be no recovery from. In the end, a 0-0 tie put the decision on the hands of the refs. Two out of three considered Nathi the winner of the match.

The 2018 final will repeat last year’s gold medal match. Tayane wants to win her second title and consolidate her name as the most successful competitor of her generation. Nathiely wants to win the gold medal she missed in 2017.