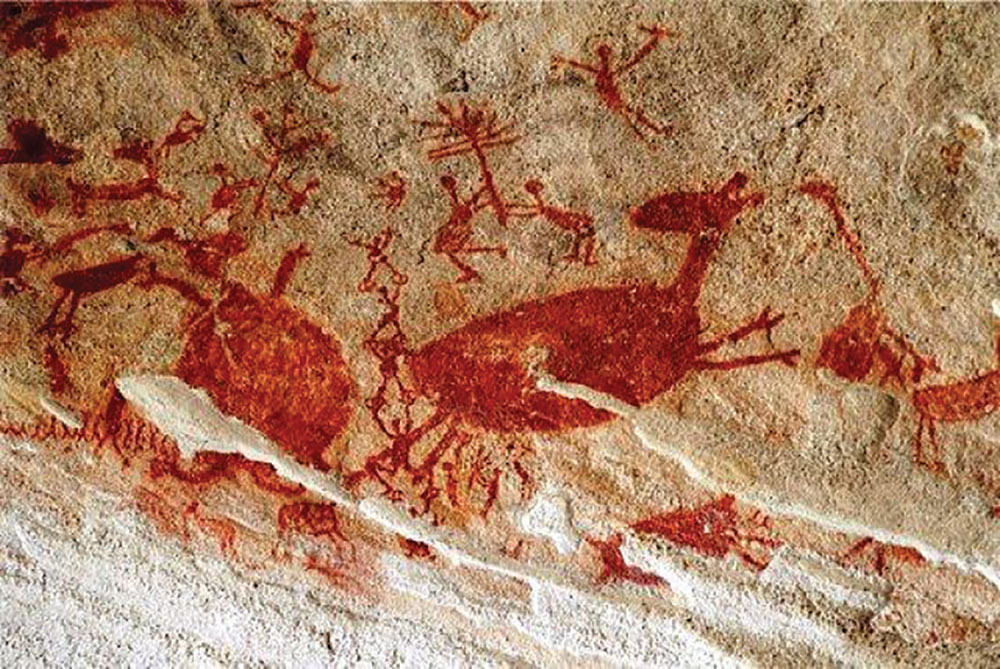 No Cavemen Allowed: The Danger of Instincts

Whenever I introduce a new student to Brazilian jiu-jitsu, I gently temper expectations. I try to explain that jiu-jitsu is a long journey. I talk about how the learning curve may feel impossibly steep and I let them know that the nature of experimentation is that they will fail; so anyone new to jiu-jitsu should understand that failure is a part of growth. Once the student starts to struggle on the mat, I can explain to them why jiu-jitsu is hard.

As humans, we seem to have a general sense for what it means to throw a punch. We may not be technical. We may not be accurate. We might not even be effective, but we know how to sling a fist-shaped missile with nefarious intent. Learning how to strike could then be described as refining and expanding upon this already existing instinct. It’s still difficult, but you have some foundation to build upon.

You don’t have that starting point for jiu-jitsu. You might understand the basic goals of a punch, but a shrimp is completely alien. Your body has never moved like that before. You have no foundation for this coordination. Worse yet, your natural instincts will work against you at every turn, telling you that there are better options than shrimping for dealing with a problem.

You are programmed to be bad at jiu-jitsu. To learn jiu-jitsu, you have to conquer deeply ingrained evolutionary tendencies and rise to a higher standard of human performance. If you can become aware of these instincts, you can overcome them.

You are a quitting machine

When you start to feel tired, the voice in your head that says you should quit is a Stone Age throwback. If a saber tooth tiger was around the corner, being exhausted and tired would be bad, so your body feels like it is in your best interest to avoid the thing that is sapping your vital supplies of energy.

In fact, quitting will forge the dangerous loop of rewarding substandard behavior. When you reward your body for wanting to quit, your progress will be much slower because you will wilt when training gets difficult. You have to push a little bit, even if it’s a teensy weensy bit, farther today than you did yesterday to make progress. In reality, you probably have more juice in your caboose than you think, so force yourself to keep moving even when you are tired.

You are built for retreat

Survival is about not dying. If you can identify dangerous scenarios and then avoid them, your chances of shacking up and pushing your DNA forward another generation increase. This is natural selection 101. When you feel like you are in danger, your programming will tell you to run because only alive people can make babies. We have already talked about how quitting is bad for your jiu-jitsu, which is the mental half of what it means to retreat.

The physical half is where you turn around and try to escape. This directly contradicts a key tenant of jiu-jitsu: don’t give up your back. You have to learn to resist the urge to turn so you can actively solve the problem threatening you. If you don’t want to get choked, you have to face your opponent. If you want to pass guard, you have to step into and through a tangled web of sweeps and attacks. If you want the takedown, you have to accept that for a split second you will be in danger of being taken down yourself. You have to embrace moving toward danger to mitigate the danger.

The Ultimate Guide to Smoothies

Anatomy 101 for the Jiu Jitsu Athlete