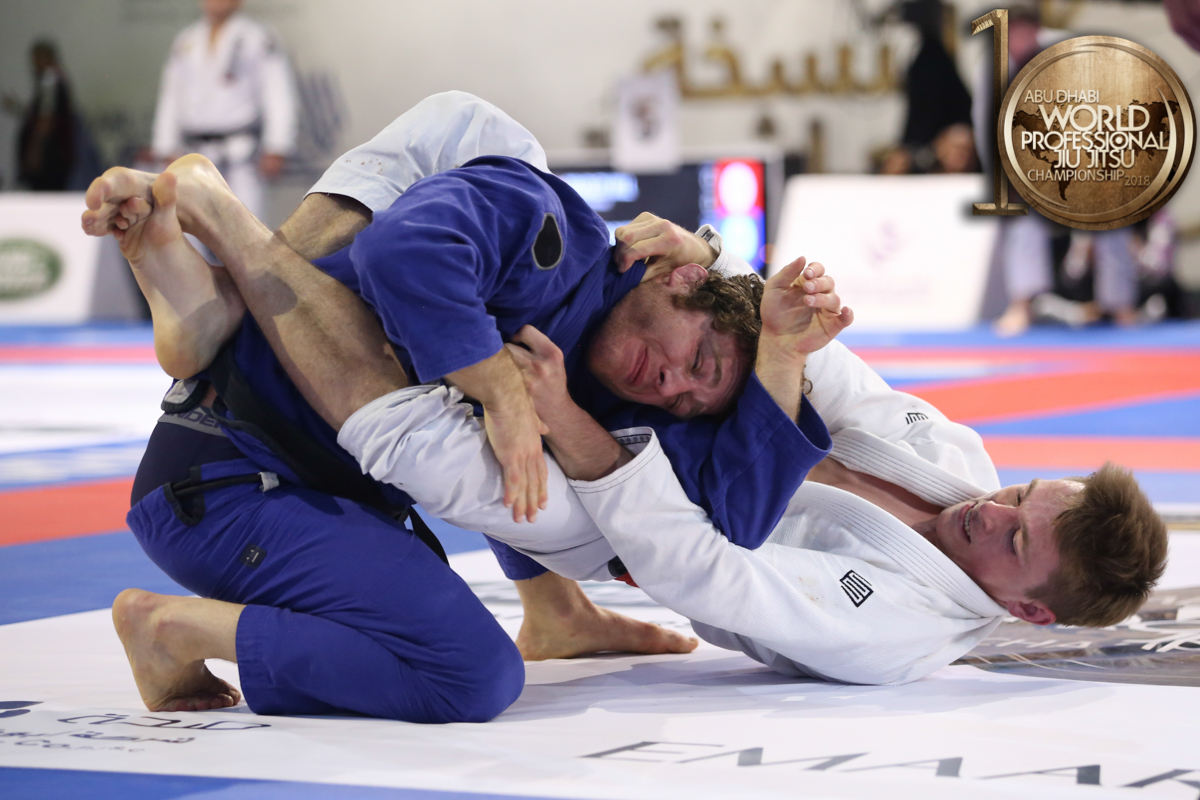 There’s only one final step to be taken before the new champions are crowned. A day of epic matches this Friday, April 27, in the Mubadala Arena, in Abu Dhabi, defined the finals for all divisions in the adult black belt division for men and the brown/black belt division for women. Some favorites lost, some favorites won. All matches were decided fair and square on the mat and only the most competent survived. Here’s how each weight class played out until the two finalists were known.

José Carlos Lima is the only champion already crowned. In a bracket that put each fighter to compete against all of the other opponents, Lima won three of his four matches. After a bad start against João Kuraoka, Lima came back to beat Takahito Yoshioka, Rodnei Junior and finally finish Andrea Verdemare with a choke from the back to secure the gold medal.

João Miyao confirmed his condition as a favorite to make his way to the final. In two matches, he finished David Younan with a choke from the back and then caught Hiago George with a toehold. On the other side of the bracket, South Korea’s Wanki Chae finished Jarrah Alhazza to meet Alex Alduncin in the semifinal. A 3-2 lead on advantages was enough to grant Chae a spot in the final.

The final match everyone was hoping for will take place. Paulo Miyao and Gianni Grippo will clash for the gold medal. Miyao first finished Ali Munfaredi and then beat Thomas Halpin 6-0. Gianni caught Abdullah Nabas with a choke from the back and then also finished Krzysztof Flak in the semifinal.

In the most crowded bracket, two relatively unknown faces will clash for the gold medal. Canada’s Jacob Mackenzie and Norway’s Espen Mathiesen made their way to the final. Jacob fought four times, beating Lachlan Giles by referee decision, outscoring Rene Karamanites 1-0 on penalties, beating Max Lindblad 1-0 on advantages to meet Jaime Canuto in the semifinal. A sneaky lapel choke when Canuto was on the deep half guard earned Mackenzie the win and the spot in the final. On the other side of the bracket, Mathiesen finished Mathias Asencio, then beat Edwin Najmi 2-0 on advantages and Yan Cabral 3-1 on advantages. The semifinal would be against Marcelo Garcia’s pupil Jonathan Satava. A beautiful bow and arrow choke Espen in the final with authority.

Local idol Faisal Al Kitbe will have his second chance to win a gold medal as a black belt at the ADWPJJC. After coming in second in 2017, he will face Isaque Bahiense for the title this Saturday. Faisal fought twice this Friday, beating Clifford Edwards 2-0 and then edging Bruno Reale by referees decision. Isaque made it to his first ADWPJJC black belt final with a 7-0 win over Clark Gracie followed by a tough match against Gustavo Batista that ended with a 4-2 lead for Isaque.

One year later, same final. Felipe Pena and Adam Wardzinski will battle once again for the gold medal in Abu Dhabi. Pena fought three times on his way to the final. He first beat Zaid Sami 11-2, then finished Donghwa Choi to meet fellow Brazilian Helton Junior in the semifinal. A sweep and a back take built the 6-0 lead that granted Felipe the chance to defend his title. Adam Wardzinski fought twice this Friday. He beat Tanner Rice by referee decision and then outscored Matthew Leighton 7-0 to reach the gold medal match and challenge Pena once again.

Erberth Santos is on fire. He fought twice to reach the final. He first finished Eldar Rafigaev with a foot lock and then repeated the spell against Igor Silva in the semifinal. Erberth’s opponent will be Lucio Rodrigues, who fought once to reach the gold medal match. With one sweep, Rodrigues beat Antonio Junior 2-0 and now has a chance to win his second gold medal in the ADWPJJC.

Mayssa Caldas has a recipe to win Jiu-Jitsu matches and it’s working. This Friday she caught both of her opponents with chokes from the back. First Arantzazu Perez and after that Sofia Amarante fell victims of Caldas’ technique. Mayssa’s opponent in the final will be Australia’s Livia Gluchowska, who beat Serena Gabrielli 2-0 to reach the gold medal match.

Amanda Nogueira wants to go all the way this year. She finished Katjusa Horman first to meet reigning champion Talita Alencar in the semifinal. A 2-1 lead on advantages put Amanda in the final. Belgium’s Amal Amjahid will challenge the Brazilian. Amal finished Georgina Cantel first and then caught Maiko Kurogi with a choke from the back to reach the final.

The most crowded female division saw Bianca Basilio come from the Brazilian qualifier to the overall final. She finished Myrian Zitouni with an ezekiel choke, then beat Julia Maele 2-0 and finally outscored Larissa Paes 15-8 in the semifinal. On the other side of the bracket, Ffion Davies finished Pamela Boveda and outscored Charlotte Von Baumgarten 5-0 to reach the final.

Ana Carolina Vieira will have the chance to defend her title this Saturday. She fought three times this Friday and finished all three opponents, in Yanelisa Reyes, Florencia Diez and Thamara Silva. Carol’s opponent will be Jessica Swanson, who finished Samantha Cook and beat Martina Gramenius by referee decision.

The 2018 ADWPJJC returns this Saturday, April 28, for the grand finale. The black belt belt finals kick off at 3PM (Abu Dhabi Time) to crown the champions of this historic 10thanniversary edition. Stay tuned for more action.