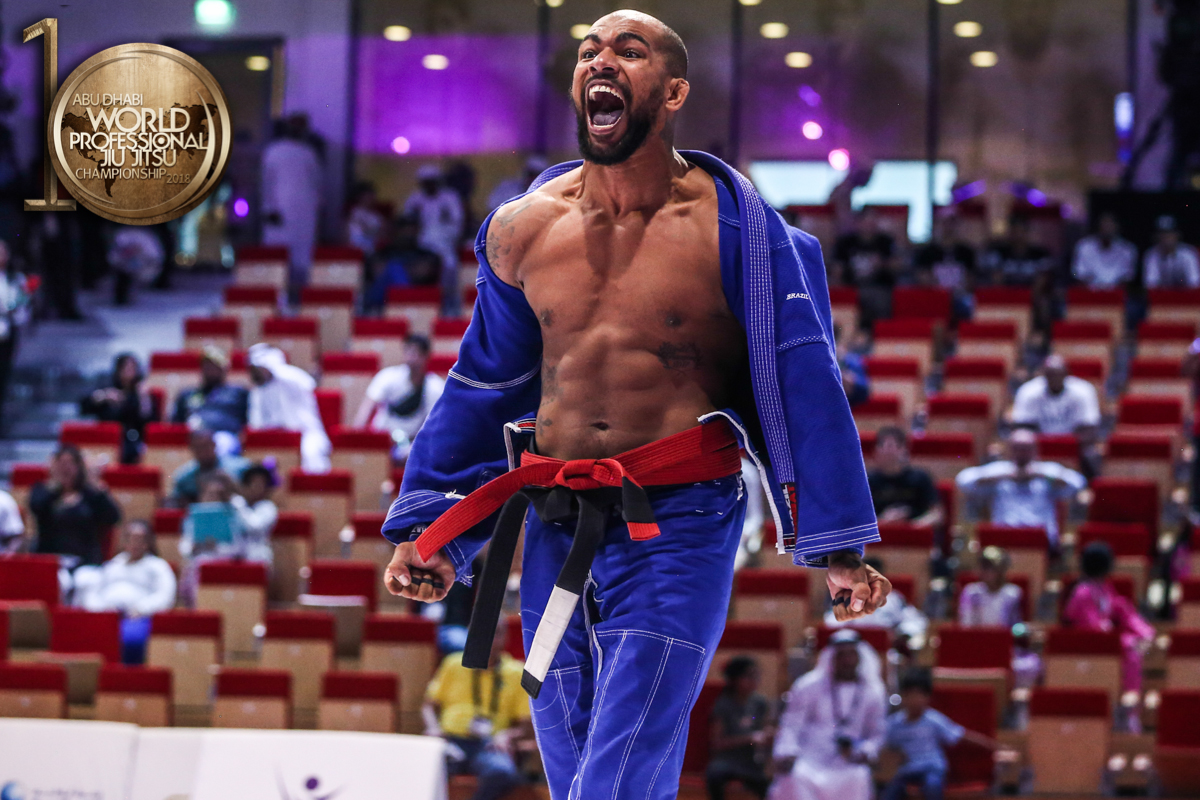 The 2018 Abu Dhabi World Professional Jiu-Jitsu Championship kicked off for the adult black belt division this Thursday, April 26. The mats set up at the Mubadala Arena, at Zayed Sports City, were the stage for fierce battles between fellow countrymen looking for one spot in the main brackets of each weight class. Brazil had country qualifiers in almost all of the divisions. The USA, Portugal and Japan also had competitors looking to secure a spot in the main brackets. Here’s how each one of the qualifiers played out.

Japan – Takahito Yoshioka beat both Massaki Todokoro and Kei Ito to write his name in the main bracket.

Brazil – João Miyao confirmed his condition of favorite for the spot and beat his two opponents to qualify for the main bracket. He caught Wellington Lima with a choke from the back and then also finished Felipe Silva.

Brazil – Paulo Miyao also made it to the main bracket. In three matches, he first beat João Paulo Gonçalves 3-0 then outscored Isaque Paiva 6-2 in the semifinal. The final match against Victor Otoniel was won via walkover.

Brazil – Flavio Vianna made his way to the main bracket in three matches. He first beat Johnny Crispim by referee decision, then outscored Marcos Paulo Costa 1-0 on advantages to meet Adriano Araujo in the final. Again a 1-0 lead on advantages was enough to grant Vianna the win.

USA – Edwin Najmi and Thomas Keenan fought three times to decide the spot in the main bracket. Najmi first caught Keenan with a bow and arrow choke, then lost 2-0 in the second match. The decision came in the third match with a referee win for Najmi after a 2-2 tie on advantages.

Portugal – Yan Cabral beat Pedro Ramalho 2-1 in a best of three matches to secure his spot in the main bracket. 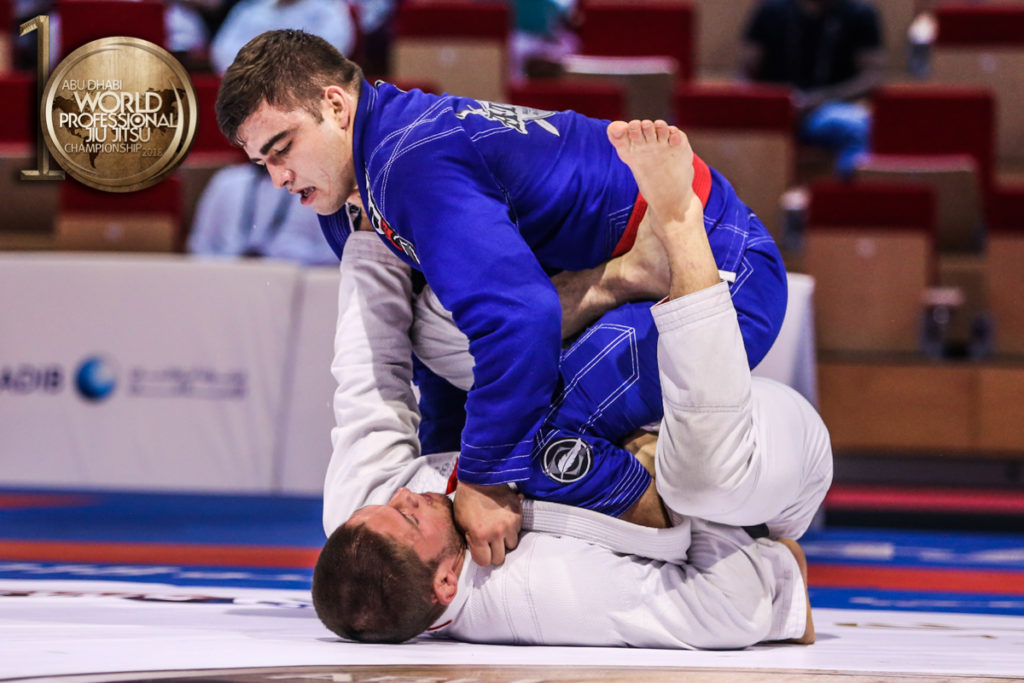 Brazil – Gustavo Batista had a long way to secure his spot in the main bracket. In four matches, he first beat Caio Pires 9-0, then outscored Patrick Gaudio 2-0 and beat Renato Canuto by referee decision in the semifinal. The opponent in the final would be last year’s champion Claudio Calasans Jr. In a close match, a 2-0 lead for a sweep gave Batista the right to be in the main bracket.

Brazil – Felipe Pena fought three times and finished two out of three opponents. He beat João Pedro Resende 6-0 with two guard passes, then caught Matheus Godoy with a choke from the back and finally locked an inverted triangle to beat Eduardo Machado in the final.

USA – Tanner Rice and DJ Jackson fought three times to decide the spot. DJ won the first one, then Tanner won the second and the third matches to secure the spot.

Brazil – In three matches, Erberth Santos made his way to the main bracket. He first beat Raphael Souza 4-2 and caught Mauricio Lima with a choke from the back. The final was against Ricardo Evangelista and it was decided with another choke from the back after a sensational takedown by Erberth.

Brazil – Clarissa Lacerda won both of her matches via walk over.

Brazil – Defending champion Talita Alencar won all her three matches on her way to the main bracket. A 2-0 lead against Ariadne Oliveira in the first match was the edge Talita needed to secure her spot. 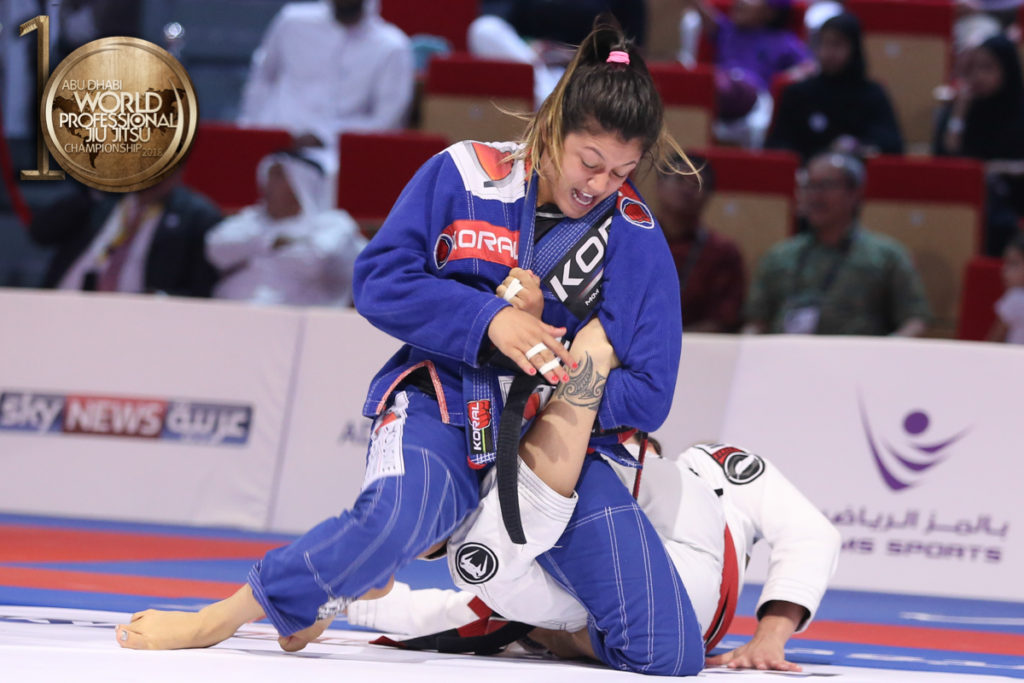 Brazil – The most thrilling of all qualifiers was decided only in the final match. Luiza Monteiro first beat Beatriz Mesquita by one advantage. Mesquita then beat Bianca Basílio via armbar. Basílio then went on to finish Luiza with a footlock. All three ended the bracket with two wins and one loss. Basílio secured the spot in the main bracket for having superior scores overall.

Brazil – Ana Carol Vieira is on fire to defend her title. She finished Melissa Cueto first and then caught Priscila Cerqueira with a katagatame to reach the main bracket.

Brazil – With one loss and one win for each competitor, Jessica Andrade da Silva relied in the overall point count to secure her spot in the main bracket.

The 2018 ADWPJJC returns this Friday, April 27, for the adult and master 1 black belt main brackets. The event wraps up on Saturday, April 28, with the finals for all divisions. Stay tuned for more action.2018