Maybe it doesn’t happen too often as a white belt, but ask any grappler with experience what the one area is to attack that people often aren’t paying attention to and they’ll tell you it’s the wrist. Wrist locks present themselves all the time, maybe not as the first option, but as a close runner up. Say you’re going for an armbar and your opponent moves his elbow or rotates his arm, then go for the wrist. Or you mayb working on that omoplata and his shoulders are like Gumby’s, but there’s a wrist just waiting to be locked. Submissions aren’t the only way to find yourself struggling to work a keyboard on Monday. In this article I’m going to talk about many of the various common wrist injuries grapplers are faced with and how to deal with them.

The Anatomy of the Wrist

The hand/wrist complex is comprised of a multitude of intrinsic bones, muscles, tendons, and ligaments. The wrist complex is an amazing structure that forms many movements and ranges that adapt to touch, as well as stress. Due to the complexity of the wrist, it is possible that injury can occur, whether it is traumatic or chronic. To better appreciate the wrist complex, understanding your basic musculoskeletal anatomy can guide you in identifying problems associated with pain, discomfort and loss of range.

The wrist is comprised of eight irregular shaped carpal bones that are more like oddly shaped rocks. Conveniently, these bones articulate with one another seamlessly when there is no trauma or abnormal wrist patterns. Other bones that play an integral role in the wrist are the distal ends of the ulna and radius, along with the five metacarpals. These are the longer bones that make up the forearm and the hand bones, respectively. Unfortunately, due to BJJ submission techniques, in addition to a fighter’s position of constant hands on the mat, chronic injuries are common within the sport. 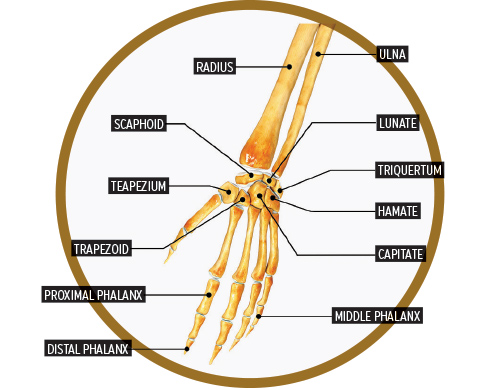 As all these bones articulate with each other, they are tied together through very small intrinsic ligaments that allow for small, but stable movements. When an injury occurs, these ligaments can become stressed and create laxity within the articulation (joint), resulting in pain and discomfort.

What moves these joints are long tendons that travel through tunnels, bypassing the irregular carpal bones and attaching and influencing movements at the hand (metacarpal bones) and ultimately, the fingers. Interestingly, the small wrist bones are not influenced by tendinous attachment, but merely held together by a network of ligaments. This makes for an extremely detailed linkage system that must be strong, yet mobile. 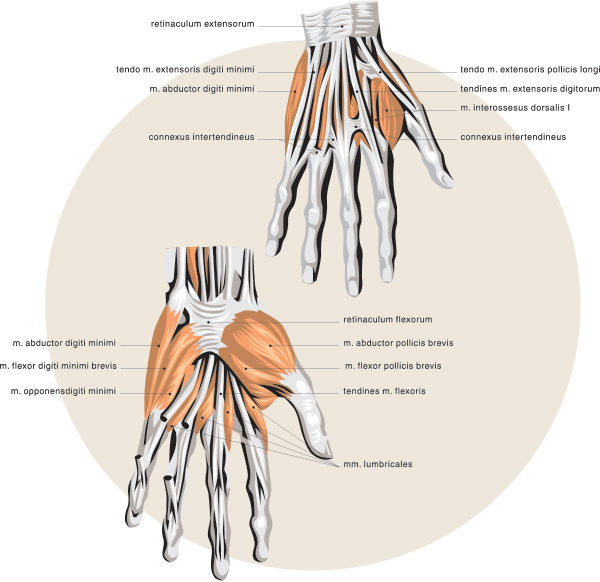 Types of Wrist Injuries and Treatment

Wrist injuries can be classified into two groups; acute (new) and chronic (ongoing, repetitive). Acute injuries occur due to increased force or load at an instance of time. In other words, being the victim of a quick wrist lock, and/or Fallen On an Outstretched Hand (FOOSH injury). Both of these injuries cause acute trauma and disability of the wrist. Upon a medical evaluation, pain may be specifically located within one area, which can determine a sprain of that specific carpal joint. These sprains can occur in between the irregular carpal bones or they can occur to the distal forearm bones. Never the less, a sprain typically transpires from wrist locks and FOOSH injuries. In contrast, if a wrist lock and/or FOOSH injury is substantial, a fracture to any of the wrist bones can also occur. More than likely, an audible crack will be heard along with immediate pain and disability. 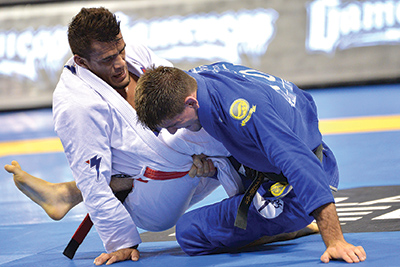 When trauma occurs at the wrist joint, it is important to find a clinician that understands both the injury and BJJ activity. Most clinicians will guide the conservative route of treatment, such as rest, ice and immobilization for 4-6 weeks. As this may be good advice for some, maintaining rotator cuff and forearm strength is needed, in addition to soft tissue and manipulation for better outcomes. 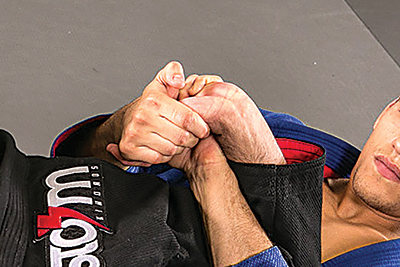 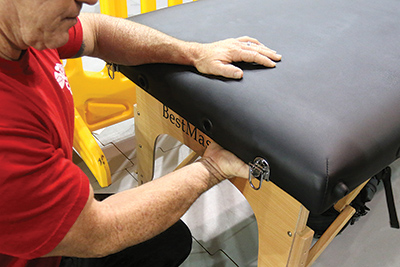 [/double_paragraph] [/row]
The Supination Lift Test:  The patient places his/her palms on the undersurface of a table and attempts to lift. Onset of pain upon stabilizing body weight indicates a positive supination Lift test.

Dr. Ethan Kreiswirth PhD, ATC of “Kreiswirth Sports Medicine” is the Medical Director for the International/United States Brazilian Jiu-Jitsu Federation. Dr. Kreiswirth is a black belt in BJJ and has provided medical coverage for BJJ events since the mid-1990s. He can be reached at ekreiswirth@gmail.com.
2 Comments on this post.