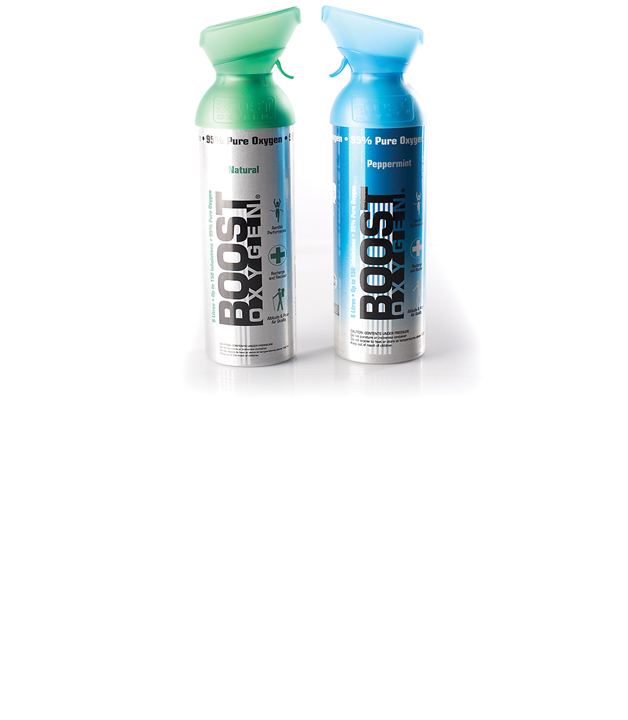 The need for oxygen is essential, without it we die. In jiu-jitsu that need is even more pronounced. When we’re rolling and putting it all out on the mats in training or in competition, our entire circulatory system is craving more oxygen to keep muscles and nerves firing. As our heart rate increases so does that need for oxygen. Ambient air is only about 21% oxygen. That’s why you’ll see football players on the sidelines sucking on oxygen between possessions. That extra boost of oxygen helps their systems recover more quickly. This same theory holds true for almost any athletic endeavor. Unfortunately, when we’re training, we don’t have the luxuries afforded to NFL players. Until now! Boost Oxygen is 95% pure oxygen, all natural and safe. When it’s go time, we’re emitting more carbon dioxide than the oxygen we take in. It doesn’t take long for this lack of oxygen to cause muscle and mental fatigue, cramping, and poor performance. Three to five inhalations before training or competition, three to five during rest, then three to five at the end will help aid recovery and keep your body and mind sharp. It might seem obvious, but supplemental oxygen is NOT considered a banned substance for those of you competing at the highest levels. Boost Oxygen is available in two sizes, 22 oz that will cover you for about a hundred and fifty inhalations, and 4 oz that will cover you for about fifty.  There are four different flavors to choose from, natural, peppermint, pink grapefruit, and menthol-eucalyptus. The 22oz cans sell for $14.99 and $9.99 for the 4oz. Considering the cost of a jiu-jitsu tournament, probably not a bad investment to have handy the next time you compete, or in your training leading up. Boost Oxygen is available online or at a number of sporting goods stores like Dicks, Sports Authority, Big 5, and others. Visit Boost Oxygen by going to boostoxygen.com

What You Can Control in Jiu-Jitsu: Focus Internally and Stay the Course