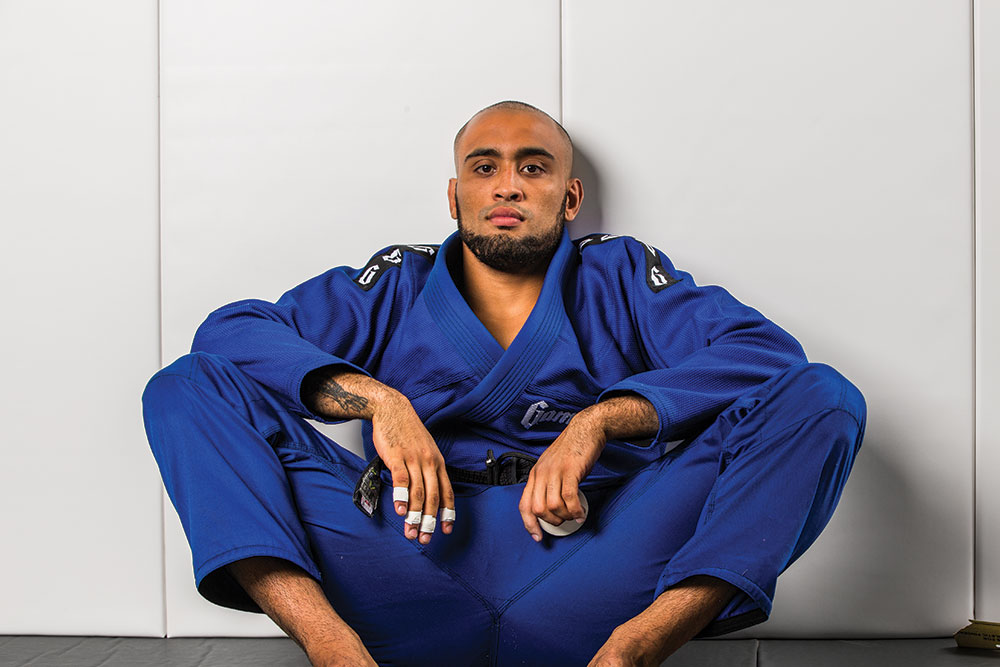 JJM is always looking to bring you, our readers, the latest and greatest of all things jiu-jitsu and we know how everyone loves new and unique guards. Over the course of just over a year Yuri Simoes has conjured up a new, innovative version he calls the Body X-Guard. We’ve tried to explain it, but have come to realize that it’s easier to show it. Now initially your thoughts may be that it just looks weird and that can’t work, but Yuri’s had just a smidgen of success such as…

With that in mind we’ll take his word for it. Yuri let us in that he’s got well over 20+ options from the position in his bag of tricks and is constantly developing. We thought we’d give you a sneak peak, so without further ado we present to you a setup to get to the Body X-Guard when your opponent is standing and then a sweep to side control.

You can find the rest of the techniques from the Body X-Guard that Yuri shared with us in our newest April edition, Issue 31 of Jiu-Jitsu Magazine. Not only that, but you’ll also find more great techniques from “Omoplata King” Nino Schembri, news, product reviews, nutritional advice, conditioning programs, supplements information, and more! If you haven’t already be sure to get your subscription today by clicking HERE (Link:https://jiujitsumag.com/subscribe) as we’ve bumped them from 10 to 12 issues per year, plus you’ll get the digital edition for FREE! Hurry now and save at the lower rate!

Getting to Body X-Guard from Spider Guard Standing
Yuri’s working on a few different ways to get to the Body X-Guard but the one he’s most happy with so far is from a spider guard position.

1. Yuri controls the left sleeve with his right hand and reaches down to grab the right leg with his left hand. Both grips are with four fingers inside the cuffs. 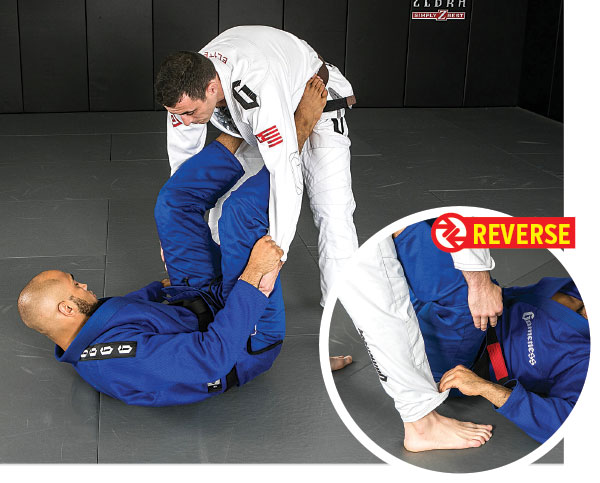 2. With the grips in place, Yuri brings his right leg across his opponent’s body with the top of his foot contacting his opponent. 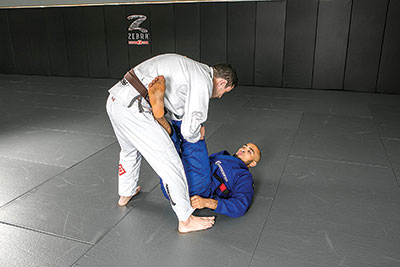 3. Quickly, Yuri brings his left foot across, over his right leg, and hooks the bottom of his opponent’s left armpit with the top of his left foot. 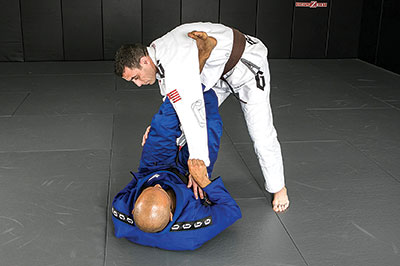 4. As soon his feet are in position, Yuri manages the distance by pushing away with his feet and keeping his hooks tight against the body, while at the same time keeping his grips tight. Yuri can stay here for a little while, but he really wants his opponent down on the mats. 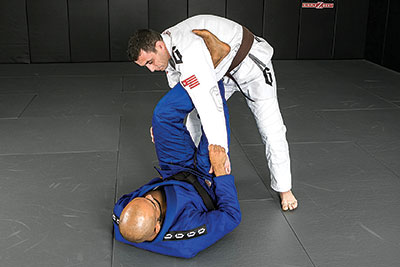 5. A common reaction is for his opponent to posture up, maybe in an attempt to break the grips and get away to pass. If he does this he lifts Yuri up with him. Yuri pulls his right foot away from his opponent’s side and hooks behind his opponent’s left knee.

6. As soon as Yuri’s foot is behind the knee he pushes down and back with his left foot and pulls his grip of the leg towards himself to bring his opponent down to the mats.

7. Before his opponent is able to sit up and get close, Yuri brings his right foot out from behind his opponent’s knee and replaces it across his body with the top of his foot against his opponent.

8. Finally, Yuri brings his left elbow down to the mat so that his opponent’s foot is off the mat and over Yuri’s arm. As he does this he also squares up so that he’s directly in front of his opponent. Yuri is now in the Body X-Guard.

Grips are very important, so hold tight and have them both in place before you begin to show your hand on what’s coming next.