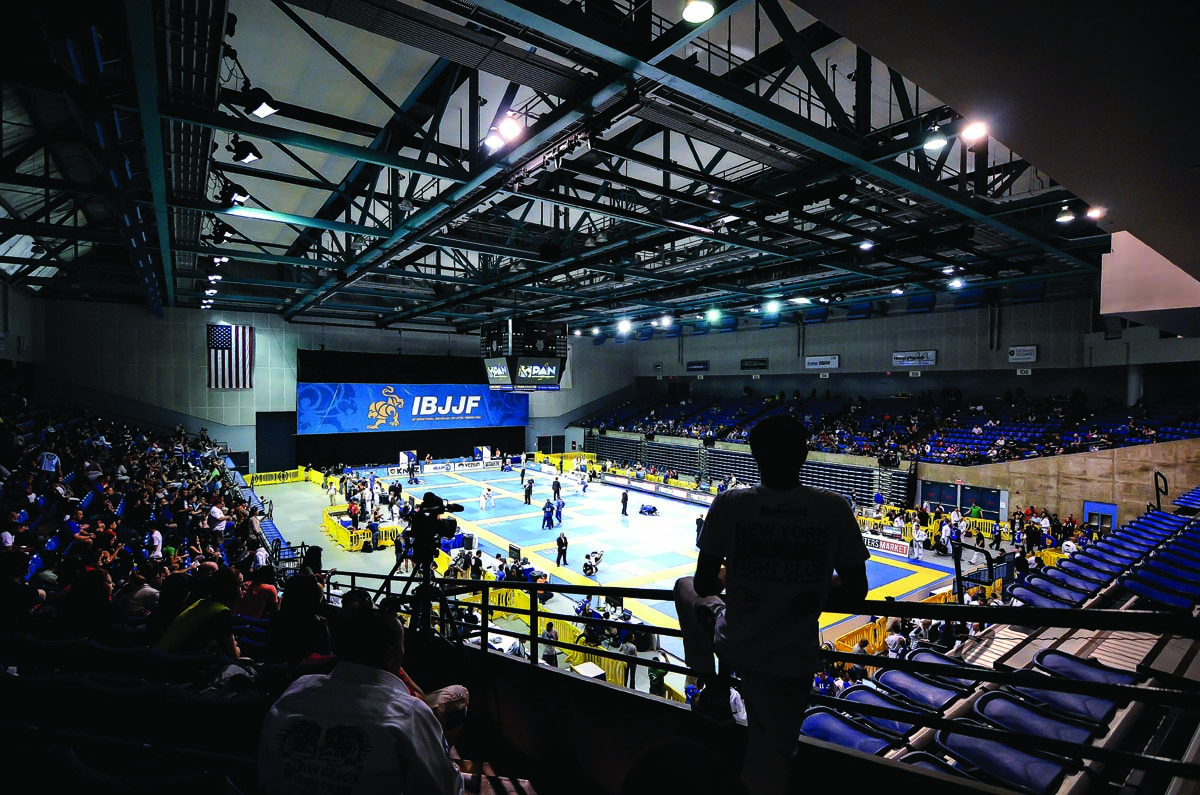 Day 3 of the 2018 IBJJF Pan championship had the adult black belt open class division both for men and women as the highest point in the program. The matches were filled with thrills, as some of the best competitors in the world fought hard to secure a spot in the gold medal matches. Here’s how each bracket played out.

The biggest name on the ticket, Leandro Lo got a bye in the first round and had to compete only twice to reach the final. He first outscored John Combs 6-2 and then met up with well-known rival Keenan Cornelius, who had just beat Tim Spriggs in the quarterfinals. The clash was a tough one for Lo, but eventually he was able to build a 7-2 lead that granted him a ticket to the final.

On the other side of the bracket, with no clear favorite, the field was wide open for a challenge to the title. GF Team’s Guttemberg Pereira was the one who took it. In three matches, he first beat Mahamed Aly 3-0 on advantages to reach the quarterfinals where he locked horns with Fellipe Andrew, caught in a toehold. The semifinal was against Tommy Langkaker, also finished, but with a choke from the back.

The big final goes on at the end of the day this Sunday.

Luiza Monteiro and Bianca Basílio rose above expectations to reach the final. In three matches for each competitor, they were able to go through very tough competition. Luiza started out catching Sabatha Santos with a toehold while Bia finished Jena Bishop with a ankle lock.

In the quarterfinals, Luiza met up with Andressa Cintra and again worked her guard game to find a leglock. Bia, on the other hand, found a narrow lead by one advantage over Jessica Flowers to reach the semifinals.

The two matches that defined the finalists featured Luiza facing Bia Mesquita and Bianca facing Nathiely de Jesus. It’s safe to say Mesquita and Nathiely were favorites for the chance to fight for the gold medal, but Luiza and Bianca couldn’t care less about that and went for it hard. In two very close matches, Luiza beat Bia by advantages and Basílio beat Nathiely via disqualification for fleeing the mat area.

The gold medal match goes on right before the men’s final, this Sunday afternoon.

Report brought to you by Gameness.