The concept of invisible jiu-jitsu was taught to Henry over the years by Rickson Gracie. What Rickson coined as the term “Invisible Jiu-Jitsu” is actually based on two concepts, weight distribution being one and being in connection with your opponent the other, larger part. In interviews Rickson talks a lot about this “connection,” which allows you to feel what your opponent is going to do almost before he does it. This knowledge allows all of your movements to be far more effective. In this article Henry is going to focus on the weight distribution concept of Invisible Jiu-Jitsu. The concept was first illustrated to Henry years ago. Henry was a blue belt student at the Rickson Gracie Academy when one of the world’s best competitive jiu-jitsu athletes came through the school. He was a two-time world champion and fresh off a Pan-Am win. The world champion was much bigger, stronger, and younger than Rickson. About five minutes into sparring, Rickson forced the champion to tap without even using a submission. Rickson used invisible jiu-jitsu to inflict so much pain, discomfort, and exhaustion onto his opponent, the champion had no choice but to tap. At that point, Henry was so in awe of the concept that it became a pillar of his own jiu-jitsu. Rickson’s jiu-jitsu is regarded as the most direct and true definition of jiu-jitsu as Grand Master Helio intended it.

In this article Henry shares with us the concept of weight distribution, understanding it, drilling with it, and employing it in some common situations. The information he’s about to impart with us might seem like a lot to grasp, but it’s just the basic concept. Many articles can be written on the concept, and as anything in jiu-jitsu, the only way to really grasp and understand it is to do it, over and over again. No matter your belt rank or your years of experience, I’ve personally never come across a subject that I’ve felt so strongly about. I would suggest that everyone who practices jiu-jitsu play with this concept, give it some attention and try it in your own jiu-jitsu. It may not work for you; actually I can’t imagine it not working for you, but do yourself a huge favor and try it. 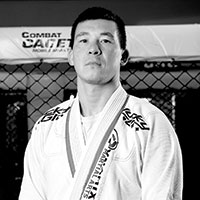 Henry began training jiu-jitsu in 1995 and moved out from Oklahoma, abandoning a promising education in genetic engineering for the purpose of learning jiu-jitsu under Rickson Gracie, widely regarded as the greatest living example of jiu-jitsu in the world. Nine years later, Henry became Rickson’s third American to be awarded a black belt. Henry went on to become the head instructor at the Rickson Gracie Academy. Today, Henry is partnered with former UFC fighter Antoni Hardonk, as owners of Dynamix Martial Arts in Santa Monica, California.
www.dynamixmartialarts.com

Shifting Your Angles
Shifting angles is the easiest way to explain how to use your weight to kill the other guy’s leverage, and can be mastered in a day if you dedicate yourself to it. Mastering this step first is the best way to get comfortable with this concept. Here’s a step-by-step on how to train this position.

1. Starting mounted on your partner, have him push off against your chest and rest your weight on top of him. Be relaxed. The person on bottom will quickly begin to feel a large portion of your body weight. 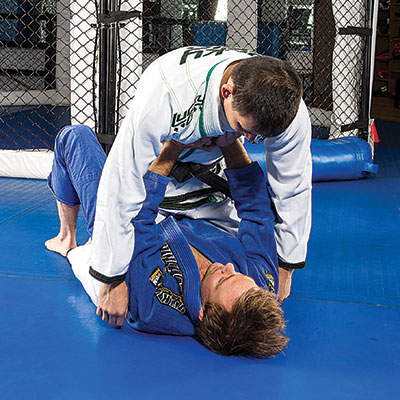 2. Now, start to shift your angle, drop one shoulder down towards your opponent, don’t just move, really focus your weight on that downed shoulder. 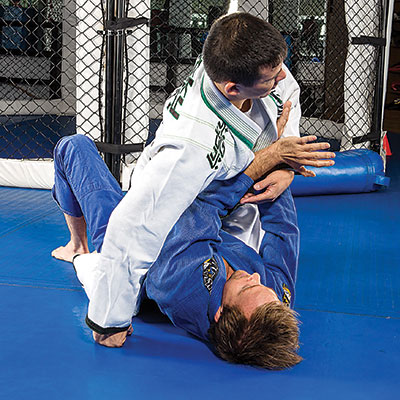 3. As you shift your angle you’re forcing your partner to lose the leverage on that side. More than likely you’ll collapse down to his elbow being that’s the only thing keeping you off of him entirely. 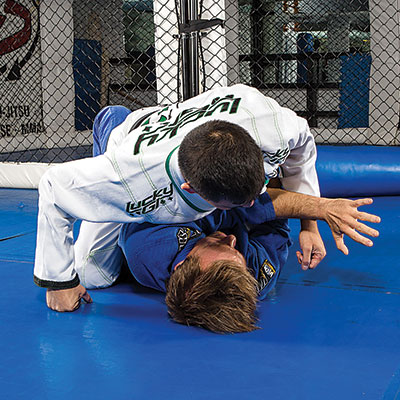 4. Now, change the angle again, with your other shoulder down, this forces his elbow outward and he’s forced to let you collapse down to his chest. 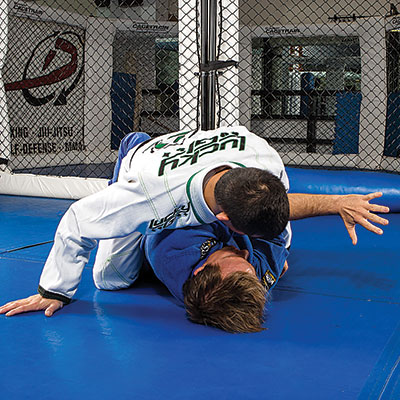 Abu Dhabi Grand Slam London: With one week left to register, big names line up to compete in England