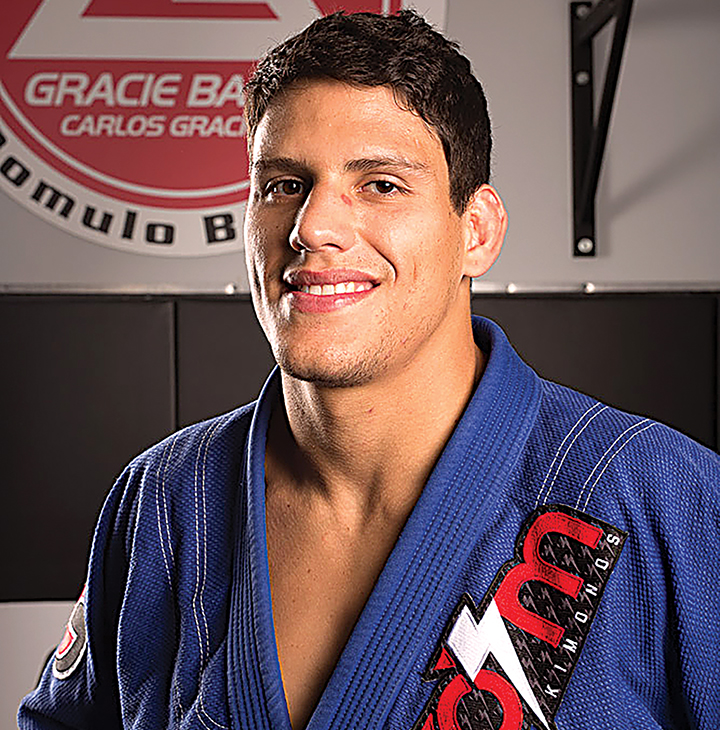 Spider Counter To Back Take

Edwin is using his spider guard this time around, but with a few modifications Felipe still finds a way to take the back. From within the spider guard, Felipe grabs Edwin’s pant legs from the back side of the calf, pushes them up and forward, while bringing his hips forward, and pushing Edwin’s calves to the ground to stack him. Next, he brings his right knee over Edwin’s left leg to control it, grips Edwin’s other leg with his right hand pushing it down, grabs the inside of the back of the pants, and lays down to his left side. Felipe has now fallen into the same position as in the previous technique. He whips his leg around Edwin’s, his left heel is connected to his right shin, and he pinches his knee down to trap the leg. With his right foot hooking Edwin’s left, he extends the leg. This allows his left foot to slide in, hook Edwin’s calf and kick Edwin’s leg forward, exposing his back. From here, Felipe’s right hand reaches to grab Edwin’s right shoulder, pull him toward him, lock the seat belt, bring his right hook in, and take the back. 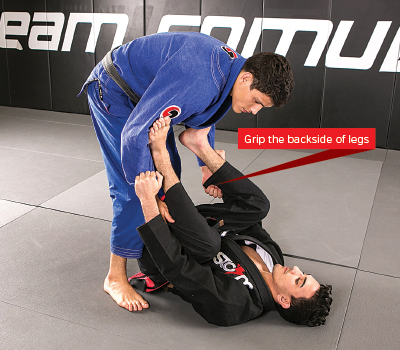 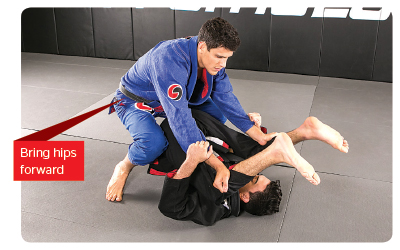 2. Push legs up and forward 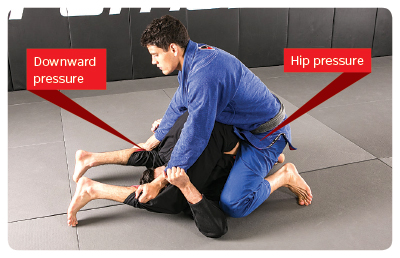 5. Lay down to your side 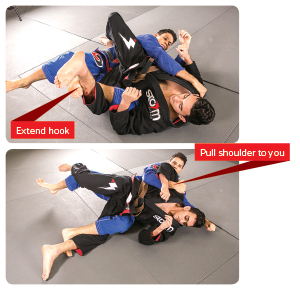 7. Bring partner to you 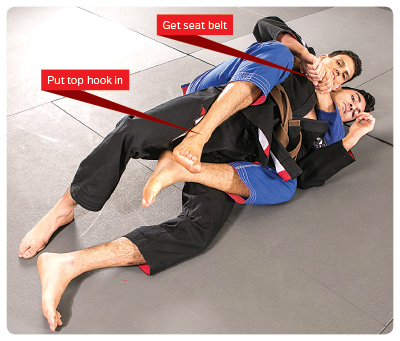 8. Stretch partner out and secure back