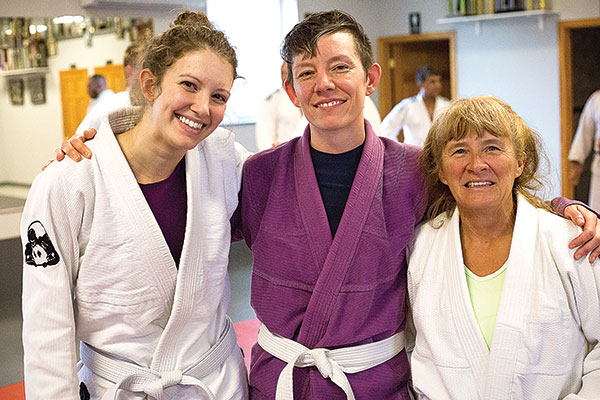 Why Newbies are the Most Important People in the Sport

When a new student steps onto the mat for the first time with a sparkling white belt tied incorrectly around his waist, he’s at zero. He has no technical knowledge. No mat sense. No fighting experience. And no real concept of what it means to be a part of the jiu-jitsu community.

As jiu-jiteiros, our natural inclination is to fixate on black belts. Black belts are critical players in the growth of the sport to be sure. They are at the top of the pyramid, after all, but we should not ignore the base of the pyramid: the army of white belts who step awkwardly through the doors of academies around the world every day. 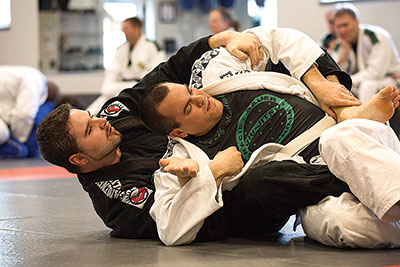 White Belts Keep the Lights On

Anecdotally, we know that white belts occupy the majority of the jiu-jitsu population. The attrition rate in jiu-jitsu is high. Where traditional martial arts build entire marketing plans around three-year black belt tracks, black belts in jiu-jitsu are so far into the future for a new white belt that we shrug off any questions about timelines or promotion schedules. We like it this way, but it means that the sport is not accessible for casual enthusiasts.

Even those of us who can only train three times a week are functional addicts. Our fix may not come twice a day like our competition-minded counterparts, but we still drift into daydreams about positions and transitions when we should be paying attention to a presentation or a new list of action items. Unfortunately, the attrition rate often bleeds into the upper ranks, meaning that the average purple belt can probably recall 100 faces that have drifted off of the mat never to be seen again.

In light of this staggering attrition rate, new white belts are the key to keeping an academy afloat. If the white belts stop coming through the doors, eventually the tides of life will steal away even the most loyal students, leaving the mats empty and a gym owner with few options for paying the bills. 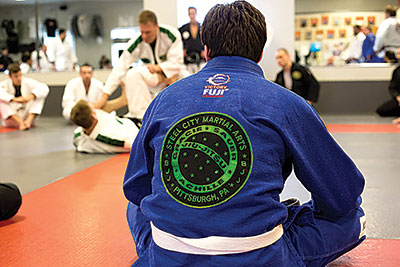 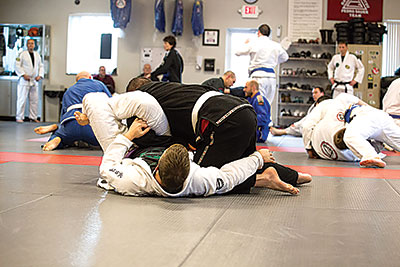 By the time you reach blue belt, everyone in your life is sick of hearing about jiu-jitsu. At purple belt and beyond, your training will no longer come up in conversation. Your friends have asked all of the weird questions possible and you have nothing new to say. The friends that are interested in your training are fellow jiu-jiteiros. In fact, after five years of jiu-jitsu, you should not be surprised if the majority of your social circle is comprised of people you met on the mat.

For the sport to grow, we need new blood and a brand new white belt has more people to invite to the mat than a tattered purple belt. In this way, every white belt is a potential advocate, the key to unlocking awareness for the sport in an untapped circle of friends and family. White belts then become an outlet for the surge of excitement that builds in our sport for fancy highlight reels or unorthodox new techniques. Where upper belts talk to other upper belts about the awesomeness of our sport, a white belt is more likely to grab an uninitiated friend and say, “Isn’t this cool?”

These interactions can seem inconsequential, but each one counts, and they can add up to another white belt signing up for an introductory class, perpetuating the momentum of our growing art.

As cliché as this point sounds, it still rings true. That poorly coordinated white belt that makes weird noises when he tries to escape triangle chokes could mature into the next big thing. Keenan Cornelius’ story of being a mediocre grappler up through much of purple belt is well known at this point, and now he has become one of the key innovators in competition jiu-jitsu. Cornelius, like every super-star in today’s tournament scene, started as a lowly white belt.

Outside of the spotlight, the potential of a white belt is no less important. A white belt could become a gifted instructor, a trusted friend, or an empathetic mentor. Having ambassadors for the sport may be just as critical (if not more) than having charismatic world champions. Ambassadors make the sport accessible. They nurture new relationships and provide helpful advice. Their work may never make them famous, but ambassadors are champions in a different kind of fight.

Any white belt, regardless of his starting point, has this potential. If this potential is ignored or overlooked, we as a community may miss out on having some very special people in our sport.

A Note about Hyperbole

Before you fire off an angry email, you should know that no jiu-jiteiro would seriously say that any belt is more or less important than another. Every individual in our community is playing an important role in the growth and evolution in the sport, whether you train twice a day or twice a week. Unfortunately, however, the value of white belts is too often overlooked.

If you are a white belt reading this, don’t let your importance go to your head, but start thinking about your role in the jiu-jitsu community at large. Even now you are a representative for the art. That’s a big responsibility that should not be taken lightly.

If you are an upper belt reading this, take a moment to hug your white belts. Maybe not actually hug them (that could be weird), but metaphorically hug them. Do your part to make their transition into the sport less rocky and give them the support they need to continue training through challenges and hardships. A little bit of your time could mean that one less person gives up on jiu-jitsu. That’s powerful.

White belts are the seeds of jiu-jitsu’s future. Everyone should help those seeds grow.

Using Kettlebells To Up Your Game.

Marshal D. Carper is a purple belt under Sonny Achille. In addition to owning Artechoke Media, Marshal is the author of books like The Cauliflower Chronicles and Marcelo Garcia’s Advanced Jiu-Jitsu Techniques. His latest project, WhiteBeltProblems.com, a free open-source resource devoted to making BJJ more accessible for beginners.
One Comment