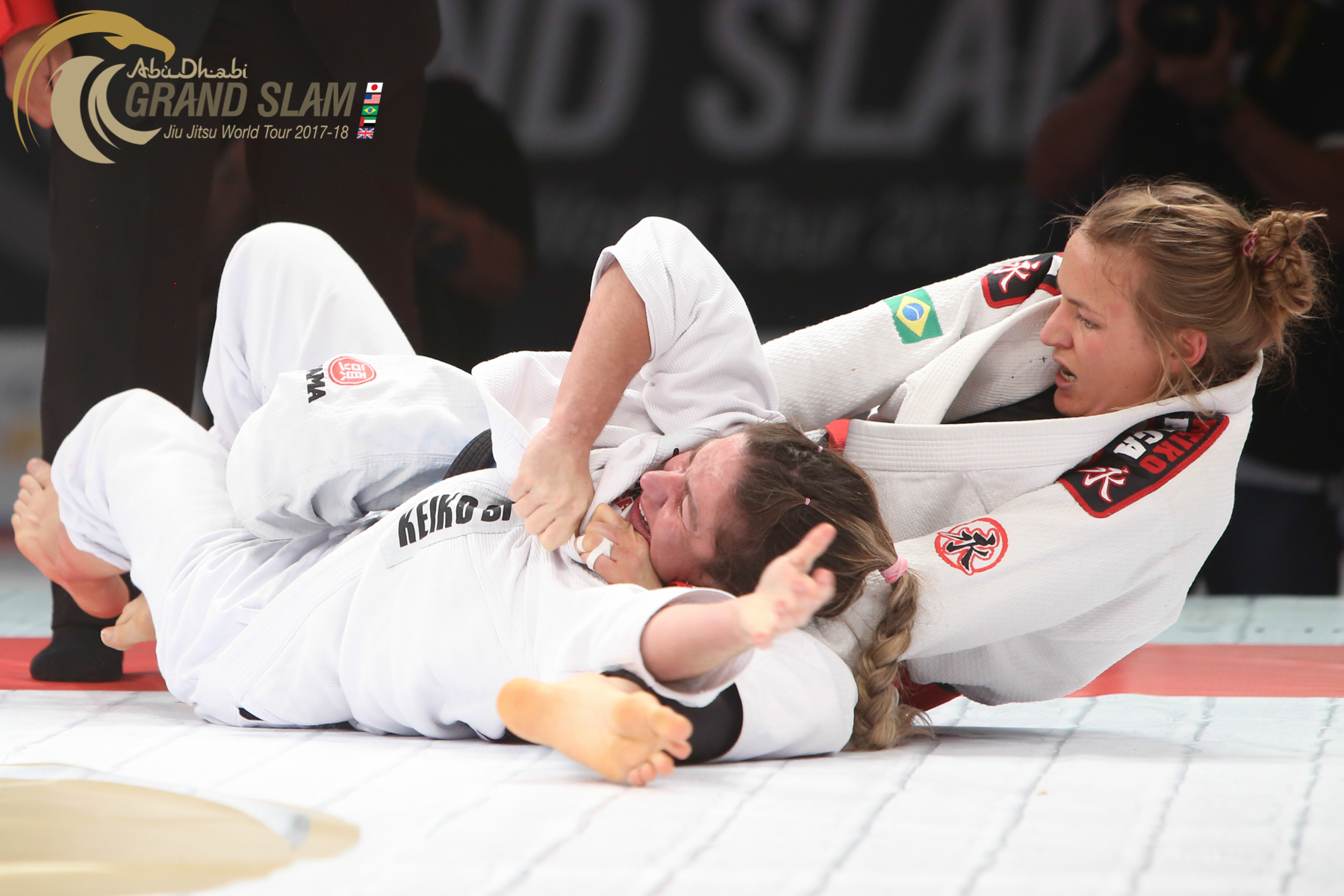 The final day of competitions at the Abu Dhabi Grand Slam Jiu-Jitsu World Tour, this Saturday, at the Mubadala Arena, in Abu Dhabi, was the perfect ending to another thrilling event in the 2017/2018 season. The black belt finals offered the crowd on the stands and millions of viewers around the world some of the highest level of Jiu-Jitsu found today. Here’s how each weight class played out.

49kg – Mayssa Caldas choked Flavia Quintareli from the back twice on Friday to secure the gold medal in the division and avoid a third match this Saturday. 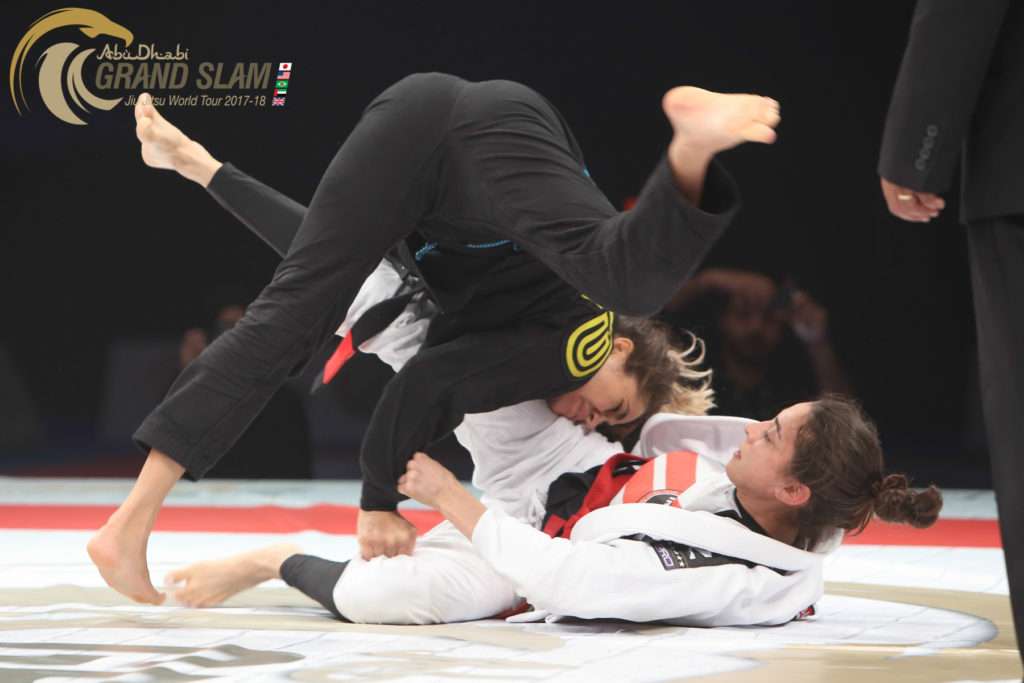 55kg – Amanda Nogueira and Ariadne Oliveira fought until the very last second of the final. Nogueira scored one advantage first with a near guard pass while Oliveira tied the count with a near sweep in the end. The final decision came to the referees, who decided that Amanda deserved the gold medal.

62kg – Charlotte Von Baumgarten put all her pressure on Nadia Melo to reach the back and go for the bow and arrow choke. The tap did not come, but a 6-0 lead on advantages was enough to secure the gold medal for the talented German black belt. 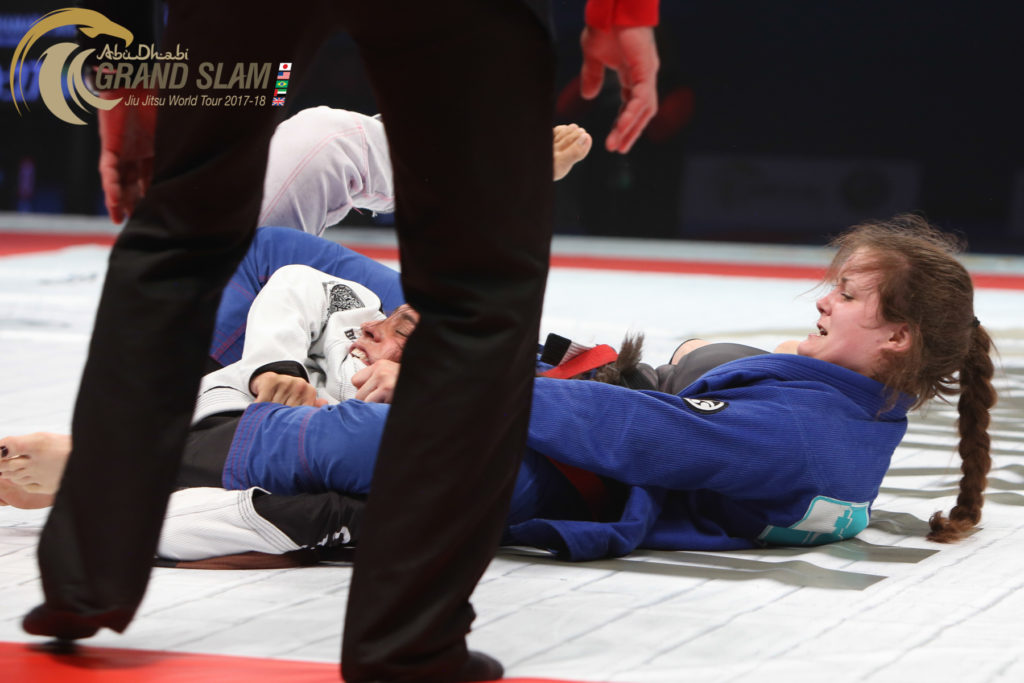 90kg – Samantha Cook was just too much for Thamara Silva in the gold medal match. The Englishwoman went for the back take and sealed her victory with a beautiful bow and arrow choke.

56kg – José Carlos Lima kept his dominance in the division with another solid performance during the weekend. In the final, he managed one sweep more than Massaki Todoroko to build a 8-6 lead and take the gold medal home.

62kg – João Miyao and Hiago George repeated the same final match of the last two Grand Slams and this time Miyao found a toe hold to finish George and claim his second title of the season. 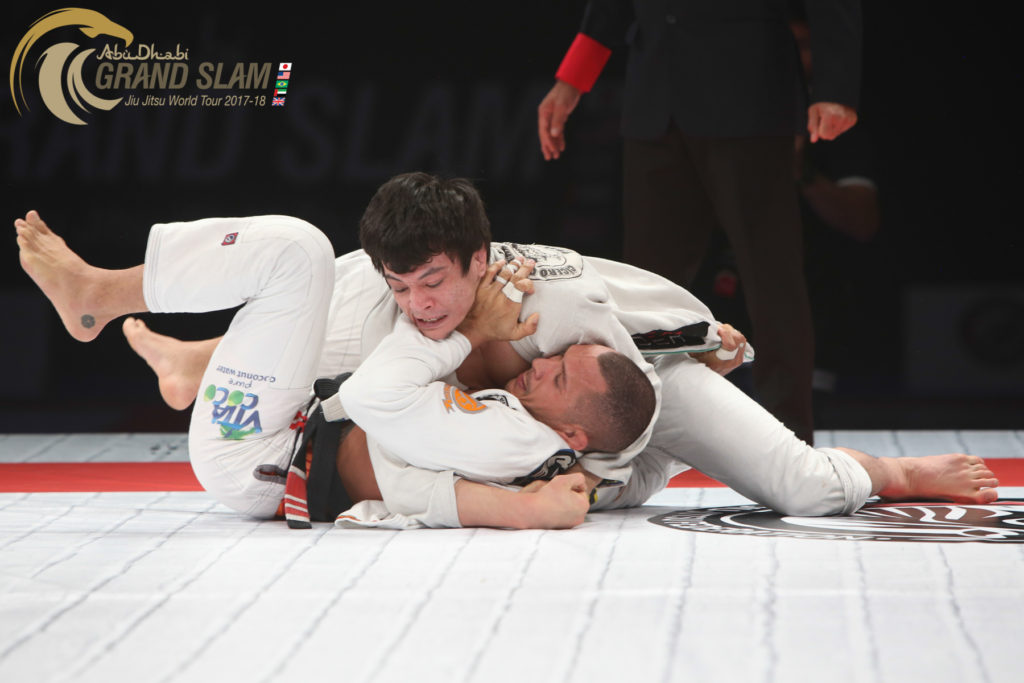 69kg – Paulo Miyao managed a sweep and a guard pass to build a 5-0 lead over Tiago Bravo and mark his return to competitions with a gold medal.

77kg – Brazilian Flávio Vianna trusted on his top game to maintain Australia’s Lachlan Giles under control and build a 3-0 lead on advantages to claim the gold medal. 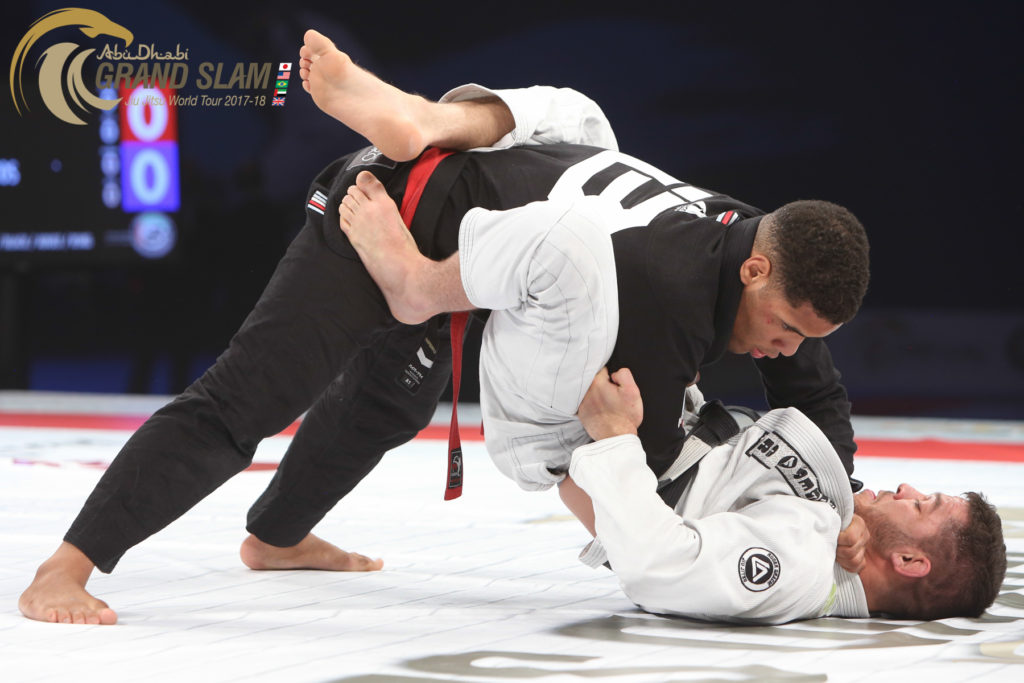 85kg – In a very close match, Charles Negromonte was able to stand his ground against Isaque Bahiense to win the title by referees decision following a 0-0 tie on points and advantages.

94kg – Helton Junior played safe on top to avoid Adam Wardzinski’s powerful guard game and win the title via referees decision after a 1-1 tie on advantages.

110kg – A 2-1 lead on advantages following and 2-2 tie on points was enough for Igor Silva to beat Mauricio Lima in the final of the heaviest weight class in play this Saturday.

The Abu Dhabi Grand Slam Jiu-Jitsu World Tour returns March 10-11, in London, UK, for the final leg of the 2017/2018 season. The registration for athletes of all nationalities is open. Click here to register and for more info.