The 2017 IBJJF World No-Gi Jiu-Jitsu Championship is a wrap at the Anaheim Conventions Center. The event featured some of the best black belts in the world today for a full weekend of thrilling matches. In the end, Atos JJ’s Lucas Barbosa was the big standout with double gold in the adult black belt division. The Hulk feared no big man and rose to the top of both the superheavy and the open class division. Barbosa usually competes as a medium-heavy athlete.

In the other weight classes, big names fought hard to claim the title. Here’s how each division played out.

Caio Terra reached the impressive mark of 10 world titles in 11 appearances at the Worlds No-Gi. This Sunday, he first finished Jimmy Santiago with a wrist lock and then beat Tomoyuki Hashimoto 3-0 on advantages to claim the gold medal.

João Miyao was merciless. He first beat João Pedro Oliveira 14-0 and then met Lucas Pinheiro in the final. The victory came with a back take and the rear naked choke that secured the gold medal.

Osvaldo Moizinho won his fourth world title after beating Silvio Duran 3-1 on advantages in the semifinals and then beating Pablo Mantovani 4-2 in the gold medal match. Mantovani reached the final after beating Gianni Grippo 2-0.

Renato Canuto is on fire. He first outscored former champion Rodrigo Freitas 18-0 to meet AJ Agazarm in the final. The gold medal rested on his chest after a 4-0 win on advantages over AJ in the final.

Josh Hinger has done it again. He first beat Dante Leon by referees decision after a 2-2 tie. Then he met Felipe Silva in the final after Silva beat Michael Liera 2-1 on advantages. The gold medal match was decided in the final seconds when a near guard pass granted Hinger the 1-0 lead on advantages. 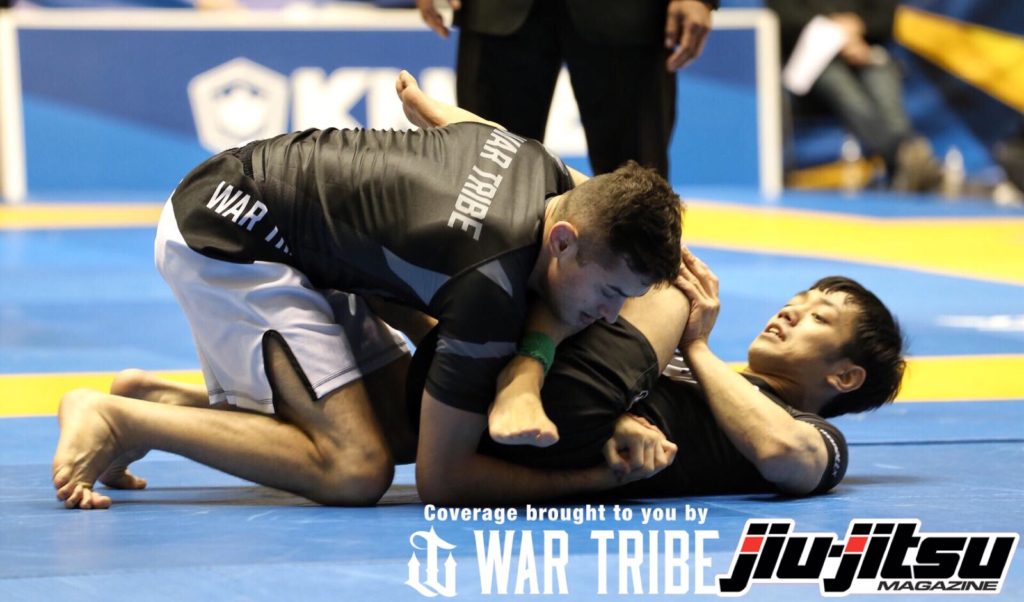 Keenan Cornelius started out the day with a rear naked choke on Diego Ramalho. His opponent in the final would be the always tough Murilo Santana, who had beat Charles Negromonte 1-0 on advantages. The final came to be decided by one takedown and a 2-0 lead for Keenan.

Arnaldo Maidana sailed through the semfinal when Thiago Sá could not compete. On the other side of the bracket, Roberto Torralbas beat David Mitchell 13-0 in the semifinal. The gold medal came Maidana’s way by referees decision after a very close match that ended with a 0-0 tie.

Lucas Barbosa won his first gold medal of the weekend with two finishes. First he caught Eliot Kelly with a kimura and then choked João Assis from the north/south position.

Roberto Cyborg had a stellar performance this Sunday. He first outscored Adam Sachnoff  29-0 to meet his friend João Gabriel in the final after he beat Jared Dopp 6-0 in the other semifinal. The gold medal match was a close match and a smal 2-0 lead earned Cyborg the title. 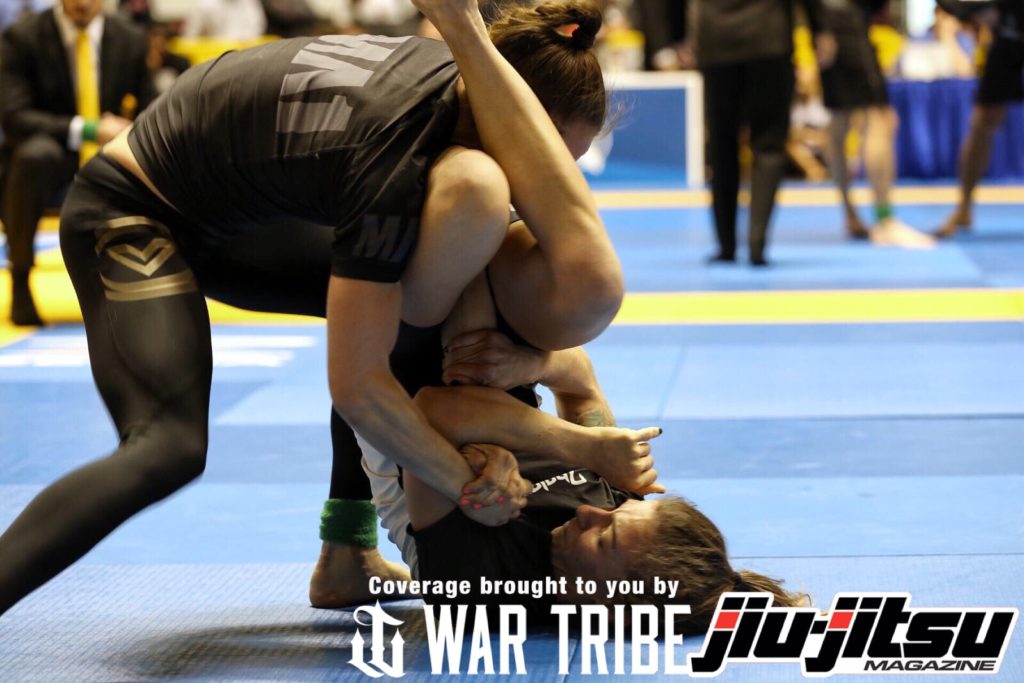 Ana Laura Cordeiro took the title after a closeout with Jessica Flowers.

Coverage brought to you by War Tribe Gear.