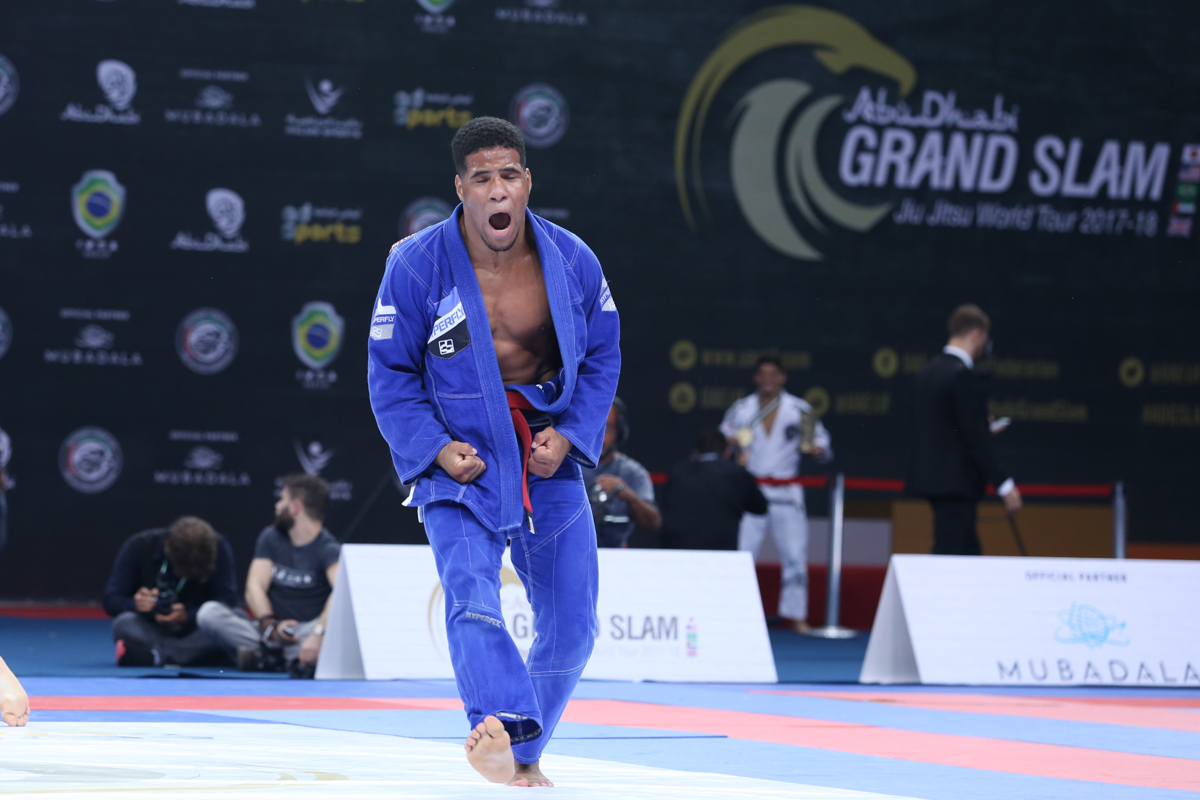 The final day at the Abu Dhabi Grand Slam Jiu-Jitsu World Tour Rio more than delivered all the thrills expected by the crowds that packed the stands of the Arena Carioca 1, at the Olympic Park, in Rio. The female brown/black belt division, the Legends Super Match and the male black belt division crowned its champions in matches that caught the attention of the entire venue. 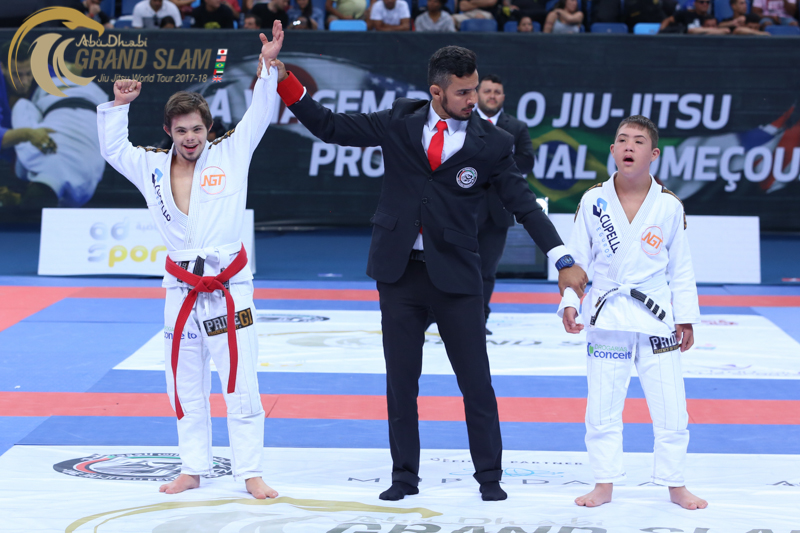 Another highlight of the day was the presence of the Para-athletes, which at one point took over all nine mats of play. They inspired all of those present with their dedication to the gentle art despite the obstacles life put in front of them. Here’s a brief write up on the events of the day. 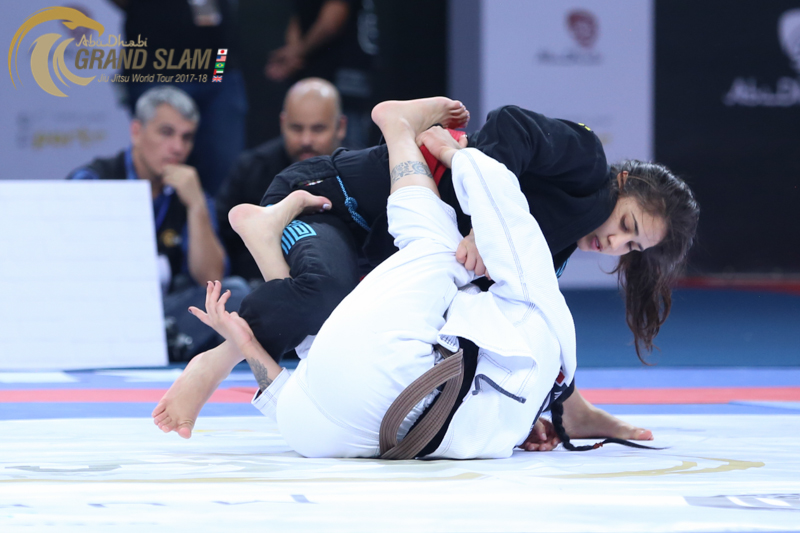 55kg – In a close match, black belt Amanda Nogueira had trouble to deal with a very game opponent in brown belt Mayara Abraão. The 2-0 lead that meant Amanda the title was built with a takedown halfway into the match. 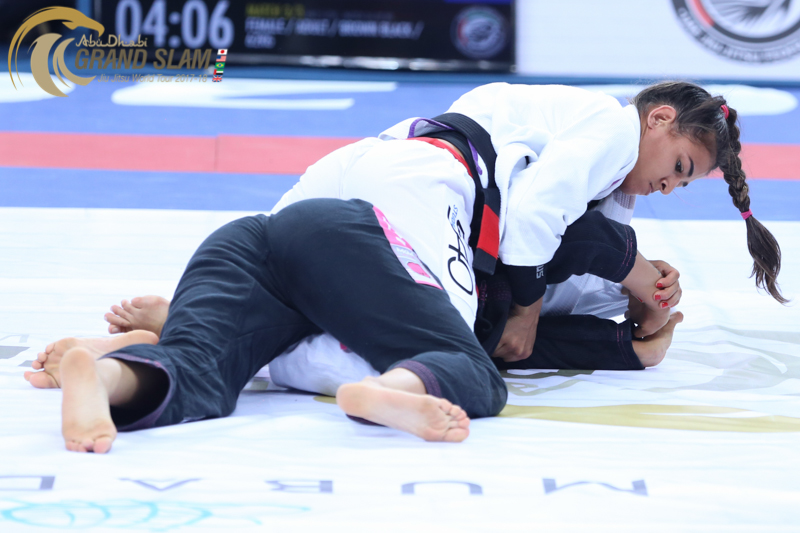 62kg – Bia Mesquita continues to impress the crowd with solid performances. In the final against the very dangerous Bianca Basílio, Mesquita put her game to work and was able to build a solid 6-0 lead to prove once again she is the undisputed queen of the weight class. 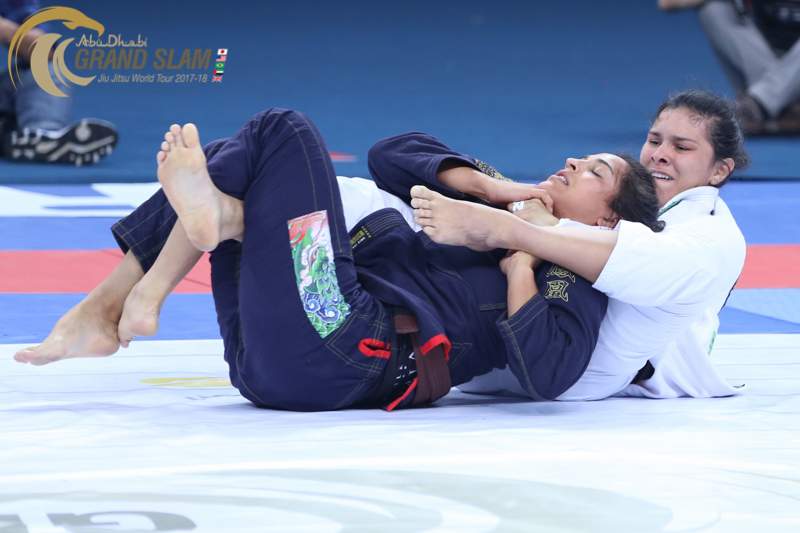 70kg – Ana Carolina Vieira seems unstoppable. After two opponents finished on Saturday, she completed the job in the final with a choke from the back on Thamara Silva and the second straight title at the Grand Slam. 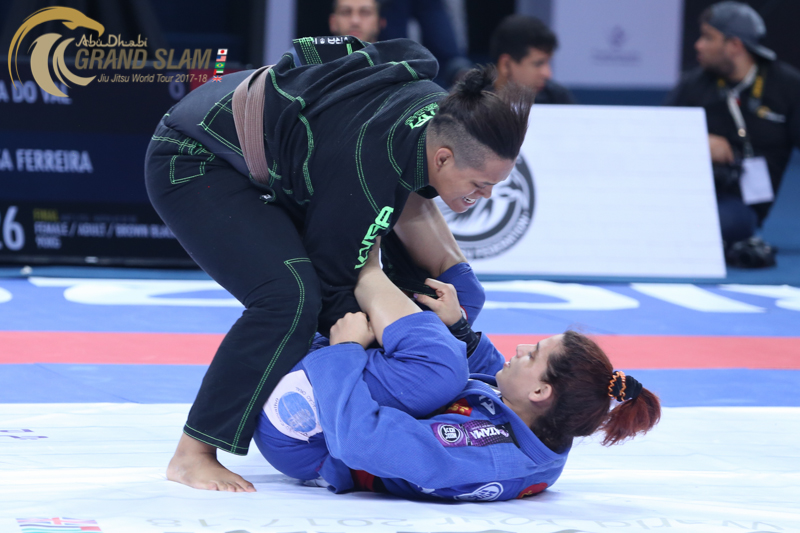 90kg – In another match between a black belt and a brown belt, Claudia Do Val had trouble to score against a very tough Heloisa Ferreira. Playing on the bottom most of the time, Claudia threatened Heloisa with triangles and omoplatas. The work on Do Val’s part was enough for the referees to point her the champion after a 0-0 tie on points. 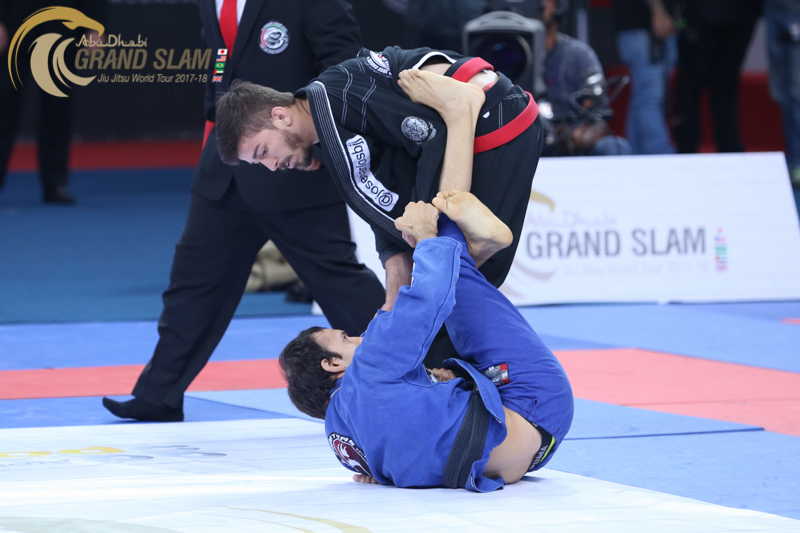 56kg – José Carlos Lima secured the gold medal with a safe performance against American David Herrera. In a very close match, he managed a 2-1 lead on advantages to take the title home. 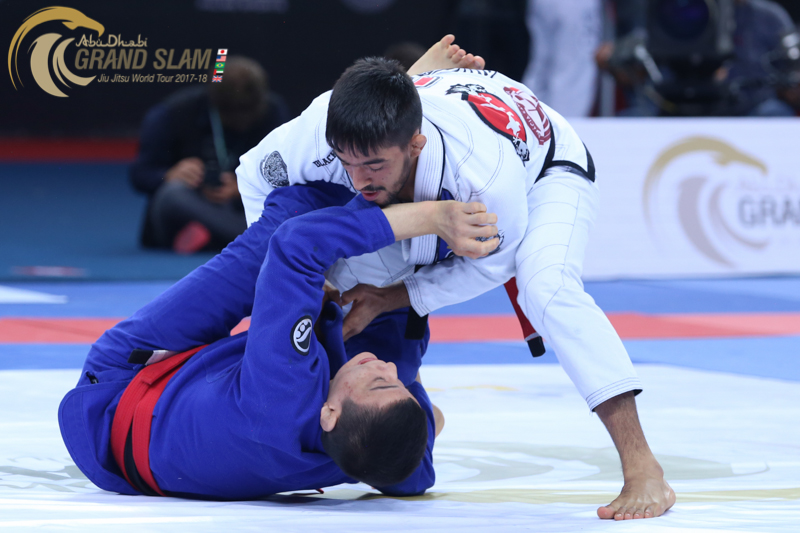 62kg – João Miyao and Hiago George gave the crowd what they wanted. The two teammates went for it in the final and engaged in a fierce sweep game back and forth. In the end, with the score in a 6-6 tie on points, a 1-0 lead on advantages made Hiago the champion. 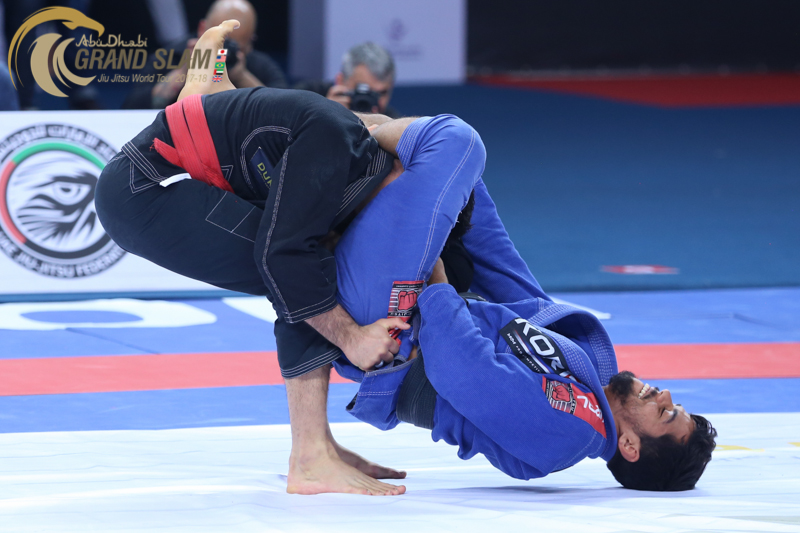 69kg – João Neto wasted no time. Early on in the final match, he caught Rafael Mansur in a powerful triangle choke. Mansur used all his technique and strength to resist the tap for a few minutes, but in the end had no choice but to tap, awarding Neto the title. 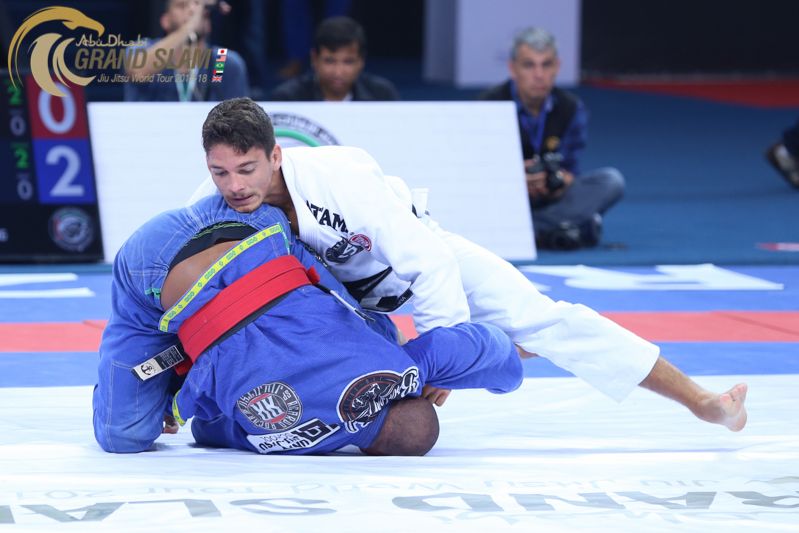 77kg – In another very close match, Hugo Marques took one of the few opportunities to score a 2-0 lead with a sweep and go ahead on the scoreboard. He kept the lead until the end to claim the gold medal. 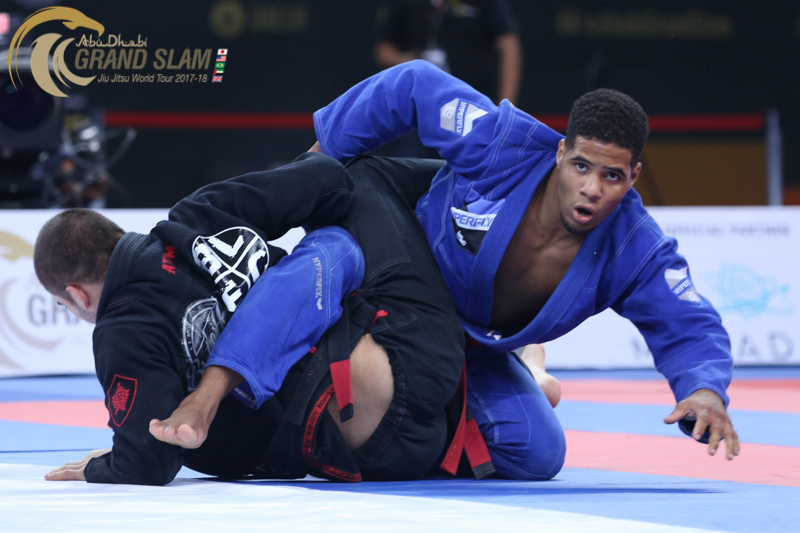 85kg – Isaque Bahiense is now two for three in the 2017/2018 season of the Grand Slam. The second gold medal came with a 3-0 win on advantages over the tough Gustavo Batista. The final was a very strategic match between two opponents that displayed a lot of respect to each other’s games. 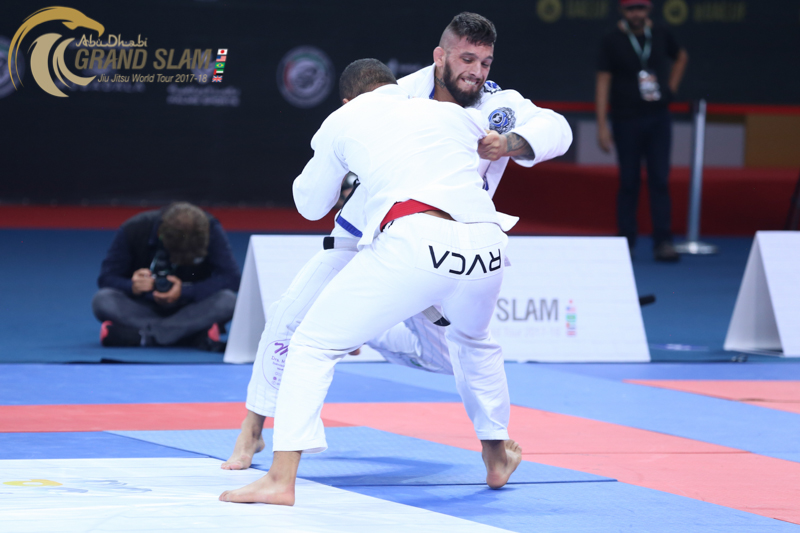 94kg – After beating Xande Ribeiro in the semifinals, Patrick Gaudio arrived at the final against Guilherme Santos as the favorite. Nevertheless, the match was not one-sided, as Santos proved to be a very game opponent. The match was almost entirely fought with both fighters standing and in the end Gaudio won by referee decision after a 0-0 tie on points. 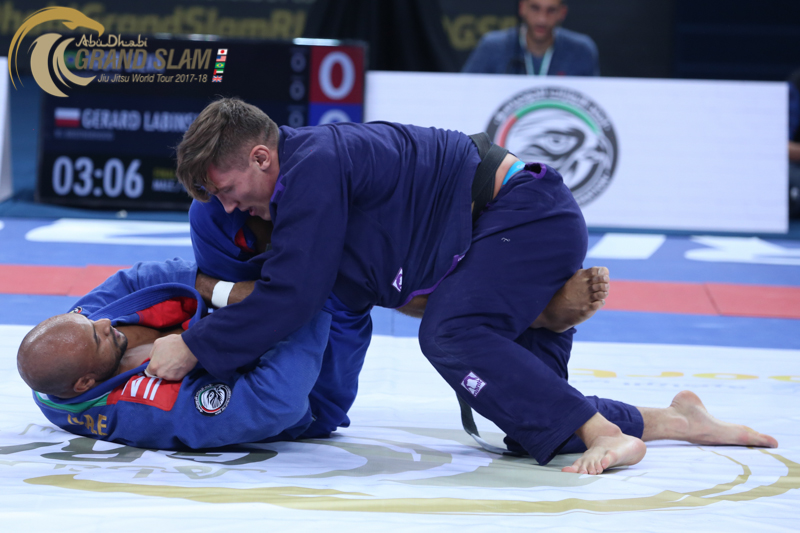 110kg – Under the coaching of no other than Leandro Lo, Gerard Labinski went for it in the final match against Igor Silva. The Poland expat who lives in São Paulo and trains at NS Brotherhood, played on top and managed to reach Silva’s half guard and score a 1-0 lead on advantages. 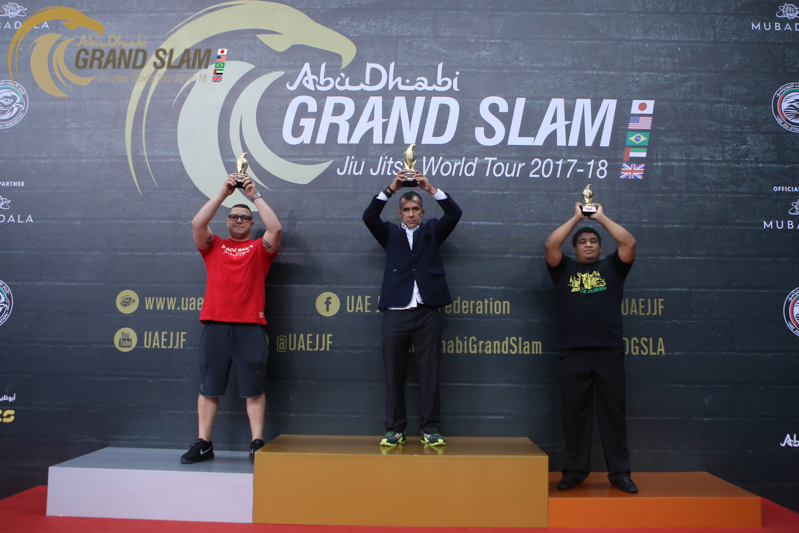 GF Team gave another display of its strength in Brazil, specially in Rio. The team collected 35 gold medals, 32 silver medals and 27 bronze medals, adding up to 25408 points, more than 16,000 more points than the second place finisher. Gracie Barra came second with 9252pts and Nova União completed the podium with 7868pts. Click here for the full results. 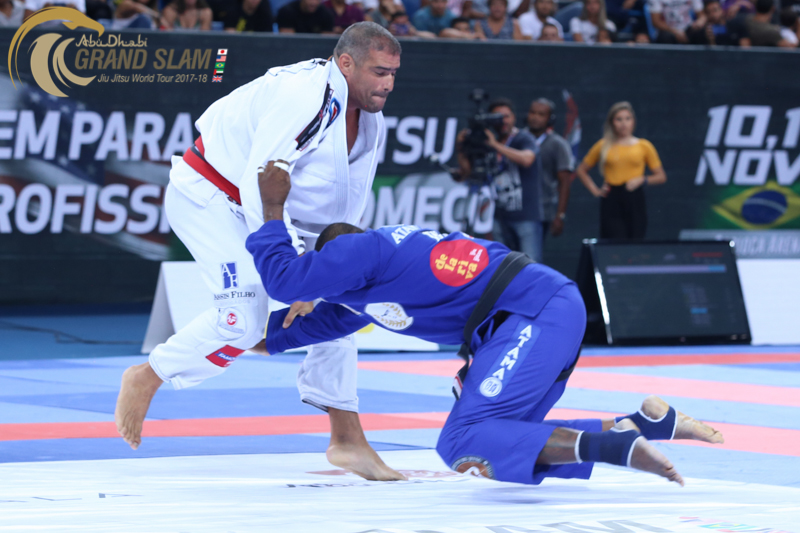 Rafael Carino and Carlão Barreto were welcomed with warmth by the crowd in Rio. Once on the mat, the two legends delivered the show it was expected of them. In a close match, Carino was able to score first with a takedown that put him 2-0 in the lead. Carlão fought back fiercely, but he was unable to tie the match. Once it was over, the two warriors opened big smiles and hugged it out to celebrate the art they both love and defend.

The Abu Dhabi Grand Slam Jiu-Jitsu World Tour returns January 12-13, 2018, for the fourth leg of the 2017/2018 season in Abu Dhabi, capital of the UAE. The early registration period ends December 11 (late registration ends January 8). The event is open to all nationalities and will offer over $195,000 in prizes. Click here to register now.