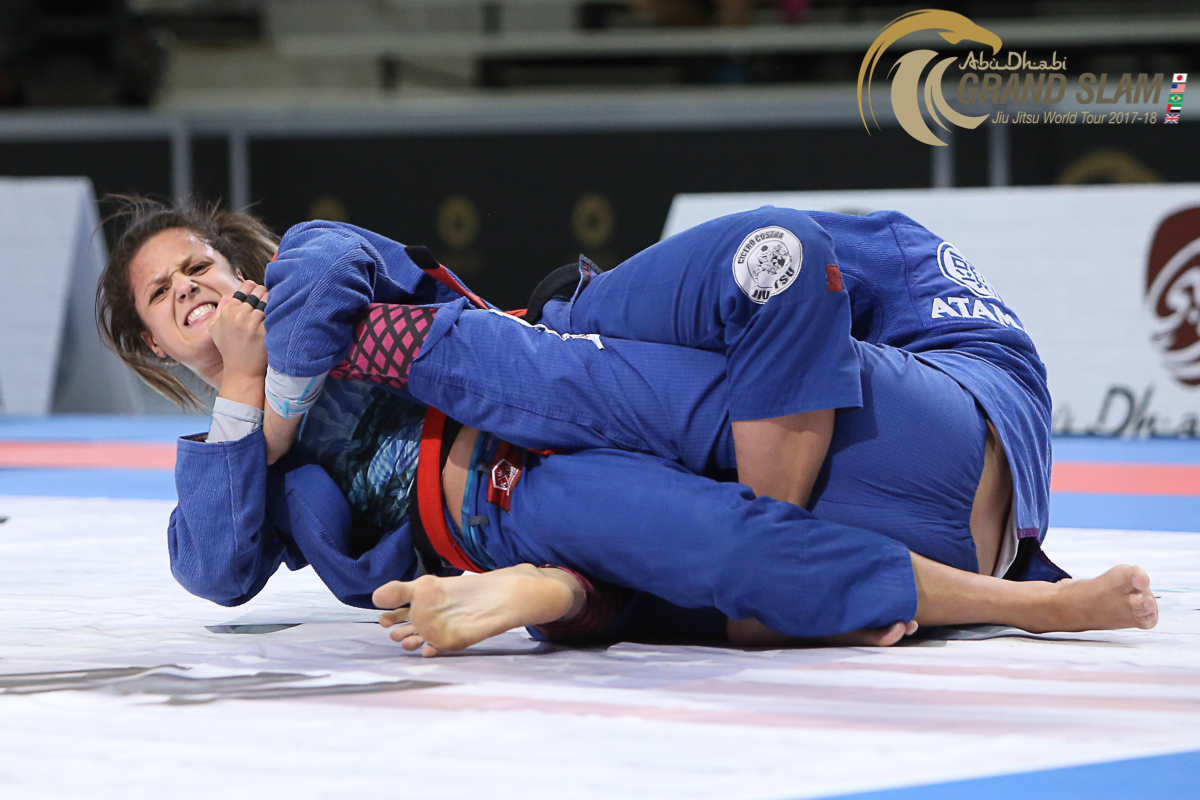 The crowd present at the West Hall of the Los Angeles Convention Center was not disappointed by the level of Jiu-Jitsu they got to witness this Saturday, September 23, on day 1 of the Abu Dhabi Grand Slam Jiu-Jitsu World Tour. All throughout the day, black belts put on a great show in search of their share of over $125,000 in prizes. After all was said and done, these were the results of the day. 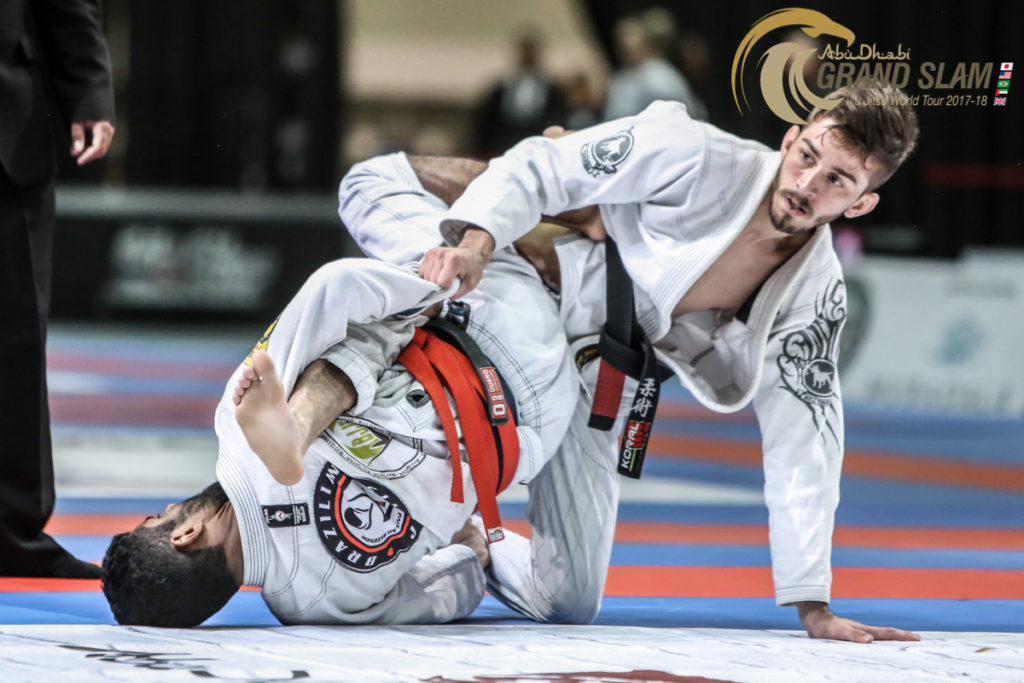 56kg – First José Lima (GF Team) was lucky when Lucas Pinheiro (Alex Martins BJJ) did not show up for the semifinal, granting Lima a free pass to the final. His opponent would be the always dangerous Rodnei Junior (Quatar BJJF), who had outscored João Carlos Kuraoka 9-0 in the semifinals. The gold medal match was a very close affair. After a 2-2 tie on points, Lima took the gold medal home via referees decision. 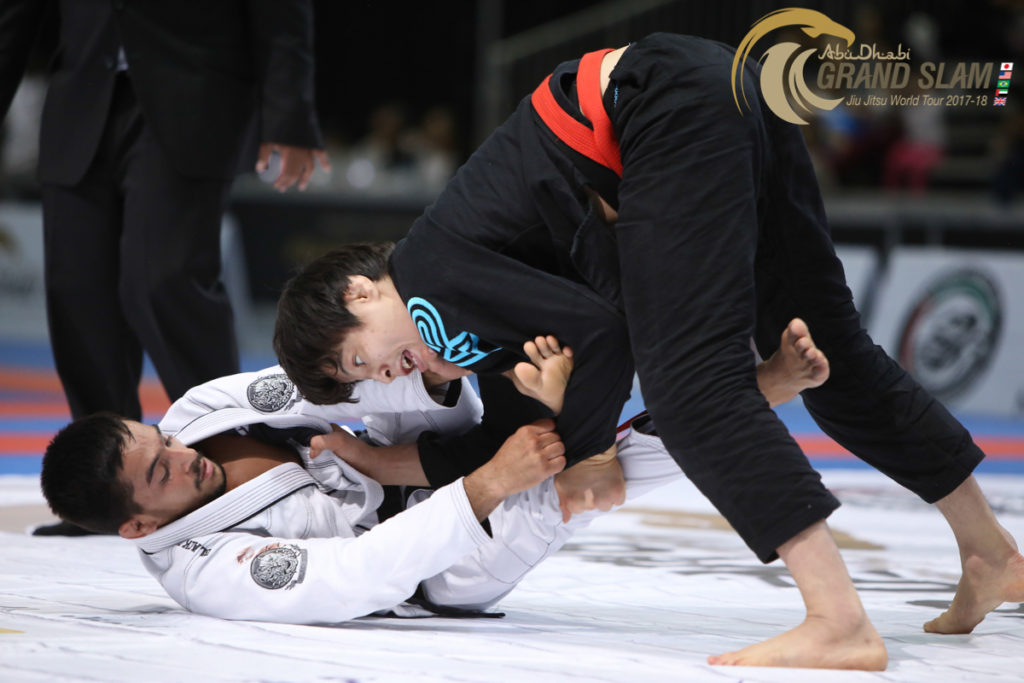 62kg– In three matches, João Miyao (PSLBP Cicero Costha) built his campaign to win the gold medal. First he outscored Jorge Nakamura (GF Team) 8-4 in the quarterfinals. The opponent in the semifinals would be Alex Alducin (Renzo Gracie Mexico), finished from the back in 37 seconds. The final match put Miyao against his teammate Hiago George, who had beat Nobuo Yagai 12-0 in the other semifinal. The two friends went for it and in the end a narrow 1-0 lead on advantages granted Miyao the gold medal. 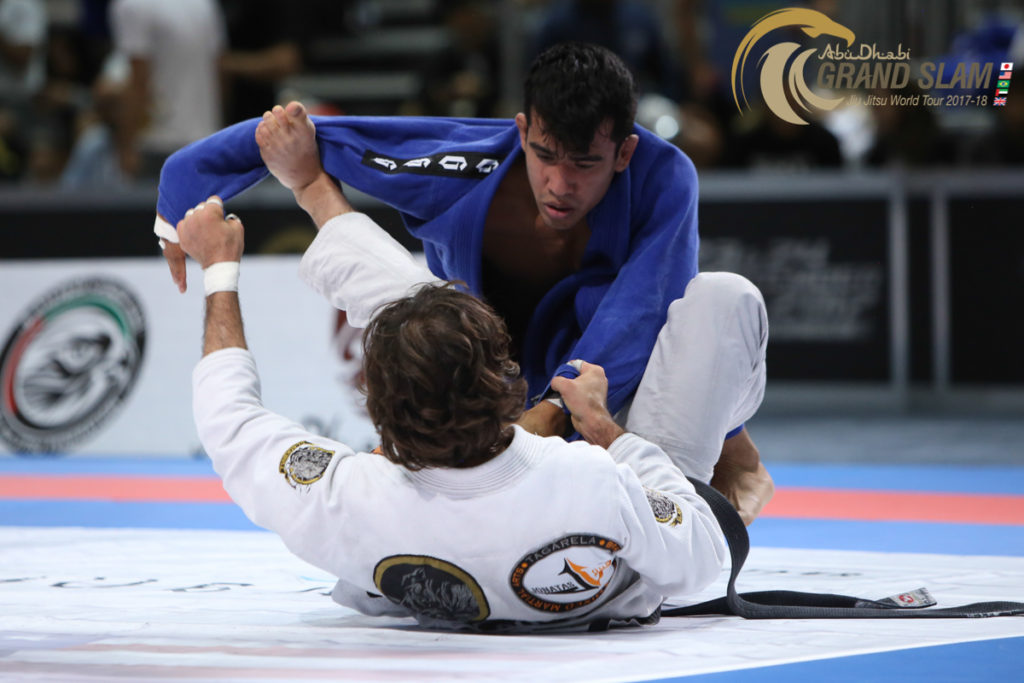 69kg – Thiago Macedo (Rodrigo Pinheiro BJJ) made his name known in a very tough division to win the gold medal. In three matches, he first outscored Alexandre Vieira (BTT) 4-0 in the quarterfinals. In the semifinals, Macedo was able to come ahead 6-4 over a very tough Victor Otoniel (Cicero Costha). The opponent in the final would be American talent Brian Mahecha (ATT), who had beaten Thiago Lemos 2-0, finished Bruno Carvalho and finally also tapped Brandon Walensky in the semifinal. The gold medal was decided by a sweep and a 2-0 lead in favor of Macedo after a very tough match. 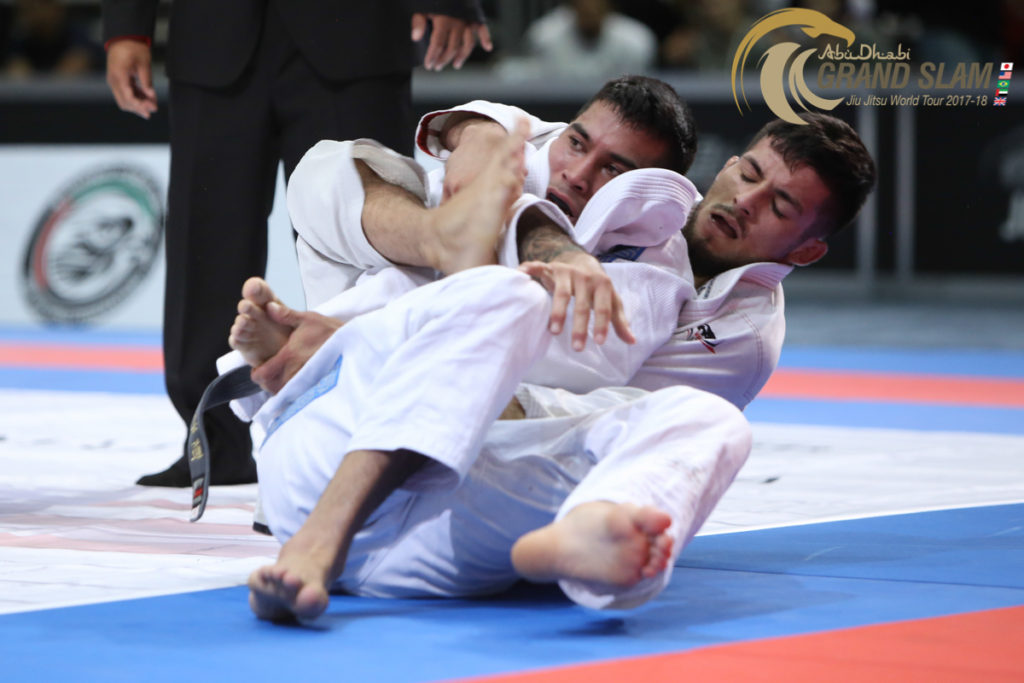 77kg – Renato Canuto (Zenith BJJ) had no easy path on his way to the gold medal. In four matches, he displayed a lot of heart and top technique to defeat very tough opponents. He first outscored Bret Russell (Tinguinha BJJ) 11-2, then got a narrow 2-0 win over John Combs (Easton BJJ) to meet Jamie Canuto (GF Team) in the semifinals. A 4-2 lead on advantages after a 2-2 tie on points was the edge Renato needed to face Francisco Iturralde (Del Mar JJ Club) in the final. For the gold medal, Canuto was able to impose his rhythm and outscore Iturrale 8-2 to secure the title. 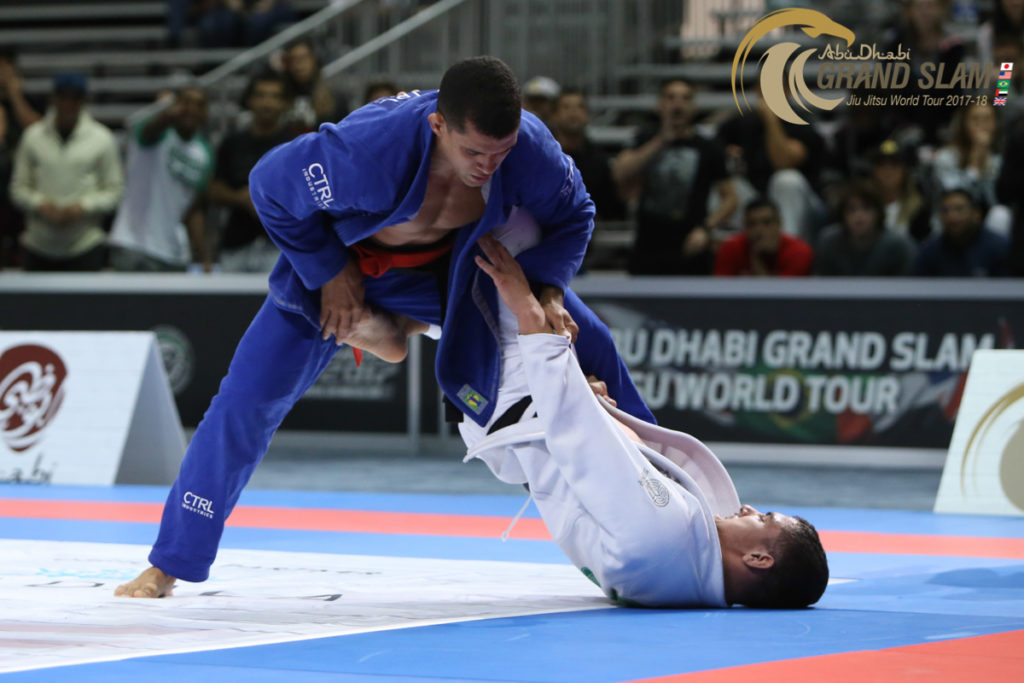 85kg – In another talent-packed division, Victor Silvério (Gracie Barra) made all the way to the final to claim the title. In three matches, he first finished Manuel Filho (NS Brotherhood), then outscored Dante Leon (GF Team) 3-0 on advantages to reach the final. The opponent for the gold medal would be Diego Ramalho (ZR Team), who had beaten Gabriel Fonseca 1-0 on advantages, Steven Silva 3-0 and Otavio Sousa 1-0 on advantages. A near sweep in the end of the match made the difference for the narrow 1-0 lead on advantages that gave Silvério the gold medal. 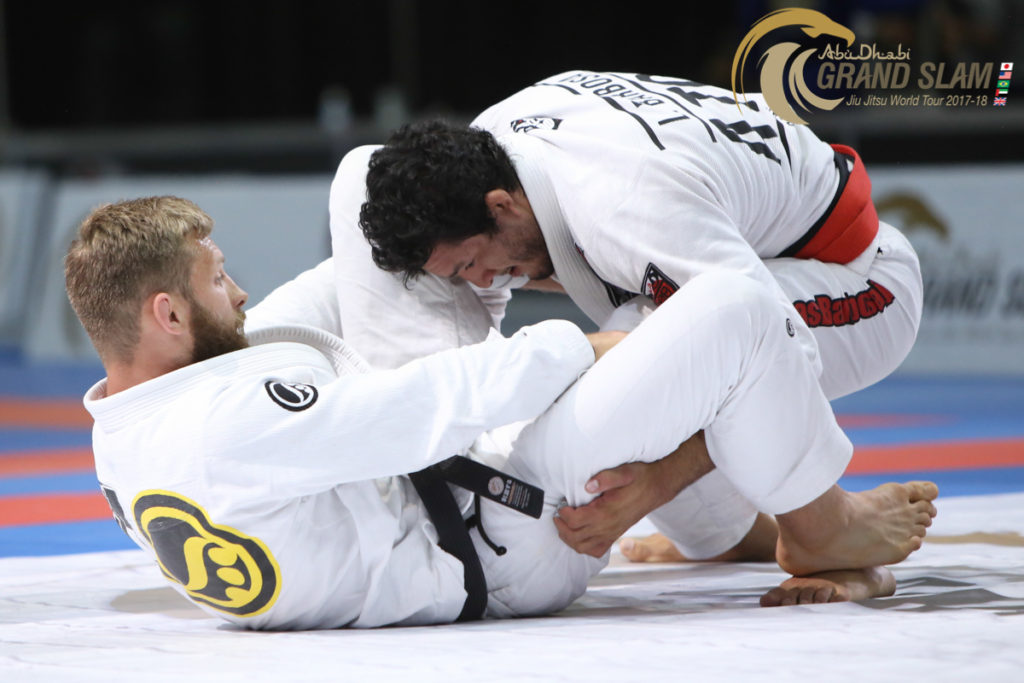 94kg – After having to settle for the bronze medal in Tokyo, Lucas Barbosa (Atos JJ) came back hungry for gold. In three matches, he beat Fernando Tsushida 1-0 on advantages, then finished Patrick Gaudio in 36 seconds to meet Poland’s Adam Wardzinski (Checkmat) in the final. Playing on top most of the time, Barbosa scored two advantages to claim the gold medal after a very close match. 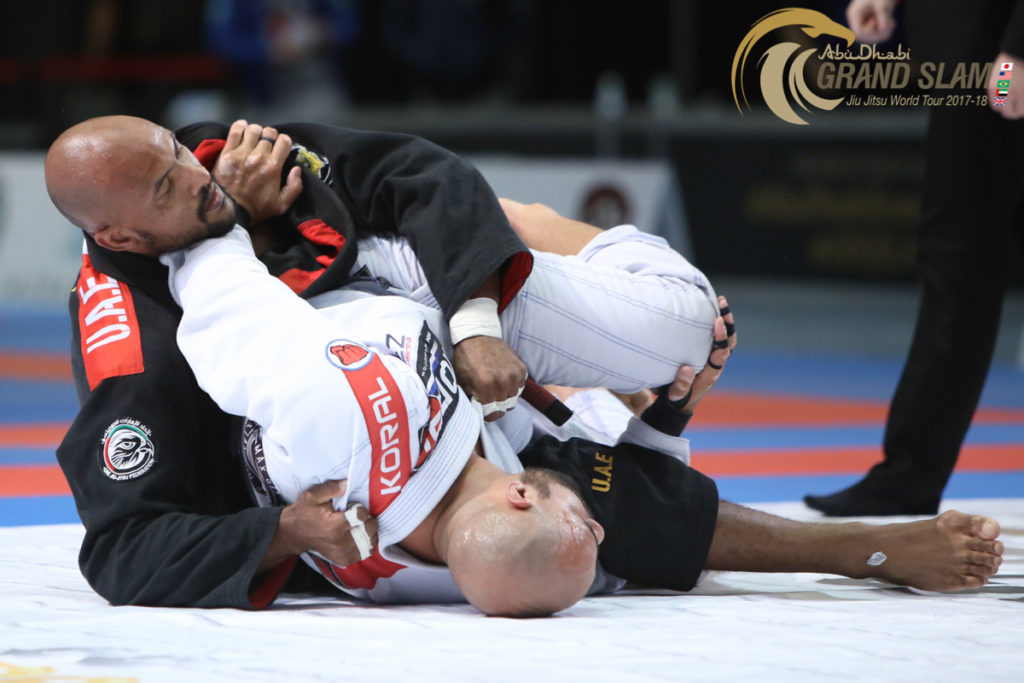 110kg – A familiar face in the Grand Slam circuit, Igor Silva (Commando Group) returned to once again display his talent. In two matches, he first beat Felipe Matos (Alliance) 1-0 on advantages and then waged war against Max Gimenis (GF Team) in the final. A 8-6 lead was the narrow edge that granted Silva the title. 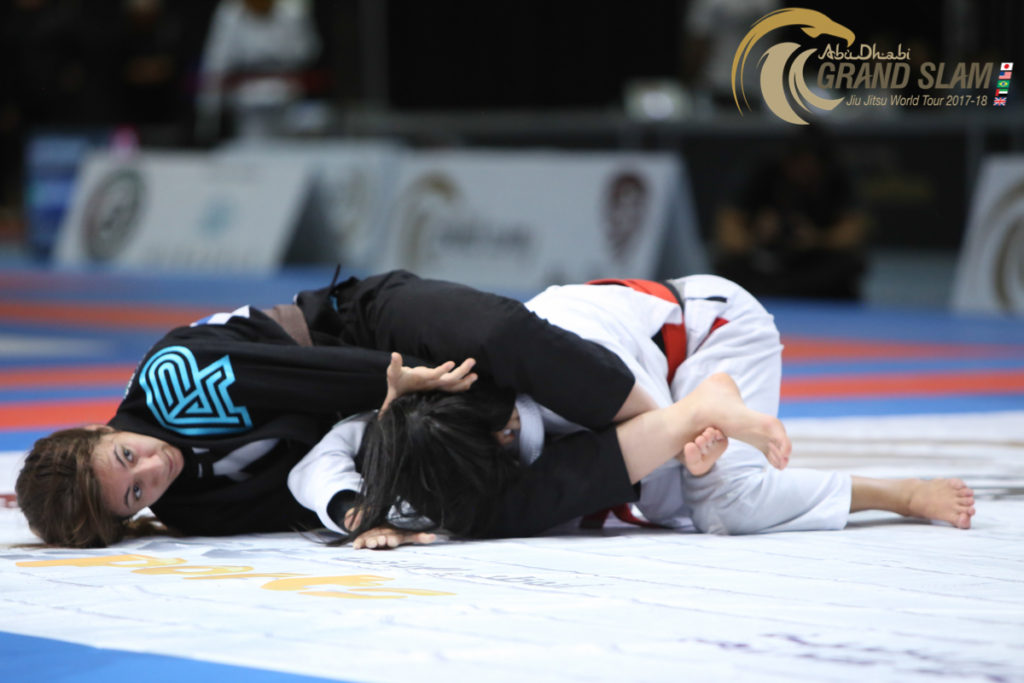 49kg – No one seems capable of dethroning Mayssa Bastos (GF Team). Once again, she was able to make quick work of her opponents. In a single match, Bastos worked her way to Rita Reis’ (Checkmat) back to sink in her trademark choke and walk away with yet another gold medal in the division. 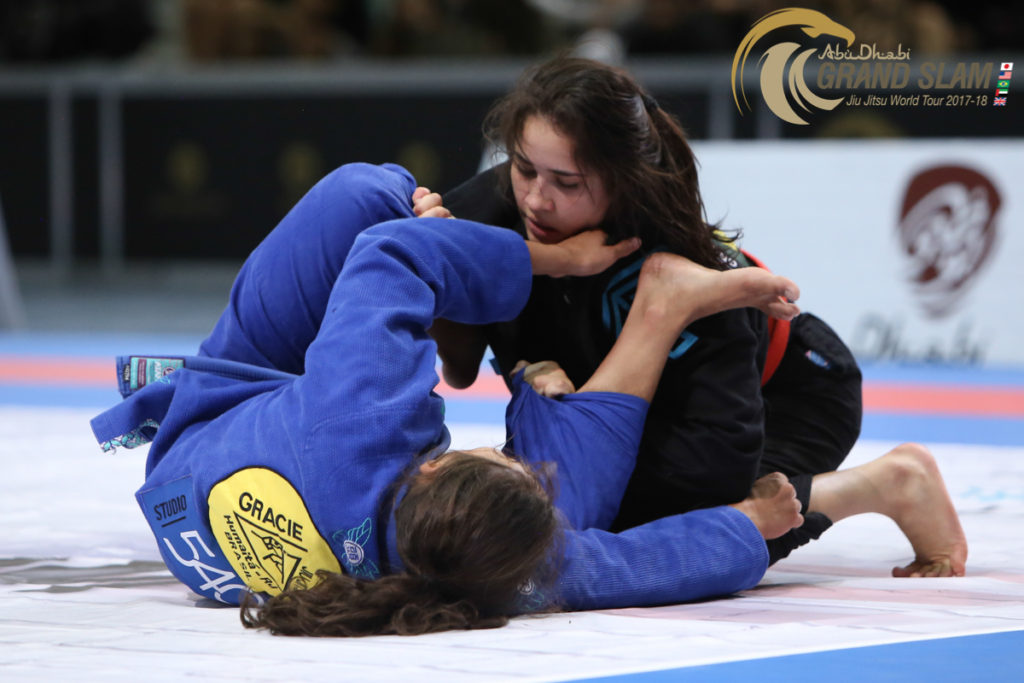 55kg – In a jam packed division, Amanda Nogueira (GF Team) proved to have what it takes to make it to the top. In three matches, she beat Patricia Fontes (Checkmat) by referee decision, then finished Victoria Tome (Bruno Bastos) in the semifinals to meet up with Gabrielle McComb (Gracie Humaita) in the final. A 2-0 lead after a very tough match was the difference for Nogueira’s win. 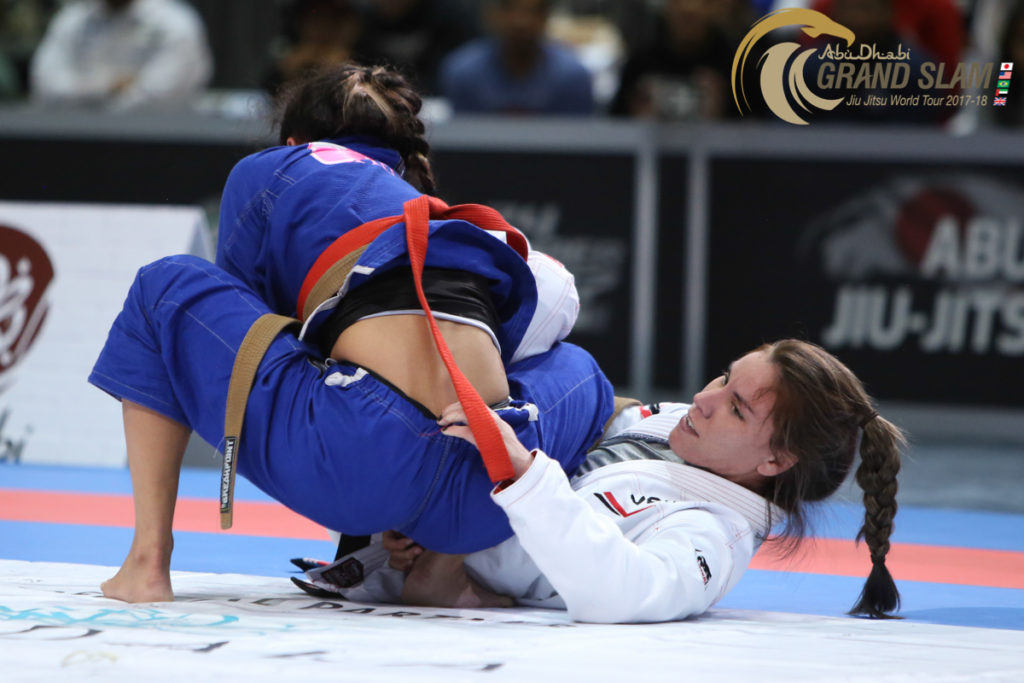 62kg – The talented Luiza Monteiro (NS Brotherhood) had no easy path on her way to another gold medal. She first finished Maxine Thylin (Gracie Southbay) and then meet up with the always tough Tammi Musumeci, to win 6-4 in a close match. The final was against Nathalie Ribeiro (Checkmat) and it was decided only by the narrowest of margins with a 1-0 lead on advantages. 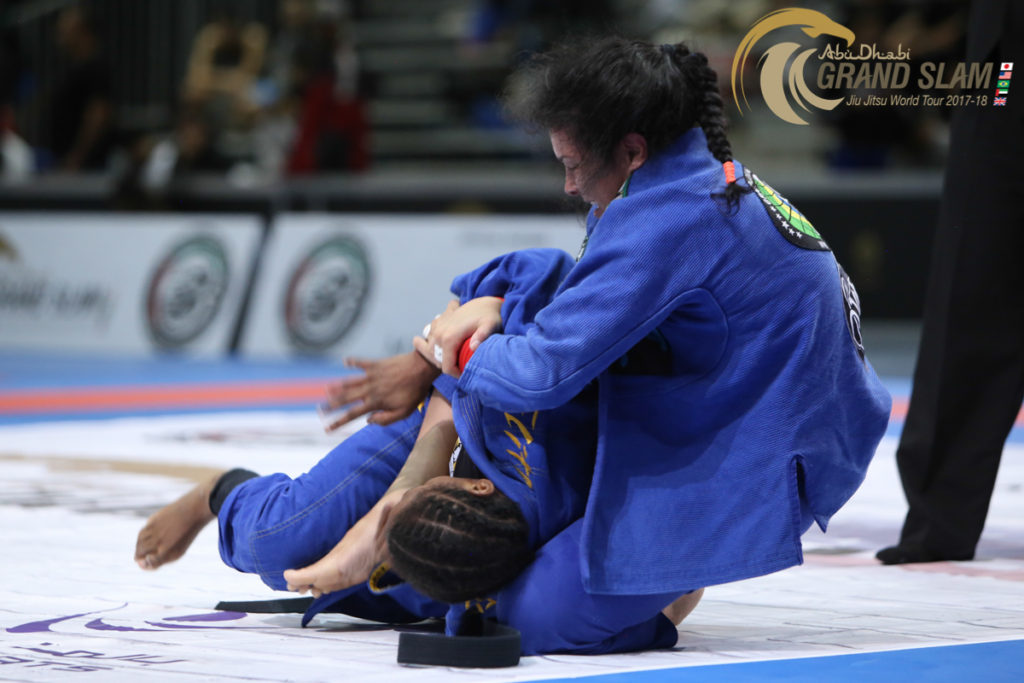 70kg – Ana Carolina Vieira (GF Team) has no intentions on relinquishing the crown in the division. After winning the 2017 ADWPJJC, she came back to the mats to once again claim her spot at the top. In two matches, she first finished Raquel Canuto (Zenith BJJ) from the back and then meet up with Jessica dos Santos (Gracie Miquinho) in the final. A 6-0 lead was enough to keep Carol as the queen of the division. 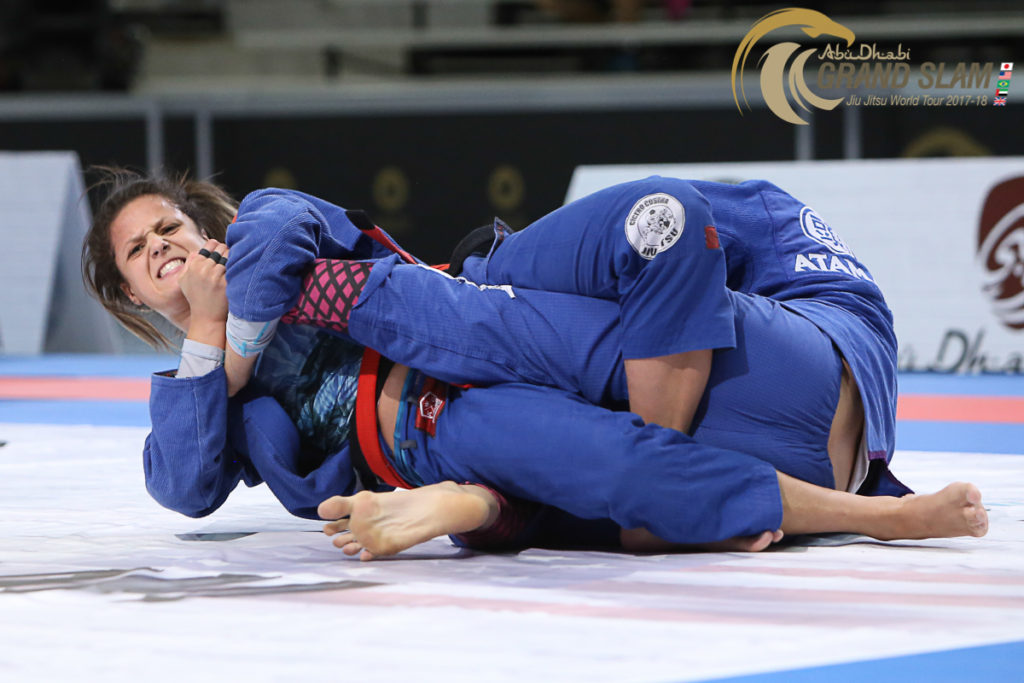 90kg – Another queen of the mats was in action in the division. Nathiely de Jesus (Cicero Costha) fought twice to keep her post as number one. She finished Fabiana Santos (Cavaca JJ) in the semifinals and then met up with tough rival Claudia Do Val (De La Riva) in the final. Losing by one advantage up until the very end, Nathi worked her way to a leg lock to secure the title and stay on course to repeat the result as leader of the female black belt ranking she won thi past season.

62kg – After the title in Tokyo, Gabriel Moraes stayed on top by finishing Kary Paredes from side control in the final.

69kg – Rene Lopez worked hard to beat Jeysen Santos by referees decision after a 2-2 tie in the final.

77kg – Vitor Oliveira displayed his well known skills to beat Antonio Crivelari 1-0 on advantages in the final and take the gold medal home.

85kg – André de Sá managed a near guard pass to build a 1-0 lead on advantages over Marcus Antelante and win the gold medal.

94kg – Robert Oliveira went for it against the great Saulo Ribeiro to win via split referees decision after a very tough final match.

The second of five stops in the 2017/2018 season of the Grand Slam returns this Sunday, September 24, for the white belt, blue belt and purple belt divisions.

The Grand Slam then travels to beautiful Rio de Janeiro, Brazil, for the third stop on November 10-12. Click here for more info.