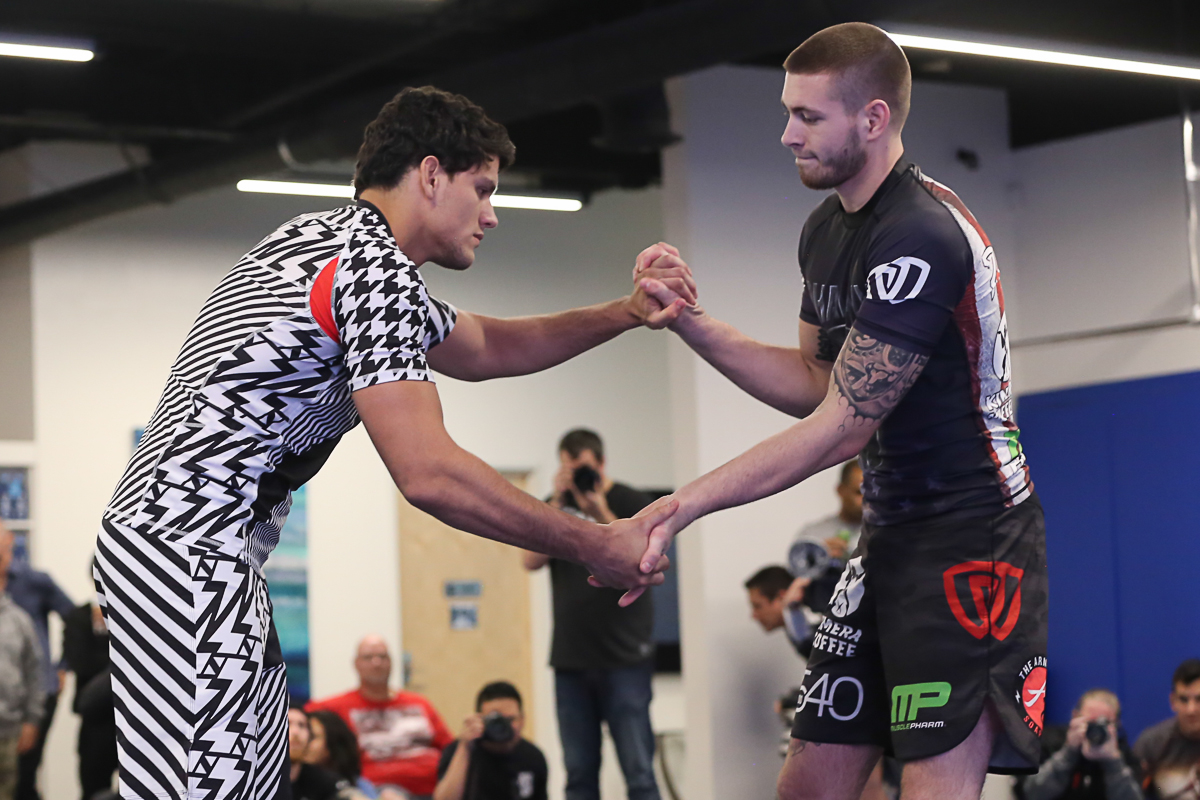 The 2017 ADCC just wrapped up in Espoo, Finland. After two days of epic matches, Brazil’s Felipe Pena ended the event in the highest note. In an impressive run in the open class bracket, Pena finished Marcus Buchecha in the semifinal with a rear naked choke and then beat Gordon Ryan in the final with a 6-0 lead. here are the results in all the weight classes.

66kg – In his fifth appearance in the ADCC, Rubens Cobrinha wrote his name in history. With a flawless campaign, he won his third ADCC gold medal and finished the year with what can be considered the super-Grand Slam, winning gold at the IBJJF Euro, Pan, Brazilian National, Worlds and the ADCC. In Espoo, Cobrinha fought fought four times to beat Uranov Zhakshylyk 3-0, finish Kuba Witkowski, beat Paulo Miyao by referee decision and meet AJ Agazarm in the final to secure the title with a 6-0 lead.

77kg –  American JT Torres finally made it. In four matches, he beat Lachlan Gilles 2-0, then repeated the score against Celso Venícius and made it to the final with a referee decision win over Garry Tonon. The gold medal came with a 3-0 win over Lucas Lepri.

88kg – Gordon Ryan was merciless in his run for his first gold medal at the ADCC. In four matches, he  beat Dillon Danis by referee decision, submitted Romulo Barral from the back, beat Xande Ribeiro by ref decision and finished Keenan Cornelius with a guillotine for the title.

99kg – Yuri Simões did it again. The 2015 88kg champion went up one weight class to claim his second gold medal at the ADCC. He first beat Roman Dolidze 2-0, then Michael Perez by referee decision and Jackson Souza 3-0 in the semifinal. The gold medal came with a 2-0 lead over Felipe Pena in the final match.

+99kg – After being sidelined by injury in 2015, Marcus Buchecha returned to reclaim his throne in the heaviest weight class. In four matches, he finished Arman Zhanpeishov, then finished Tim Spriggs and outscored Roberto Cyborg 4-0. In the final, he beat the reigning champion Orlando Sanchez 6-0 to win his second gold medal in the ADCC.

Absolute –  Felipe Pena entered the open class still after his first gold medal in the ADCC. In four matches, he first beat Celso Venícius 6-0, then Vitor Honório 15-0 to meet Marcus Buchecha in the semifinal. In a powerful performance, Pena took Buchecha’s back to finish with a rear naked choke. On the other side of the bracket, Gordon Ryan made a great run towards the final. He finished Roberto Cyborg, then Craig Jones and Mahamed Aly. The gold medal match was a reedition of their challenge match at the end of 2016. Once again, Pena was able to control the action to build a 6-0 lead and come up with the medal he wanted so bad.

60Kg – Beatriz Mesquita once again proved she is currently the most dominant female grappler under 60kg in the world. In three matches, she finished all three opponents in Ffiona Davis, Michelle Nicolini and Bia Basílio in the final.

+60kg –  Gabi is back! After a setback in 2015, when she had to settle for the third place, this time Gabi Garcia made her way to the top of the podium. In three matches, she finished Amanda Santana, beat Jessica Oliveira 2-0 and finished Talita Nogueira for the gold medal, Gabi’s third in ADCC history.

Have Questions? We Have Answers!