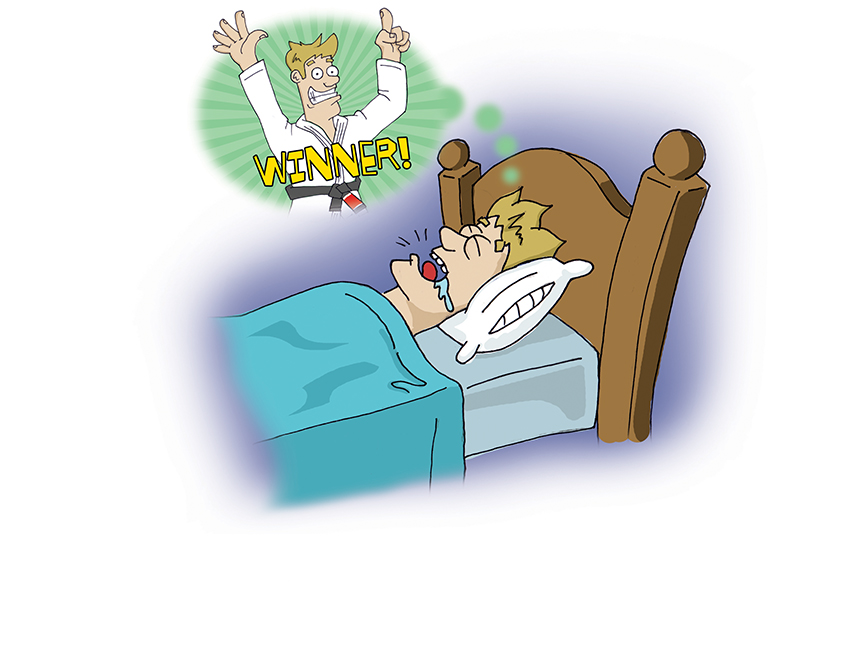 How To Get a BJJ Sponsorship

Sponsorship by a major brand might seem to be the pinnacle of BJJ lifestyle achievements. Sponsored athletes get a ton of free gear, appear in magazine advertising and videos, and all sorts of cool publicity, and some even get paid to travel the world and compete. Trying to earn that coveted spot as a sponsored athlete is not easy, however, but surprisingly, it’s not necessarily all about how many gold medals you’ve won and you don’t even have to be a black belt. So, what does it take? I’m about to uncover the dos and don’ts of how to get sponsorship in Brazilian jiu-jitsu.

The relationship between brand owner and athlete seems simple enough; brand owners want exposure and the athlete who competes a lot can offer that exposure. The quest to become a sponsored athlete may not be an easy one, but with the right approach, it is possible, at least, for a brand owner to take notice. However, companies receive dozens and dozens of inept, badly written, and even worse, wrongly addressed sponsorship requests every day. Let’s take a close look at the best approach to getting noticed by gear companies: 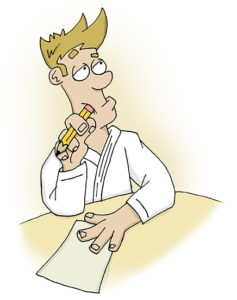 Pitching for a sponsorship or representation deal is a bit like a job interview letter. You need to sell it in the opening line of your email or it gets trashed, simple. My suggestion here is to start off with a little research. Address the email to a named person, not “Dear Sir” or “To whom it may concern”…or even worse, the WRONG person/company name completely. Yes, this really does happen and is not likely to amuse a busy gear company owner. If you must copy and paste your message, at least get the person’s name and details correct.

Flattery gets you everywhere

As part of your research into the brand, find out about their history and study their timeline of activities. For example, they may have recently launched something innovative or been part of an event or charity program. Mentioning something topical and brand-relevant in the opening paragraph is bound to impress the person reading it.

No, I didn’t mean kiss me; I meant Keep It Short and Simple. One brand owner informed me he once received an email that ran to around 1,200 words (that’s roughly as long as this whole article) and that was before he opened the huge video and photo attachments. Don’t write overly long emails and avoid massive file size attachments! In fact, there is only one attachment I recommend you send and that is the …

I recommend putting a summary of your BJJ achievements as an attached document rather than in the main body of your email. If you don’t have software to create a PDF, find someone who can help. In fact, getting someone to proofread your proposal is always a good idea. The main reason for this is to cut down on the length of the email, but it also gives space to focus on the main body of the message in your pitch, rather than a long, long list of achievements which, to be honest, no one will read.

Write down your list of accomplishments pretty much as you would when writing your school/college education. A bullet point list is probably the easiest to read when it’s a long list of credentials. Do add links to fight videos, but even better, if you can make a video highlight compilation then that might be better than having to sit through 6 minutes of double guard pulls for that amazing final advantage point win.

A final icing on the cake would be to obtain a recommendation from a recognized and verifiable source, such as your instructor or someone in BJJ circles who is kind of known. Ideally, a World Champion saying how awesome you are on record would be amazing, but simply a line from your instructor verifying that you are a dedicated student is actually a pretty cool thing to add (as long as he means it and you didn’t just make it up!).

If I wear your brand, people are bound to buy it! 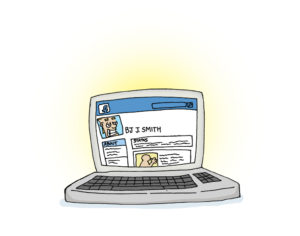 Contrary to what you might believe, writing 1,200 words on how awesome you are, is not what a potential sponsor actually wants to hear. What they actually want to know, is what YOU can do for THEM. Simply stating that you will wear their products at all events is not remotely enough. So, here’s how to pitch it right and pitch it good: company bosses love statistics, they deal day in day out with stats like how many units they sell, how many they buy, how much they pay, and how much they earn. So, my big tip here is to speak their language. Sell yourself like a commodity. Make it sound irresistible because if they miss out then their rival will be getting those 12,000 fans to hear about how awesome that product is.

State how many Facebook, Twitter, YouTube, blog, and Instagram followers you have. Give an example of the kind of BJJ-focused interaction you get from your followers and friends. Company bosses love numbers, did I mention that before? So, give them numbers – lots of them – and ones they can check [don’t make stuff up]. Don’t have social media? Then start now and take time to nurture a good amount of followers. Not sure how to do that? I’ll cover that topic for another article.

Oh my gosh I got an answer! 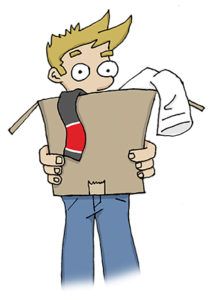 Assuming your potential sponsor has gotten this far and has replied to you, it’s time to work out how far you can push for a good sponsor deal. In most cases, it’ll be a simple fixed amount of gear in exchange for a condition to wear only that sponsor’s brand at public events. More complex deals can involve expenses and a monthly stipend, but only if you are an elite World Champion level fighter (with a LOT of followers). But at this stage there’s no harm attempting to ask for what you want, so be realistic, but if you think you can prove to the company that handing over 6 brand new gis and 10 rashguards a year is justifiable, then go for it. It’s all part of their marketing budget and it’s tax deductable. But be careful, asking for something way above what you are worth might close the door completely.

If your attempt at sponsorship gets a flat out no, then there’s no harm just ending correspondence with a good luck wish to the brand. Companies receive dozens and dozens of sponsor requests daily, so if they are curt and brief or even if they never reply, don’t take it personally. Either try again later or move on to another company.

Be a good sponsored athlete

Most gear companies are pretty proud of their roster of representatives. The jury is out on whether they actually bring in direct revenue through exposure (compared to say, traditional advertising) but each company owner must beam with pride as they see a bunch of their branded competitors at each event. Most brands support grassroots grappling and most owners train themselves, so they know what it’s like to struggle up the ranks and through the tournaments.

As a sponsored athlete, no matter how minor among the list of stars, don’t forget to do your duties – plug the brand every now and again through your social media, and 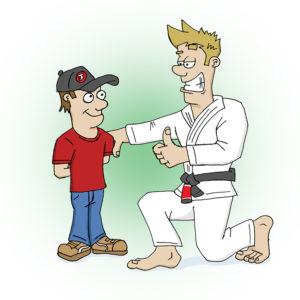 if you get interviewed, always sign off with a thanks to your sponsors. Share links, news, contests, etc. and be a part of their team. Try not to spam people, though. Play the good sponsored athlete game long enough, though and you’ll probably find they will talk about you too, which all helps to create a buzz between sponsor and athlete and which makes us followers keen to consider purchasing from the brand. That buzz can, for a very small enviable group of athletes, lead to the …

It’s a fact of business life that some companies poach from other companies. It’s not cool, but it happens and is probably due to a little corporate competitive ego. If you are ever in such a position, where two or more companies are vying for your services, I suggest that you conduct matters professionally and courteously at all times. Dumping one brand for another is fine, but at least talk to them first. It may be that they agree you have outgrown the company and will support your move, or they may improve the offer you got from the other company. Don’t let them learn about your leaving their brand through some news release on their rival’s Facebook page! BJJ is a fast moving scene, and that new brand, flush with startup cash, might collapse in a year, so it always pays to be nice to your old sponsor!

Unlike BJJ team affiliations, it is perfectly reasonable to be sponsored by multiple brands – just don’t rep brands that are direct (and probably much hated) market 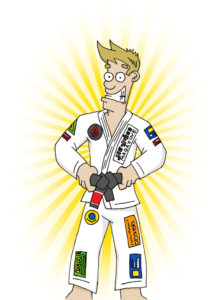 rivals to each other. If you are creative, then it is very possible to obtain sponsorships from numerous companies. Some athletes are supported by a gi company, a no gi company, a mouthguard company, a t-shirt brand, a food supplement, and training device companies. As long as you are honest about who you currently represent, there is nothing to stop you asking other companies.

BJJ is an expensive hobby. Gis cost upwards of $100 and if you train a lot, you’ll need several of them. Registration fees and travel can easily add up to several hundred dollars a month if you compete a lot. Plus, there are academy fees, seminar costs, etc. Asking for sponsorship can help ease the burden a little, but be realistic. Just because you won the Mundials, Pans, and NAGA tournaments back to back doesn’t necessarily make you the star attraction you might think you are. Pitching yourself the right way to make companies take notice is the first hurdle, and making yourself sound like an interesting proposition to take on board takes some time and thought. If you are lucky enough to get sponsorship, then pat yourself on the back and enjoy your training!

Seymour Yang is a BJJ brown belt. In his role as a writer, consumer reporter and designer, he has worked with hundreds of fightwear companies around the world. He also owns the brand Meerkatsu. Check out this month’s Who Is for more details on Seymour and his work.

Seymour Yang trains out of the Mill Hill Roger Gracie BJJ Academy in London, UK. He is a regular writer and photographer for a number of martial arts magazines and runs the popular Brazilian jiu-jitsu blog meerkatsu.com.
4 Comments on this post.