If you haven’t heard the big news already, the IBJJF has decided it will begin testing for performance enhancing drugs (PEDs) this year. They have teamed up with the U.S. Anti-Doping Agency (USADA) to conduct and control the testing. This is huge news and has the potential to shake up the jiu-jitsu world. These are essentially unprecedented and untested waters. There has never been testing at Jiu-jitsu tournaments before, therefore, a lot of the athletes have never had to worry about being tested. While this seems like a great idea, and is without a doubt a huge step forward for the sport, there still are a lot of unanswered questions. So, here is what this means to the sport and to you as a competitor: 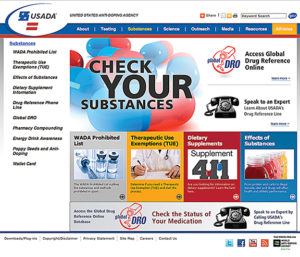 The IBJJF didn’t just get any agency to conduct their testing; they got the USADA, which is the national anti-doping organization for the Olympic movement in the United States. The U.S. Congress recognized the USADA as the official anti-doping agency for Olympic, Pan American, and Paralympic sports in the United States. Yeah, they’re kind of a big deal. They are probably the most respected and legitimate PED testing organization in the country. Their anti-doping programs are comprehensive, including in-competition and out-of-competition testing, results management and adjudication processes, drug reference resources and therapeutic use exemption process, scientific research initiatives, and athlete and outreach education. While all of these programs are available through USADA, it is still unclear to what extent the IBJJF intends to use them.

USADA uses the World Anti-Doping Agency (WADA) prohibited list. The list of banned substances is pretty extensive, as this is the same list used by all major agencies and organizations throughout the world. The list is broken down into categories, including prohibited substances, prohibited methods, in-competition, and out–of-competition, as well some specific substances limited per sport. Since we still don’t know the specifics of how the IBJJF will be implementing USADA testing, and if 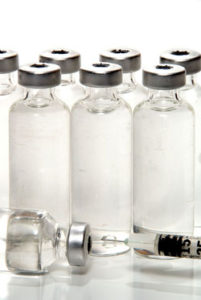 they will add any specific substances, I will discuss the main substances for in-competition testing. This will be just a brief overview and in no way a complete list. You can download the complete list from WADA’s website.

The list is broken down into prohibited substances as well as prohibited methods. It then gets further broken down into banned out of season (at all times) and banned in–competition. Confusing right? Well, here is a brief breakdown on the main things you need to concern yourself with. The first major category (and a big one) is anabolic and androgenic compounds. They are all prohibited. Yes, these are what are commonly referred to as “steroids.” However, it is very important to note that this category does not only include steroids, it also comprises any and all other anabolic and androgenic compounds, including pro-hormones, clenbuterol, and steroid metabolites among others. This is important, as some over the counter supplements contain some of these metabolites and therefore, are prohibited. I will discuss this more in depth in the supplement section, but in simple terms, you could test positive for anabolic androgenic steroids even if you are not taking “steroids” in the sense most people think of them.

The next big section of prohibited substances is peptide hormones, growth factors, and related substances. There are two main parts this section covers. The first is human growth hormone (HGH) and its metabolites. The second part is all blood doping and erythropoietin (EPO), basically what Lance Armstrong was doing.  Beta-2 agonists, hormone modulators, and diuretics make up the rest of the banned substances at all times. The prohibited methods include any blood and blood component manipulations, as well as gene doping. It also includes any and all physical or chemical manipulations of testing samples. Basically, you can’t alter anything in an attempt to pass the test. 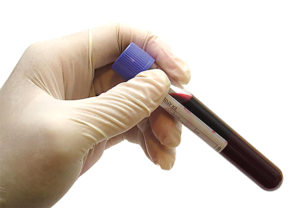 banned during competition. They obviously include all the same substances as stated above, but include a few more. The big ones here are the stimulants. Almost all stimulants are banned or highly restricted. The stimulant list itself is almost a full page long. The one exception is caffeine, which is monitored, but not banned. So, basically avoid all stimulants except caffeine. Glucocorticosteroids are also prohibited in-competition. Ahh, now for that highly controversial one. The next two banned substances in-competition are narcotics and cannabinoids (marijuana and derivatives). This one may cause some problems for some people. The Diaz brothers will probably not be competing this year. Even in states where it is legalized, it is still banned in-competition. Even though it is only banned in-competition, it still poses quite a problem for some. I will discuss exactly why some may have problems passing the test, even after stopping use in a following section.

Again, this is by no means a fully inclusive in-competition banned list. I have simply covered the most common and significant ones most of us might have to pay attention to. I highly recommend anyone who may be tested to search USADA’s website for a comprehensive list.

How To Get a BJJ Sponsorship

Jeremy is a nutritionist and strength coach who works with MMA and jiu-jitsu champions. He obtained his Master’s Degree in Exercise Physiology from Baylor University. He is a brown belt under Robert Drysdale.