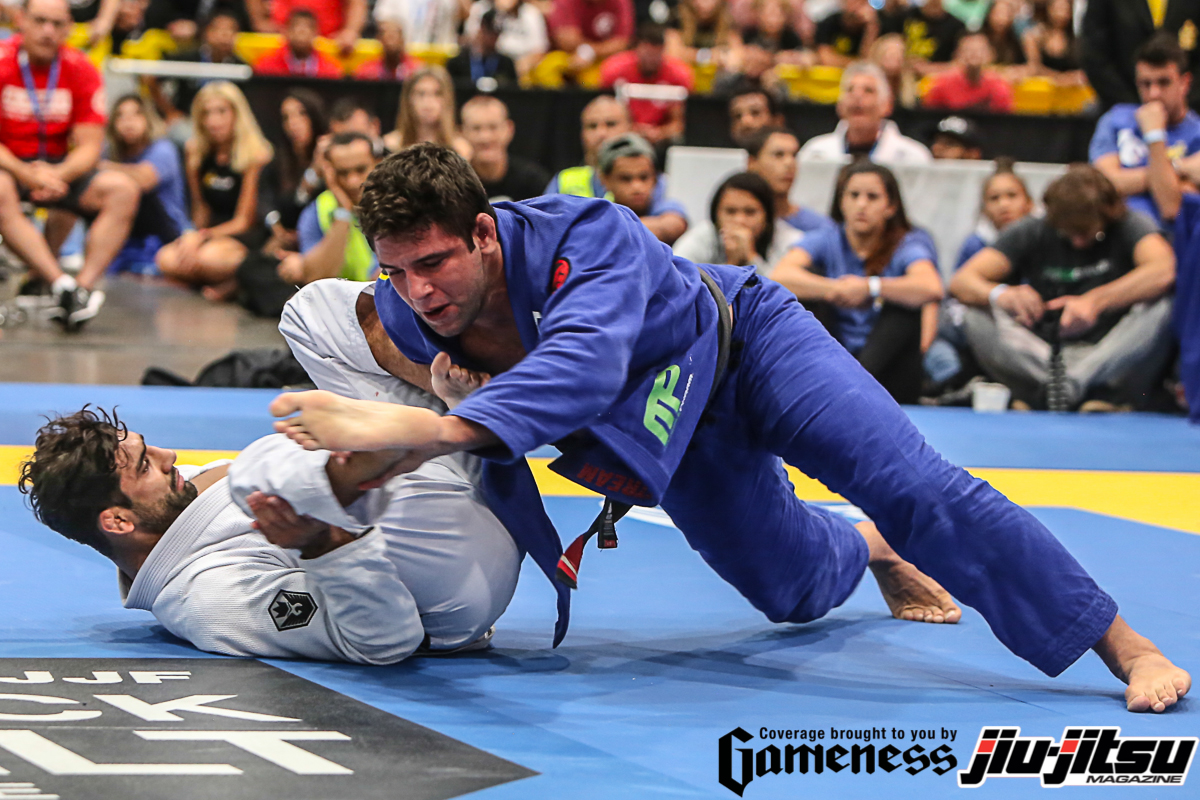 Marcus Almeida Buchecha is still the IBJJF Pro League Heavyweight Grand Prix champion. The Checkmat athlete retained the title he won for the first time in 2016. This Saturday, August 26, Buchecha beat Dimitrius Souza, João Gabriel and Leandro Lo to claim the gold medal and the big check of $40,000 the IBJJF reserved for the champion. Here’s how the matches played out in Las Vegas. 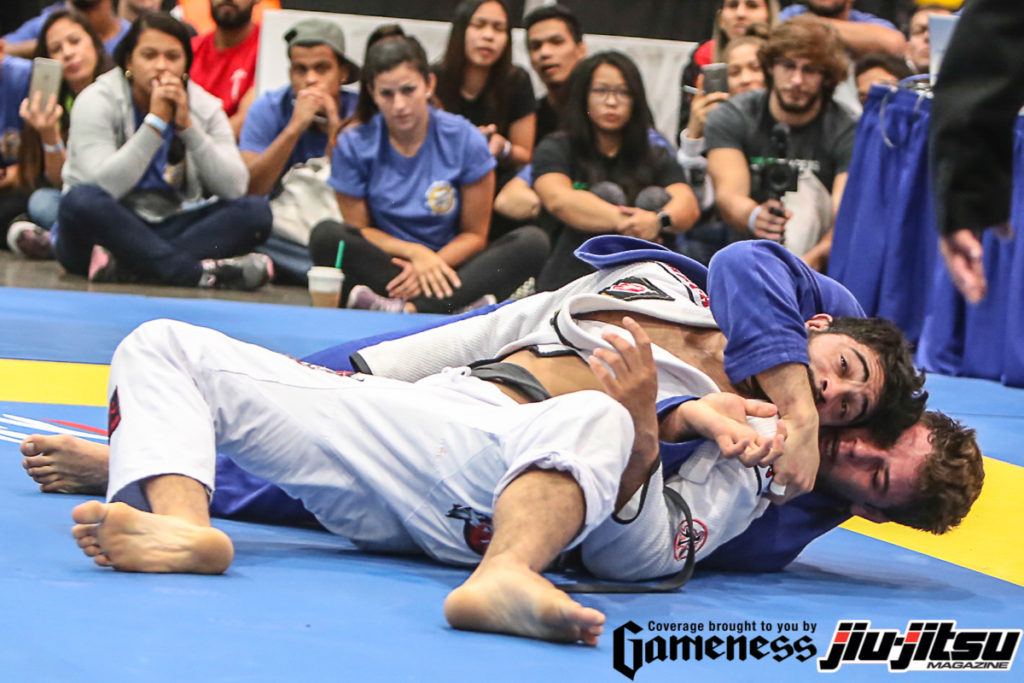 Marcus Buchecha had a tough Dimitrius Souza in his first commitment of the afternoon. The two had never competed against each other before, so Buchecha was cautious at first when facing Souza’s dangerous guard. In the end, a 3-0 lead on advantages after near guard passes and almost taking Souza’s back was enough for Buchecha to move ahead. 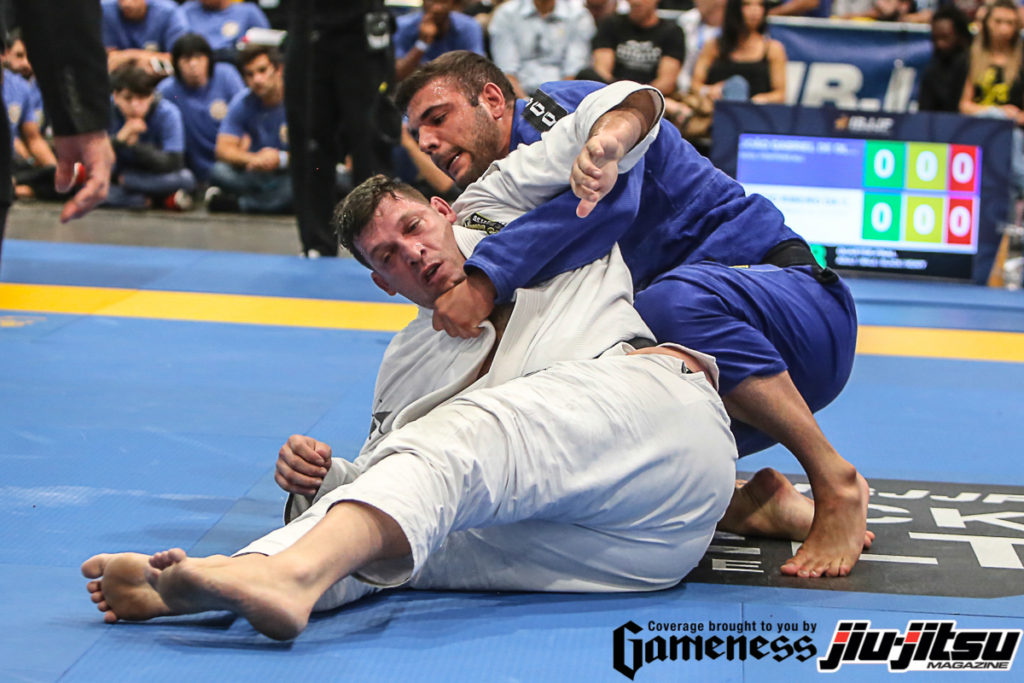 Buchecha’s opponent in the semifinal would be João Gabriel Rocha, who first had to overcome Marcio Pe de Pano’s tricky guard game. The 2002/2003 black belt open class champion meant business and fought until the very end to try to outsmart the much younger João Gabriel. One advantage was the narrow margin that allowed Gabriel to go through. 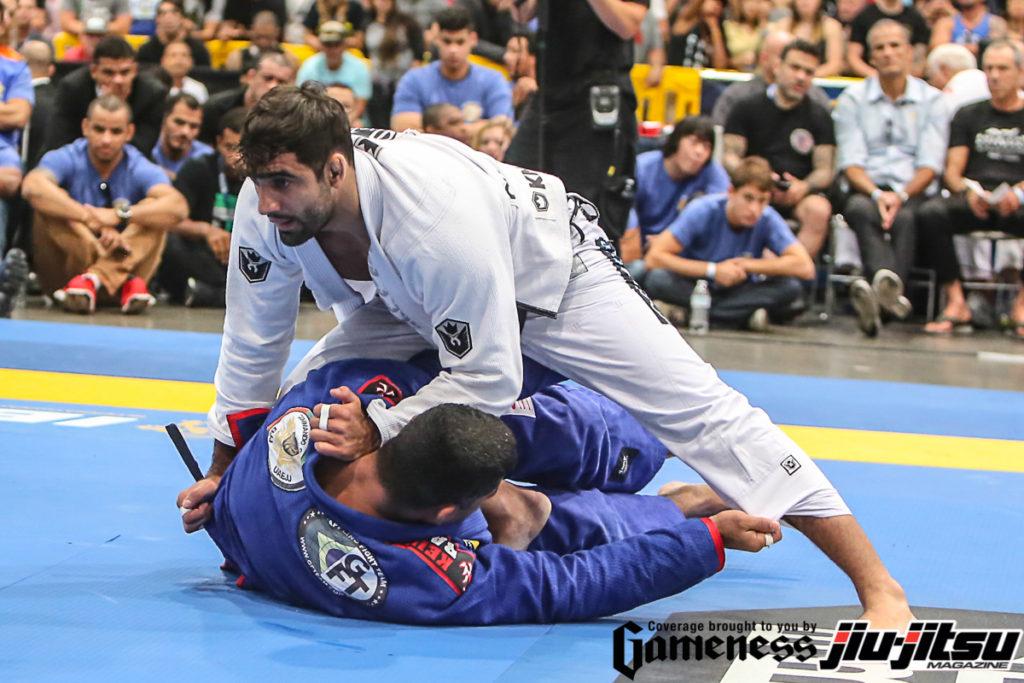 On the other side of the bracket, Leandro Lo debuted against the always threatening Ricardo Evangelista. A takedown early on put Evangelista in the lead, but Lo kept it cool and sped up to turn the tide on the match. After building a 10-2 score, Lo found a kimura to finish the opponent. 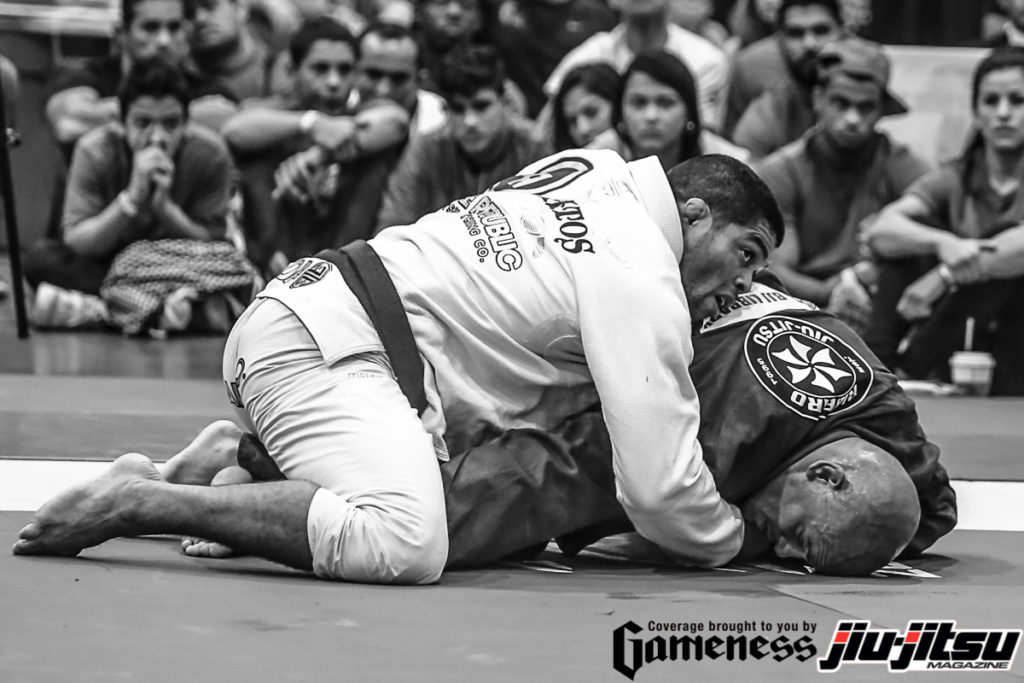 The fourth semifinal was a Jiu-Jitsu classic. André Galvão and Xande Ribeiro fought  their hearts out in search of the spot in the semifinal. With two fighters of such caliber, it was expected for the match to be decided by the narrowest margin. And so it was. More active throughout the 10 minutes, Galvão was able to threat Xande’s guard and back to score a 4-0 lead on advantages and secure his spot against Lo in the semifinal. 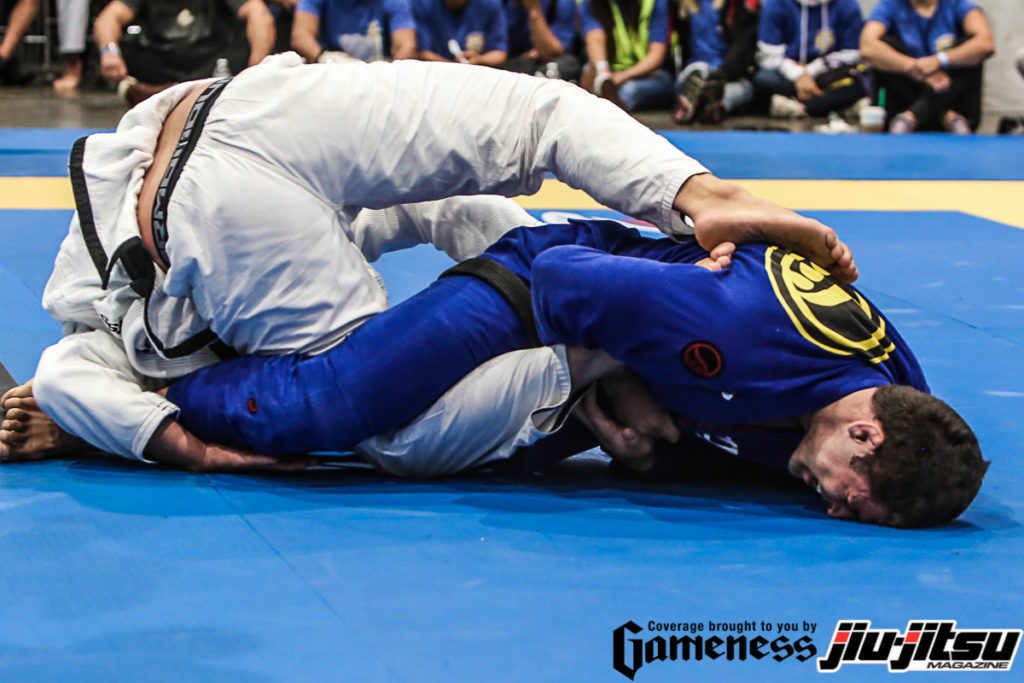 Familiar rivals, Buchecha and João Gabriel always put a great show for the crowd. This afternoon in Vegas was no exception. Once again, the match was a fierce exchange of attacks with both fighters going for the kill. Buchecha was able to make his game work and attack João’s weak spot. A tight foot lock was Buchecha’s ticket to the big final. 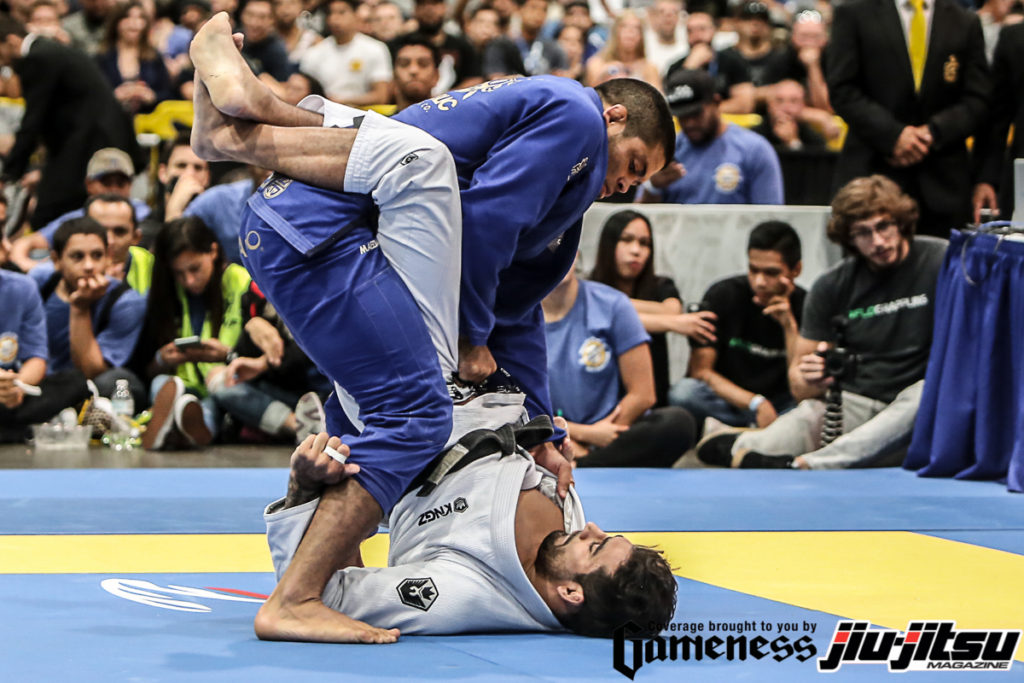 Galvão and Lo also made the crowd happy with a powerful performance. Lo once again bet on his bottom game and his endless arsenal of sweeps. Galvão was able to keep his base and avoid the two points against him, but could not avoid one advantage from being scored. The thin margin was the edge Lo needed to advance to the final. 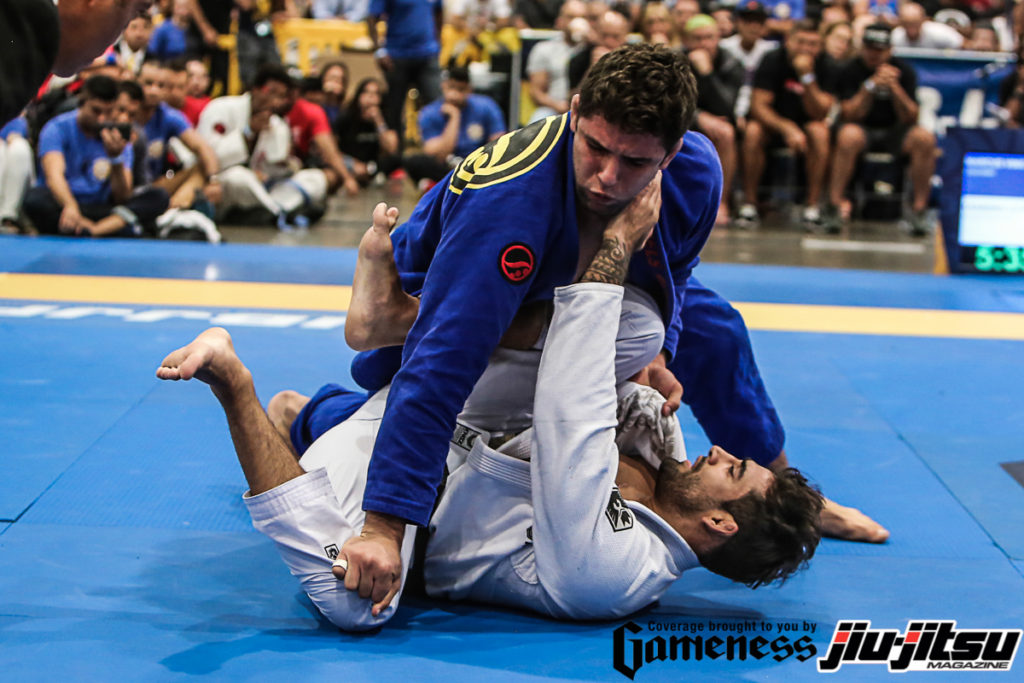 The two finalists had nothing but compliments for each other before the match. “In my opinion, Lo is the best Jiu-Jitsu competitor today. He is also a great friend, but we are going to fight for real in search of the $40k grand prize,” said Buchecha before the match. Lo returned the courtesy: “He is a beast. What can I say about him? I’ll go out there and try to push him around.” 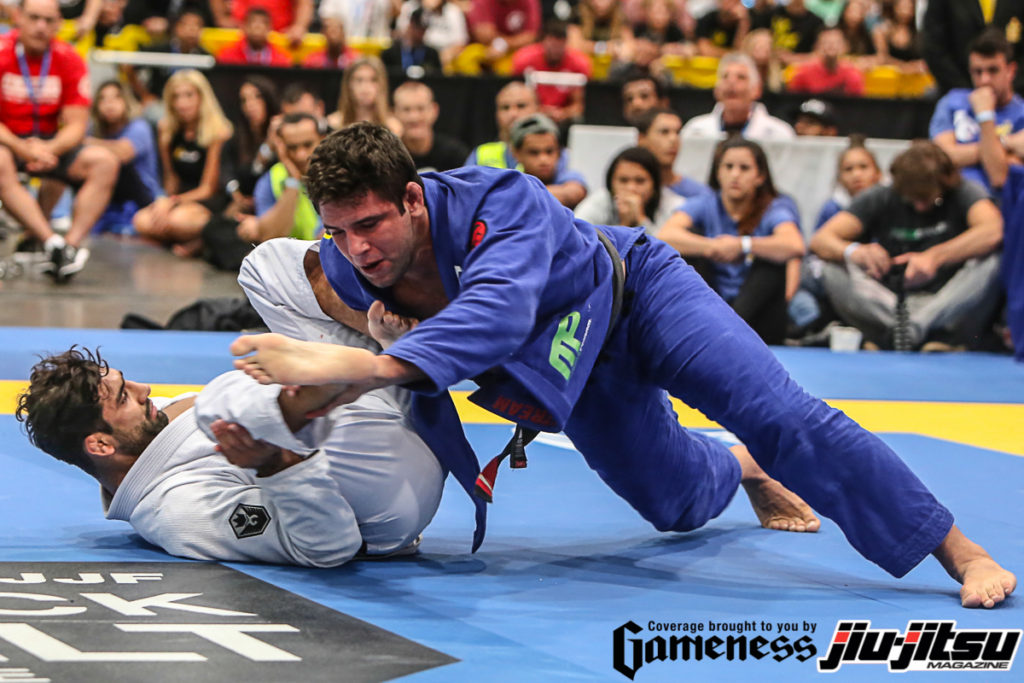 When the match started, Buchecha quickly went after takedowns using his wrestling skills, but Lo was also quick to defend. Later on, Lo pulled guard and tried to work his sweep game. He almost got it a few times, but Buchecha proved to have a steady base. On his side, Buchecha also fought hard for the guard pass, but Lo’s guard is famous for a reason. 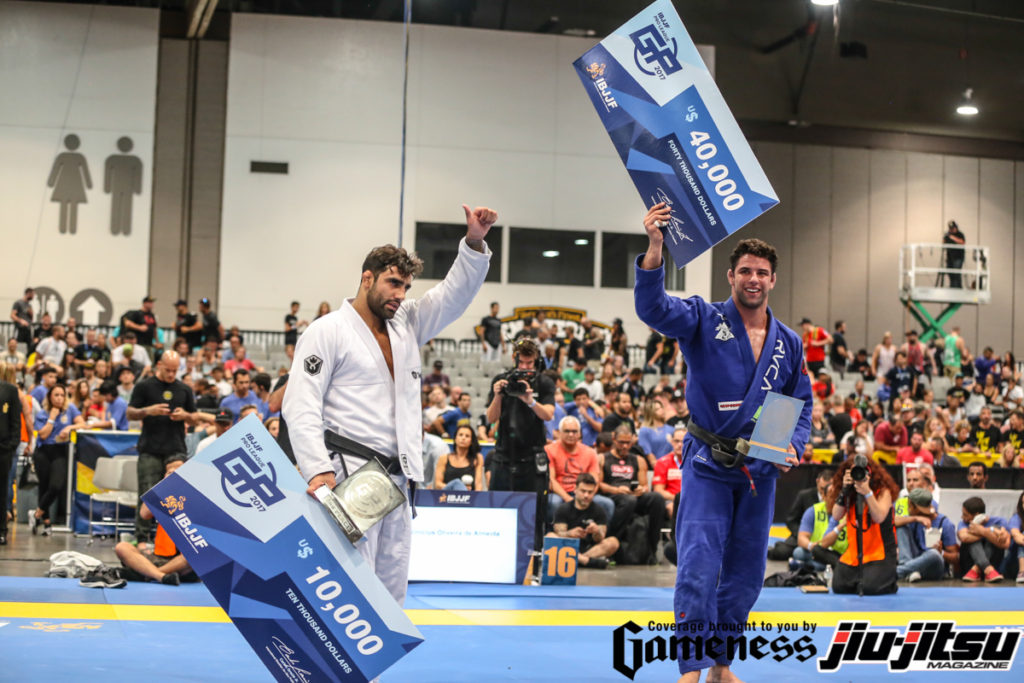 In the end, a 1-1 tie on advantages turn the decision to the three referees, who unanimously decided that Buchecha had done more to deserve the win and the title.

Other than the Pro League, this Saturday also saw the final day of the 2017 Worlds Masters, featuring blue belts and purple belts.

Working The 50-50 Guard With Felipe Costa