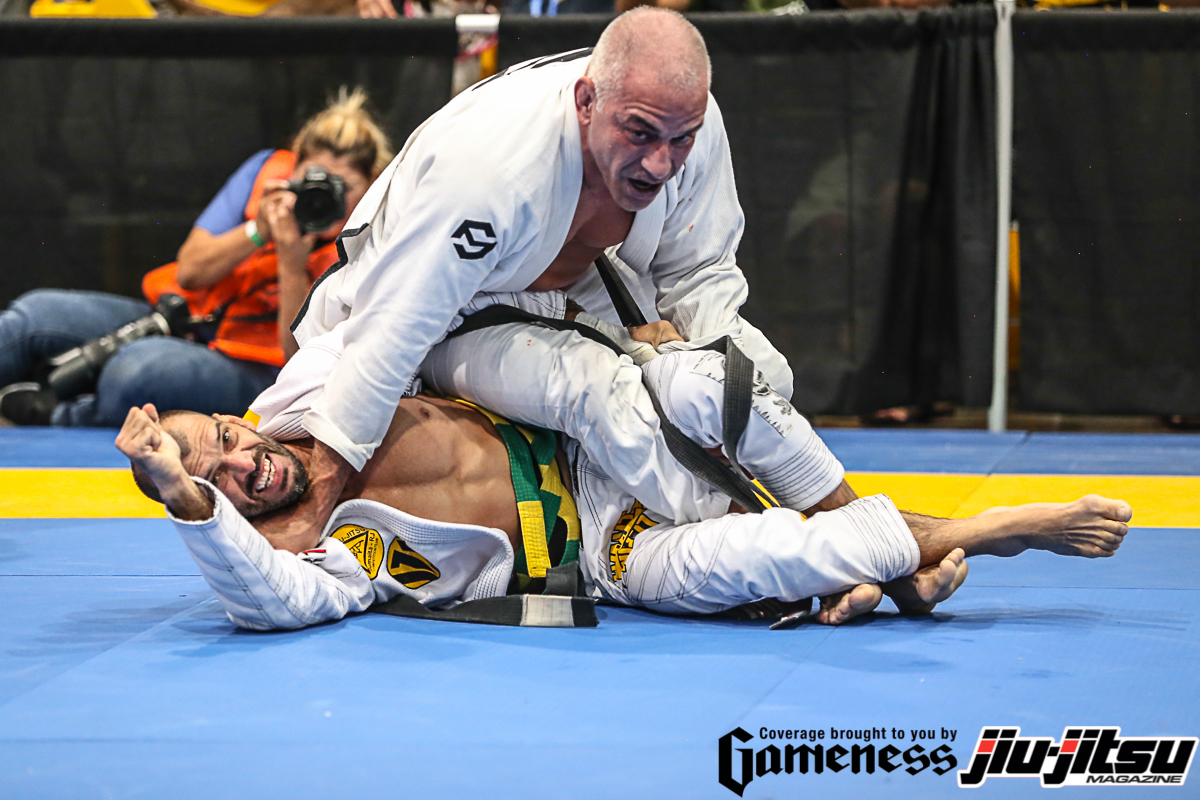 The second day of the 2017 World Masters Jiu-Jitsu Championship this Friday, August 25,  crowned the champions in the black belt, from masters 3 to masters 7. The mats at the Las Vegas Convention Center hosted some big names in a full day of action for the Jiu-Jitsu fan.

Wellington Megaton Dias was the undisputed standout among all the athletes. The featherweight first won his weight class in one match with a beautiful armbar from the spider guard on Kelly Johnson. 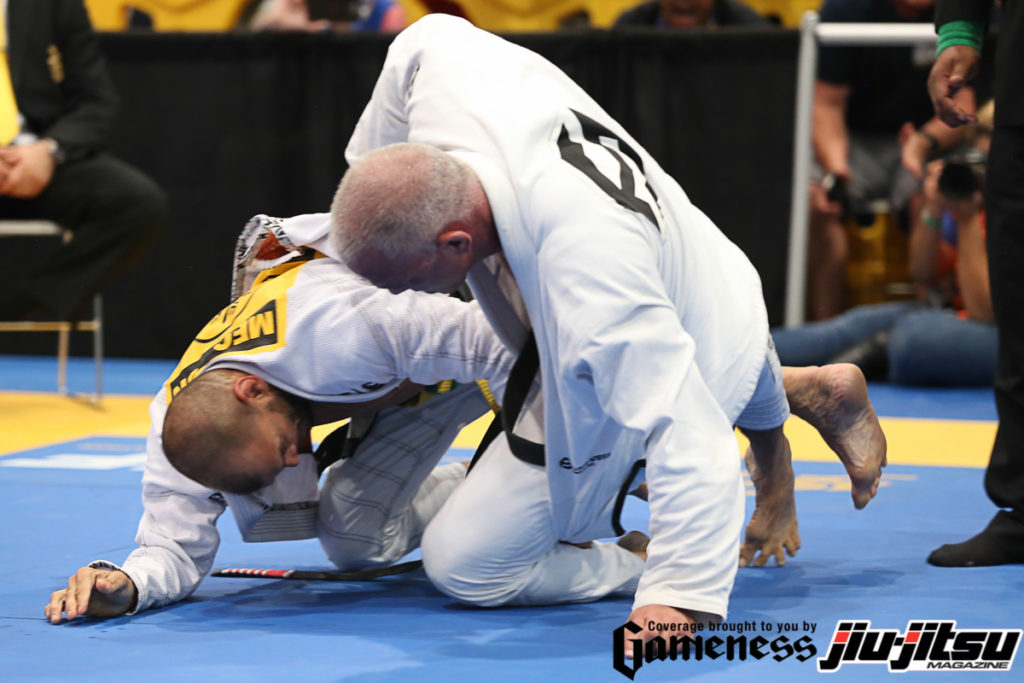 When the time for the open class came, the favorite for the title was naturally the great José Mario Sperry, who had a smooth sailing in the superheavy division, beating Ailson “Jucão” Brites 2-0 in the final. Megaton fought three times in the absolute. He first outscores David Odgen 4-2 with two sweeps to reach the semifinals. The spot in the final came in a very close match against much heavier Tim Thurman. One penalty for Thurman gave Mega the win. On the other side, Sperry first beat Mavrick Lobe 3-0 with a guard pass and then beat Ricardo Guimarães 1-0 on advantages. 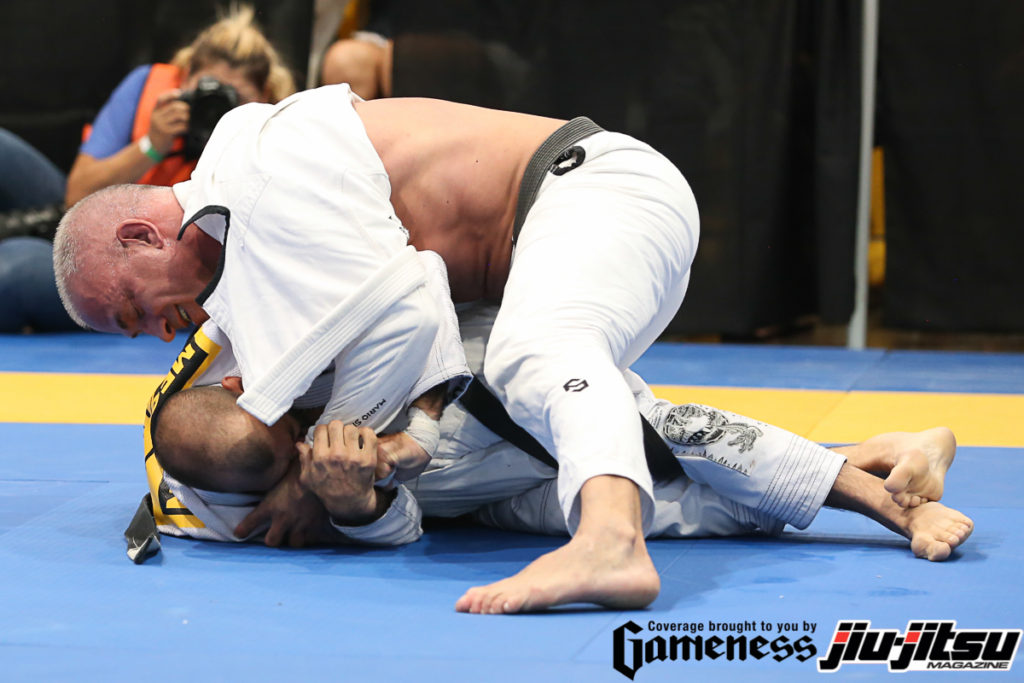 The final match grabbed the attention of the entire hall. Megaton pulled guard early and used his spider guard to sweep Sperry for the first time. Ahead 2-0, Mega stood up and once again pulled guard. He bravely resisted Sperry’s powerful top game to once again sweep and scored two points. Sperry swept right back to settle the score 4-2. Until the end of the match, Mega fought with all his strength and was able to avoid Sperry’s pass. With the gold medal secured, Megaton celebrated the incredible result with his dog Angel, who ran across the mat to meet him. Other champions in the master 5 black belt division were:

The division with the youngest athletes on day 2 also reserved lots of thrills for the crowd. The open class division featured good names and led to a thrilling final match between Viktor Doria and Roberto Godoi. Doria got to the final by beating Ronaldo Milanesi 3-0 with a guard pass. Godoi made it to the gold medal match in two matches, first beating José Granja via referee decision and then also edging Marcos Escobar via referees decision. 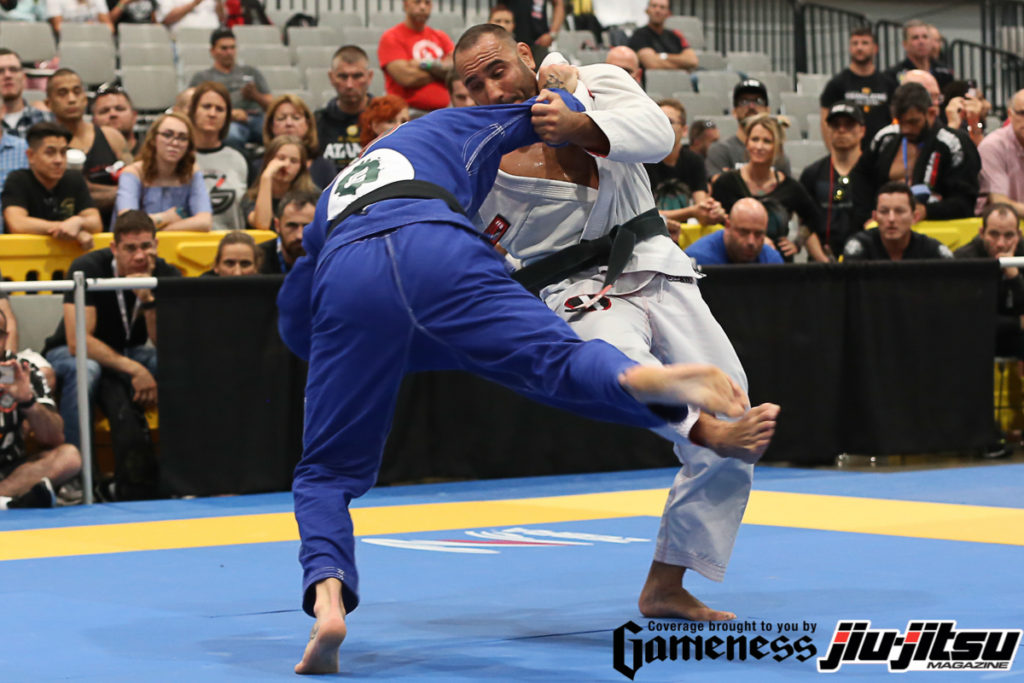 The final was a nail-biter decided only in the very last seconds. The two athletes worked hard to give no space to each other. As the clock winded down, Doria was able to find the setup for a triangle choke. Godoi resisted bravely but the attack gave Doria the edge to win via referees decision. Other champions in the master 3 black belt division were:

The 2017 Words Masters returns this Saturday for the final day of action featuring blue belt and purple belt divisions.

The GP kicks off around noon (local time).

Click here for the full results after days 1 and 2.