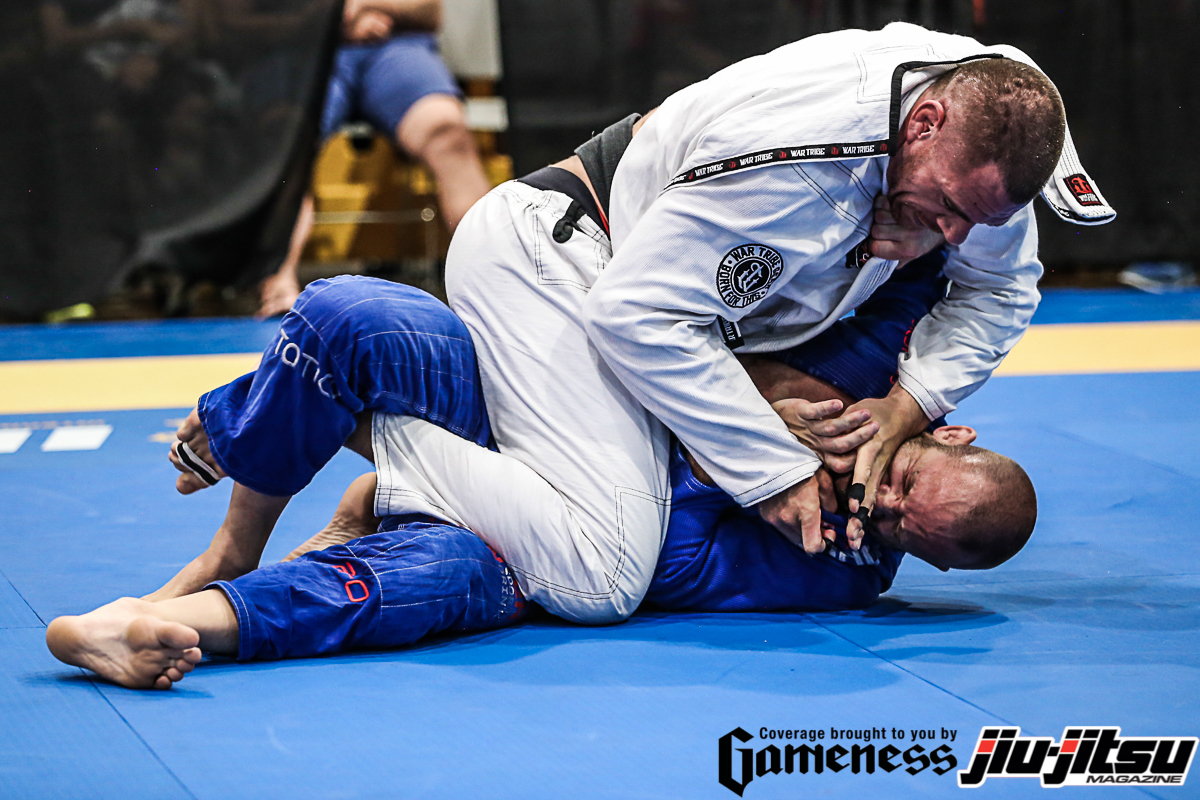 The first day of the 2017 World Masters Jiu-Jitsu Championship crowned two well known faces in the Jiu-Jitsu community, this Thursday, in Las Vegas. Rafael Lovato Jr. and Guto Campos rose to the top of the master 1 and master 2 divisions respectively. The duo won both their weight classes and the open class bracket before going home with two gold medals each. 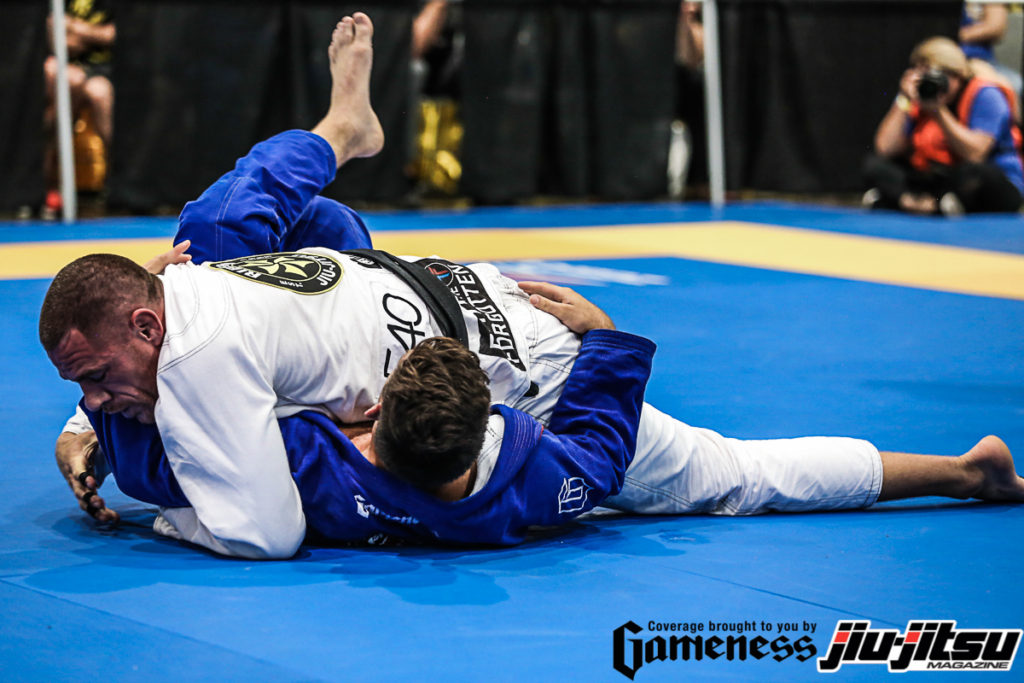 Rafael Lovato Jr. is in his second year competing as a master 1 athlete and he was able to repeat the double gold result he achieved in 2016. His debut in the open class was against Brazilian Geovanne Dellmea, beat with a sweep and a 2-0 score. Then, Lovato faced Josh Hinger in the semifinal. Hinger got there after finishing Diego Bispo with a leg lock. Lovato used all his pressure to allow Hinger no space to move. A guard pass turned into a full mount and soon the cross choke was in place.

Lovato’s final opponent would be Rafael Formiga, who made to the gold medal match with a 2-0 win over Ken Brown in the quarterfinals and a 5-2 lead over James Puopollo in the semifinal. The final match was a close one, but Lovato was able to stay ahead. He passed Formiga’s guard early and worked his way to the mount, but the Brazilian was fearless and defended very well. As time ran out, the 3-0 lead was enough for Lovato to claim the title. The champions in the master 1 black belt division were: 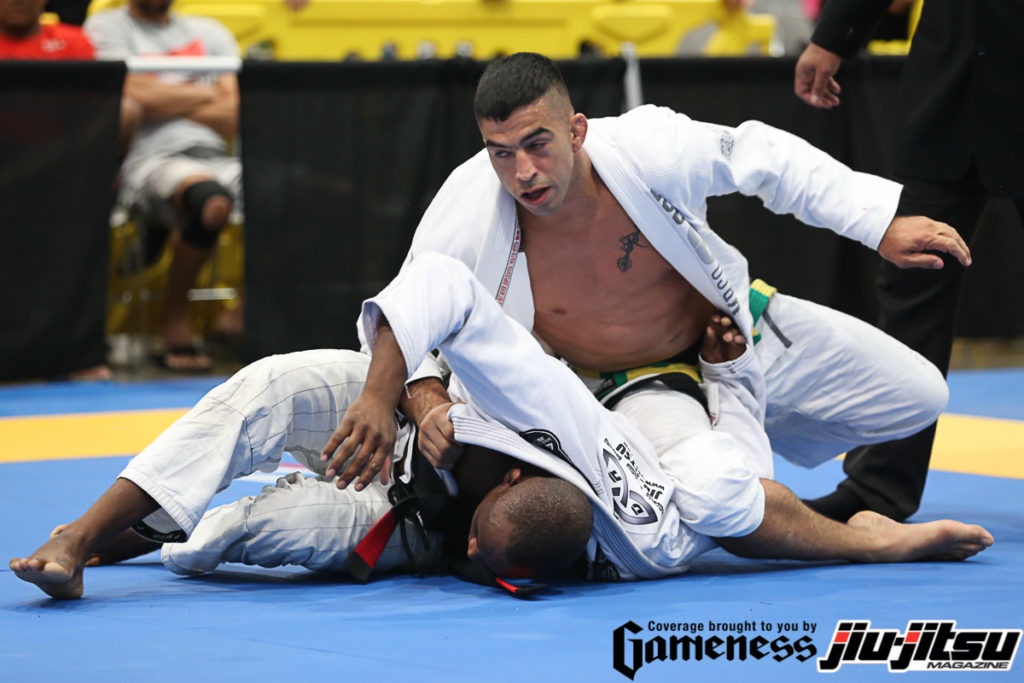 Guto Campos left no stone unturned during his campaign this Thursday, in Las Vegas. After winning the medium-heavy division, he jumped into the open class to win his second gold medal of the day. His journey started with a choke from the back on Alexandre Salgado in the quarterfinals. The right to fight for the gold medal was secured with a wrist lock from the armlock setup early into the semifinal against Ron Henderson. The final put Campos against the same opponent he had beat in the weight class final, Eder Persiliano. The first encounter ended with a 4-0 lead for Guto and the open class final was even tougher. With the match tied 1-1 on advantages to the very end, an omoplata attack was responsible for giving Guto the narrow margin of one advantage to win the gold medal. The other champions in the master 2 division were: 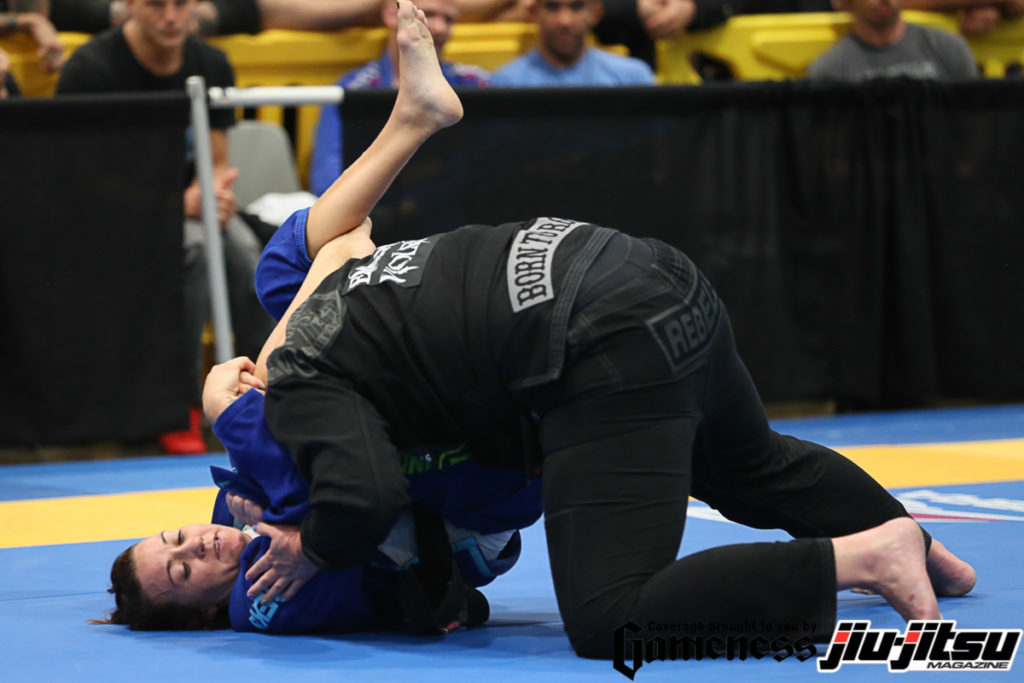 The ladies also put on a great show in the black belt division. In the end, Jena Bishop climbed to the top of the master 1 with double gold in the lightweight and the open class. The highlight of her campaign was the triangle choke on superheavy Hillary VanOrnum in the absolute final. 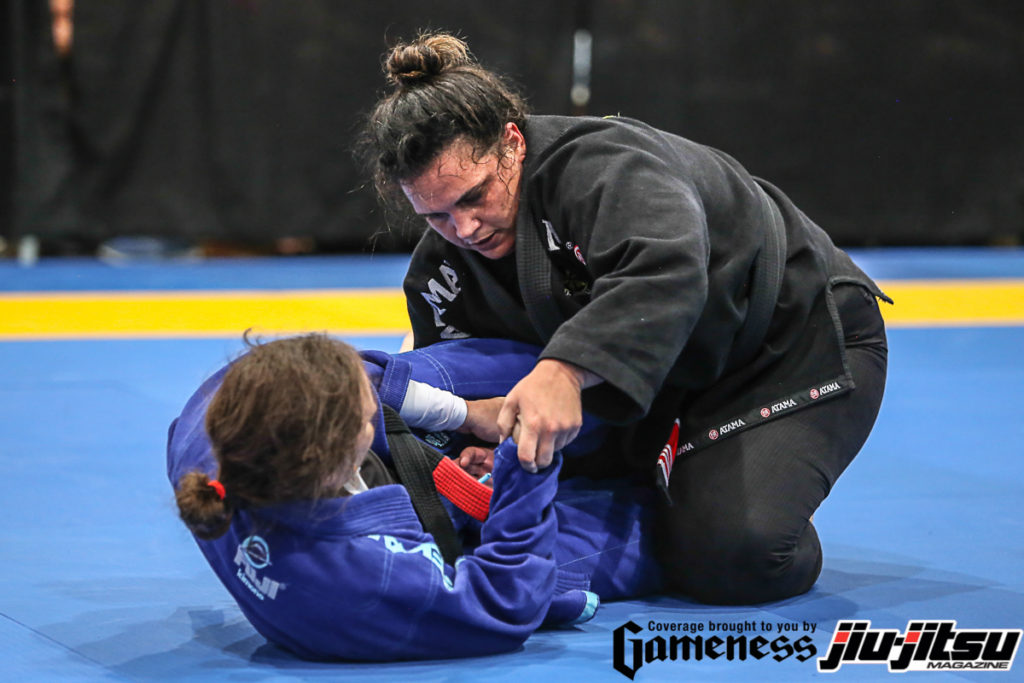 In the master 2 division, Luana Fiquene gave no chance to her opponents and also secured double gold. She first beat Ronda Andrews-Rosa by referee decision in their weight class and then outscored Kristine Felts 2-0 in the absolute final.