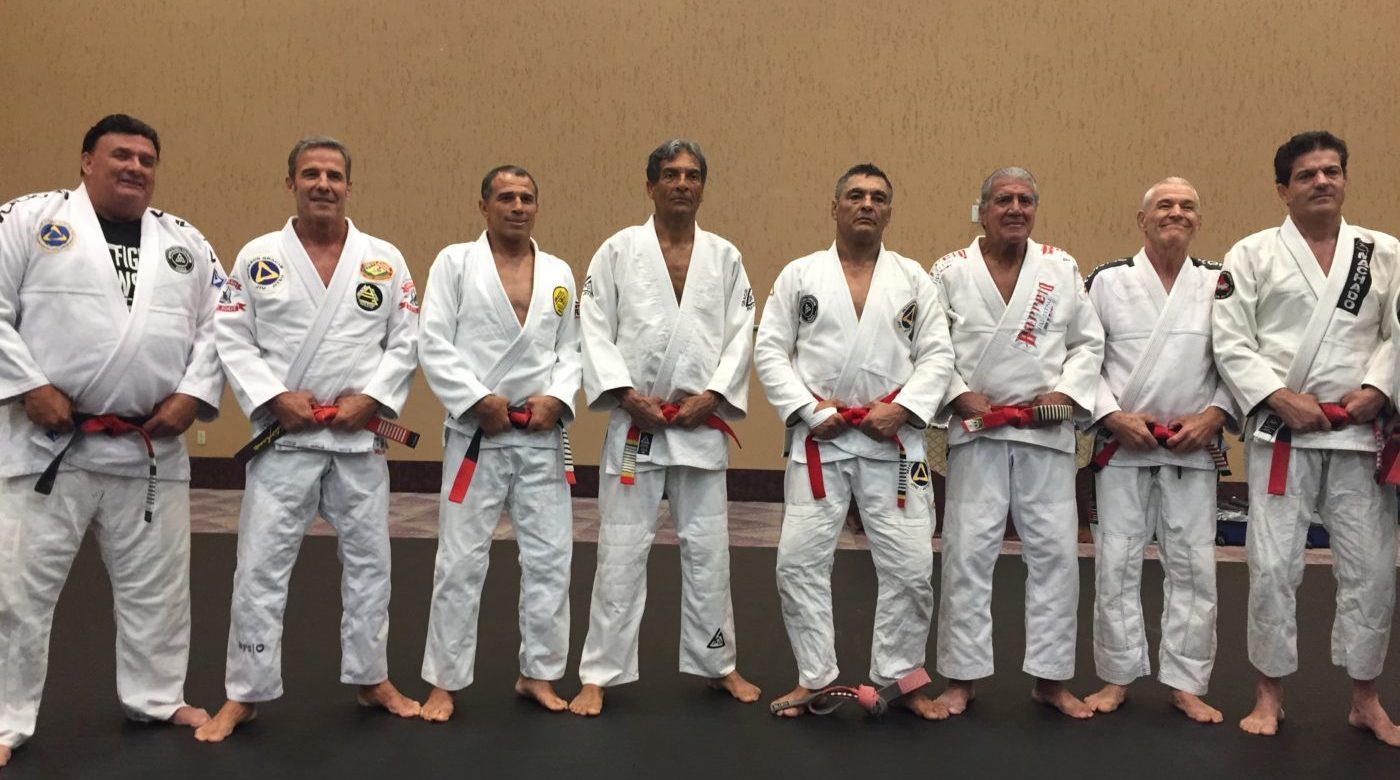 On July 6, 2017  at the Rickson Gracie Experience Seminar in Las Vegas, NV at the Martial Arts Super Show, Rickson Gracie, third eldest son of Helio Gracie, was promoted to Red Belt by his eldest brother, Rorion Gracie. Of Grandmaster Helio’s nine sons, Rickson’s jiu-jitsu is regarded by many to be the purest representation of Helio’s intent. With this promotion Rickson joins the club of Red Belts promoted before 60 years of age, just like his  brothers Rorion and Relson. Prior to this promotion it’s been widely believed that age 67 was the youngest anyone could receive their Red Belt, which is essentially a 9th black belt degree. Rickson received his black belt from his father, Helio, at the age of 18. Initially Rickson declined the promotion citing is belief for the proper timing of being eligible to receive the honor and said he would put it in the safe until the time was right. His brothers Royler and Rorion told him that if their father Helio was here today Rickson would need to argue with him about the honor. 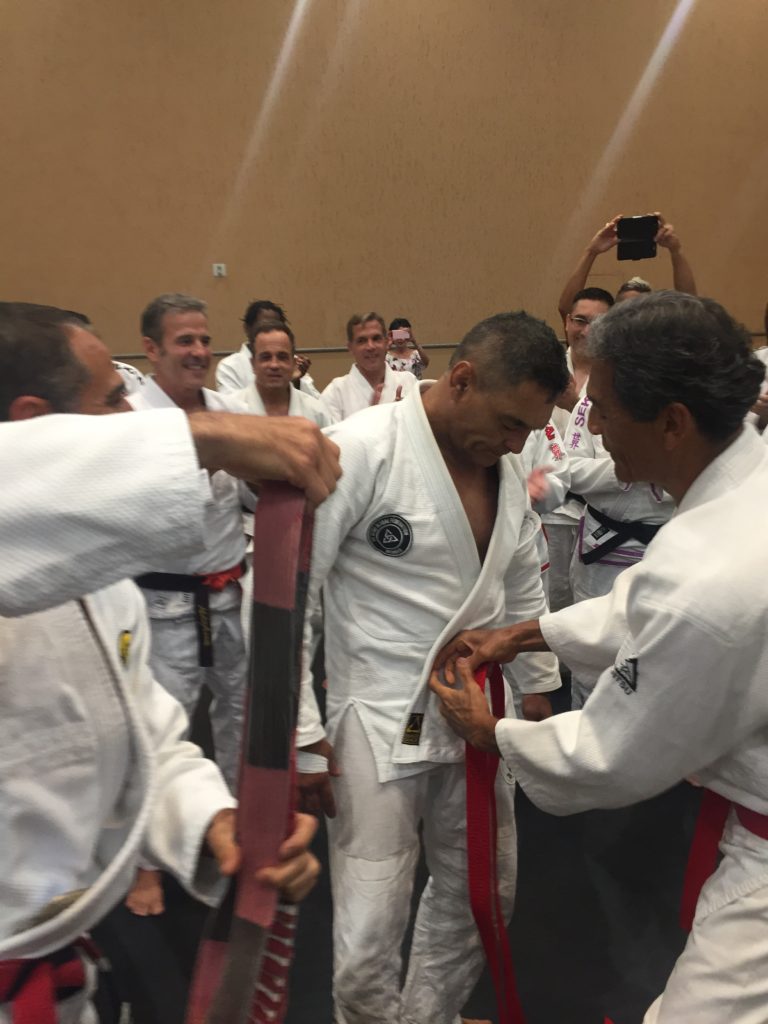