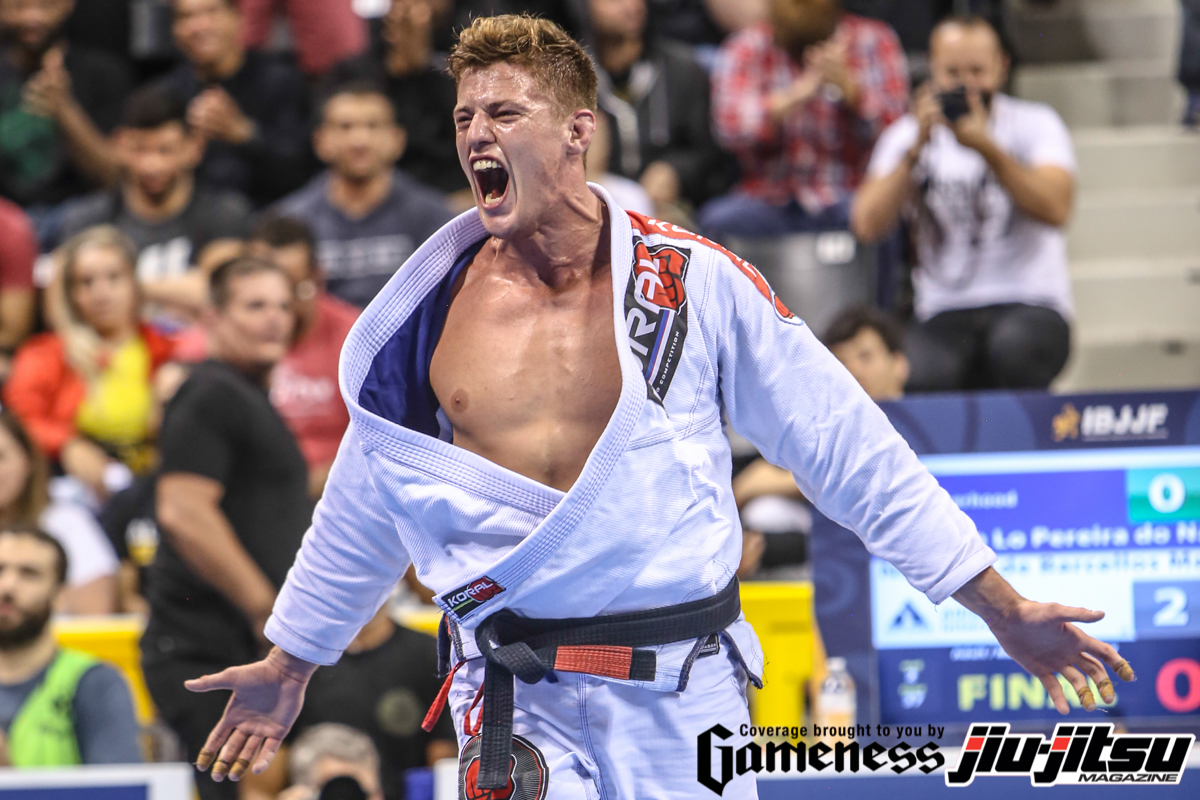 2017 Worlds: the epic Sunday of black belt matches by the numbers

After one day of rest to put our heads back in place after an insane Sunday of thrills at the Long Beach Walter Pyramid, we go back to the log we put together during the matches. With those numbers, we were able to put together a map of the action. Let’s jump in.

There were 64 matches in the male black belt division on Sunday.

There were no  close outs.

24 matches were won by points.

13 matches were won by advantages,

1 match was won by penalties.

12 matches were won by referees decision.

1 match was won by injury (forfeiting).

Gabriel Arges and Marcus Buchecha (ultraheavy) were the only two to finish their opponents in the final.

In the finals, we had two finishes (Arges, Buchecha), one decided by injury (Lepri vs. Satoshi), one decided by penalties (Lo vs. Buchecha), two decided by points (Erberth vs. Bernardo Faria, Meregali vs. Lo), three decided by advantages (Malfa vs. Caio, Miyao vs. Musumeci, Cobra vs. Leo Saggioro) and one by referees decision (Galvão vs. Gaudio).

The roosterweight division was the one with the most finishes, 5 submissions in seven matches.

The lightfeather and the medium-heavy division had no submissions from the quarterfinals on (Gaudio’s dislocating Barral’s ankle was not ruled a submission, once time ran out and Barral did not tap).

The featherweight division was the one with the most matches decided by the referees. Four in seven matches.

In terms of submissions, these were the ones used by athletes on Sunday (male black belt):

Choke from the back, armlock, toe hold, leg lock, ezekiel – 1

The semifinals featured 32 Brazilian athletes, 3 Americans and one Japanese athlete.

The finals featured 17 Brazilian athletes and one American athlete.

The female divisions featured 13 Brazilian athletes, one Japanese athlete, one American and one Finnish athlete.

Click here to see how each weight class was decided.

Click here for the full results for the 2017 Worlds.