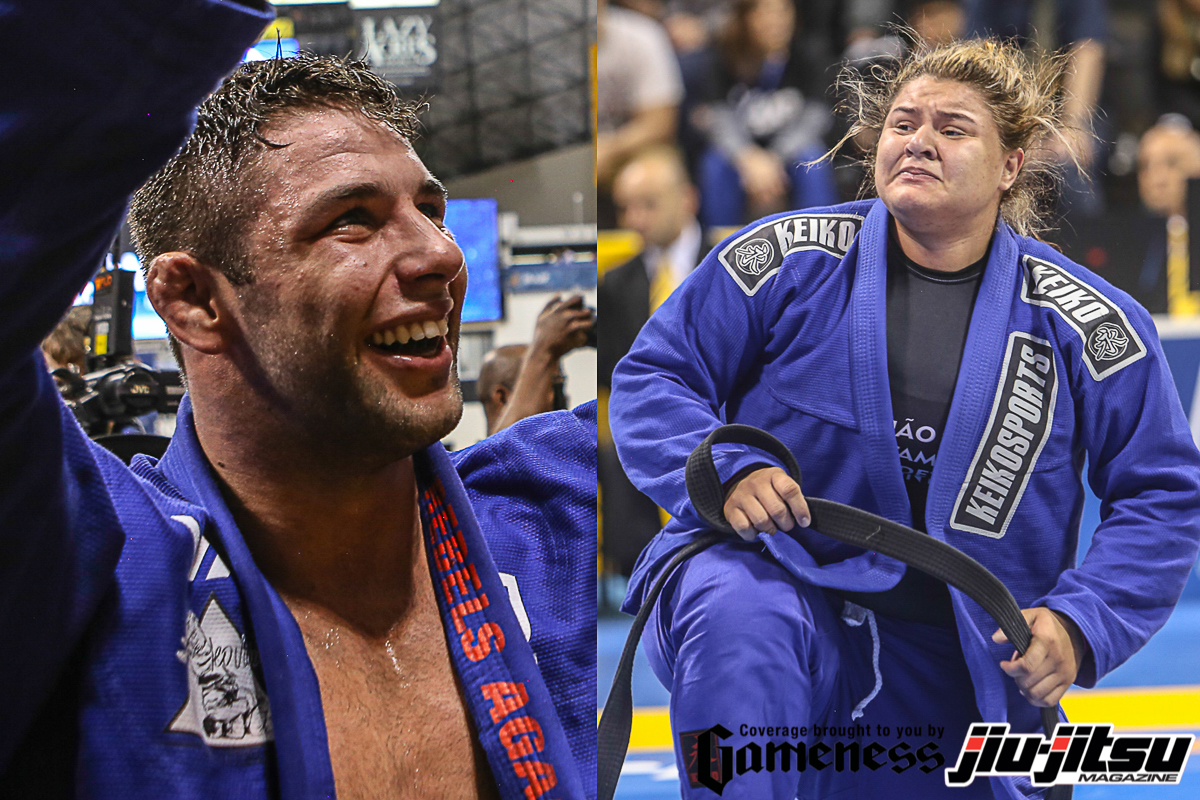 The 2017 Worlds was an epic event! On day 4, the crowd was treated to almost 12 hours of unbelievable thrills and left the Walter Pyramid knowing they had been part of something truly special..

Marcus Almeida Buchecha consolidated his status of greatest competitor of his generation with another double gold campaign to win his 9th and 10th gold medals as a black belt. Buchecha now is tied with Roger Gracie as the athlete with the most titles in the black belt division at the Worlds. The difference is that Buchecha has 5 titles in the open class and 5 titles in his weight division while Roger has 3 open class gold medals and 7 titles in his weight class.

2017 WORLDS BLACK BELT FINALS: @marcusbuchecha just made history once again. By one penalty after a 2-2 tie on points and a 1-1 tie on advantages, the Checkmat athlete beat @leandrolojj in the black belt open class final. With that he has now won five times the most important title in Jiu-Jitsu. Buchecha also tied @rogergracie record for most world titles as a black belt. Both have ten gold medals. Coverage brought to you by @gameness_sports and powered by @gentleartmedia. #jiujitsu #bjj #longbeach #pyramid #2017worlds #worlds2017 #ibjjf #gameness #competition #jiujitsumag #coverage #photo #video #oss #gentleart #gentleartmedia #grappling #combat #news #champion #champion #blackbelt #day4

In the female division, Tayane Porfírio’s debut as a black belt at the Worlds could not had gone better. She won double gold in the superheavy division and the open class.  With that, Tayane complete the Jiu-Jitsu Grand Slam in 2017, as she won both her weight class and the open class in all four major IBJJF events: Euroepan, Pan, Brazilian Nationals and Worlds.

Click here to see how each weight class was decided.

Click here for the full results for the 2017 Worlds.

2017 Worlds: the epic Sunday of black belt matches by the numbers