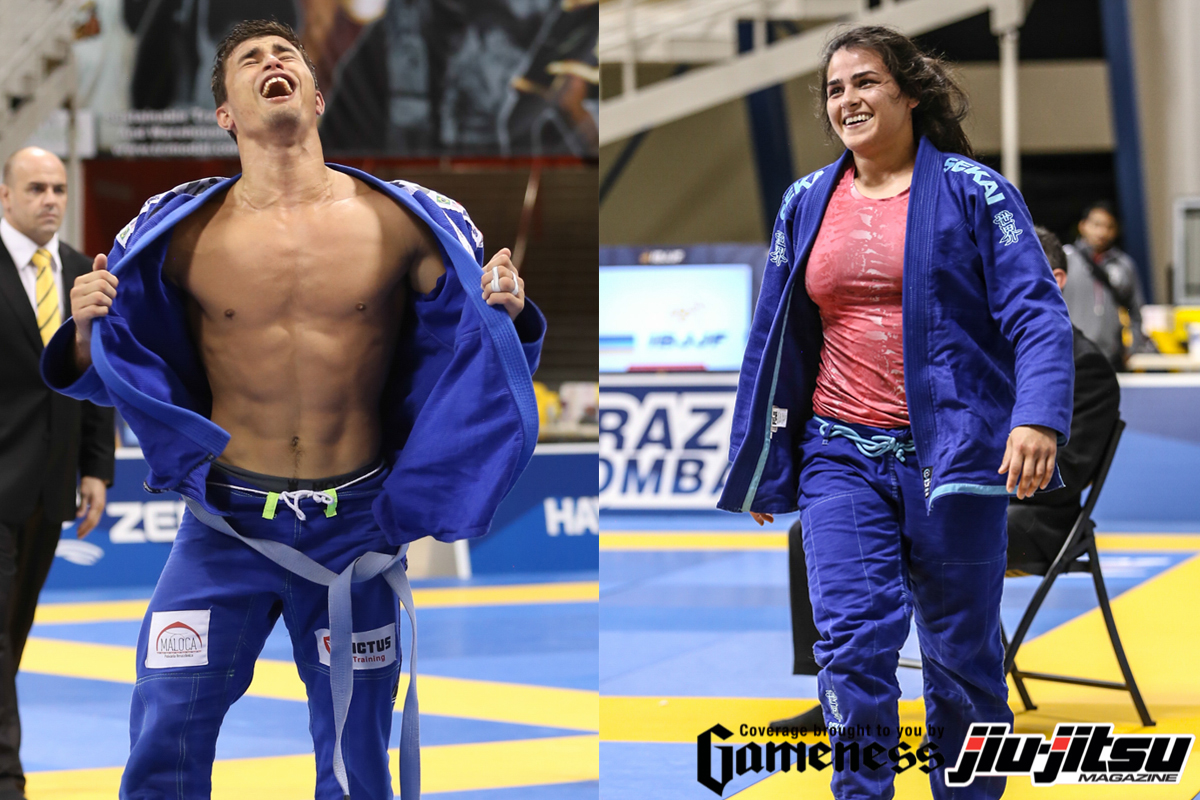 Day 1 of the 2017 World Jiu-Jitsu Championship, this Thursday, at the Long Beach Pyramid, was a 14-hour Jiu-Jitsu marathon. White, blue and purple belt athletes took to the mats for a full day of action under the direction of some of the most well known black belts in the world.

The day featured some of the most populated weight classes of the entire tournament. The blue belt lightweight division held the record with 118 athletes. Champion Jonatha Alves fought seven times to get the gold medal.

The highlight of the day came around 9PM, when the female purple belt open class and the male blue belt absolute kicked off. Sixteen women registered for the absolute. In four matches, Jessica Guedry built her way to the gold medal. In the final, she outscored Kendall Reusing 9-0 to claim her second gold medal of the day after also winning the medium-heavy.

In the male blue belt open class, 13 athletes decided to try their luck after a demanding day competing in their weight classes. Also, in four matches, Pedro Machado made his way to his second gold medal of the day. Under the direction of Marcio Pé de Pano, Machado had to deal with two ripped gi pants before he was able to almost complete a sweep and earn the advantage that was the edge over Taylor

Day 2 kicks off 9AM this Friday with more blue belt and purple belt divisions, as well as the first brown belts on the mats.

Other than that, the black belts have until tomorrow, 3PM, to register for the open class and after that the brackets should be designed.