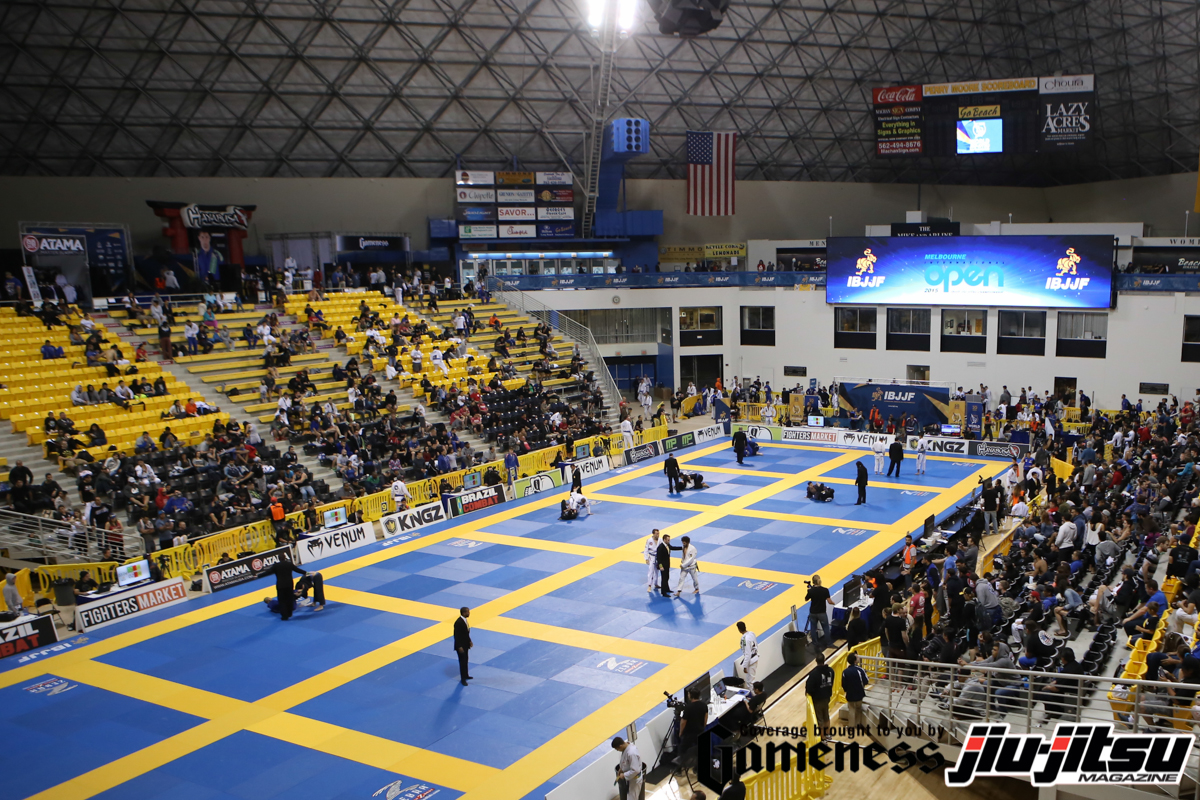 The 2017 Worlds Jiu-Jitsu Championship kicks off this Thursday, June 1st, at the CSLUB Walter Pyramid, in Long Beach, California. For the next four days, the attention of the Jiu-Jitsu community will be all in one place. There will be controversy, epic matches, some disappointments, a few surprises and most certainly lots of thrills. We thought about how to get you stoked for the action and we decided to share with you 10 fun facts about the Worlds history. It’s the perfect post for those times when you need something to talk about while eating your bowl at the açaí jail on top of the bleachers. Here we go.

1 – Roger Gracie holds a lot of records in the Worlds history, most good, some not so much. He is the only athlete in 21 editions to have won both his weight class and the open class by finishing all of his opponents. He did that in 2009. He never lost a match as a black belt in a weight class match and was never finished as a black belt at the Worlds. Roger is also the athlete with most appearances in absolute finals, eight from 2003 to 2010. He won three of those matches, but lost 5, more than any other athlete in history. Even so, he still holds the undisputed title of black belt with the most gold medals at the Worlds, ten. Marcus Buchecha could tie the score this year if he wins both his weight class and the absolute.

2 – Bruno Malfacine took one of Roger’s records away in 2015. When he beat João Miyao in the roosterweight final, he took home his 7th gold medal in the same black belt weight class. Roger had six in the super heavyweight (and one in the ultra-heavy). In 2016, Malfacine consolidated his position with the 8th gold medal at the roosterweight. Rafael Mendes, just retired, is tied with Roger in second place, with 6 titles in the featherweight division.

3 – Only three members of the Gracie family have ever won a gold medal at black belt division of the Worlds: Royler (4), Roger (10), Kyra(5). Even so, the family has 19 gold medals in the black belt division to brag about. Other than that, Kron won a silver medal in 2011 and Kayron Gracie won a bronze medal in 2010. Since 2012, no Gracie has stepped on the podium of the black belt division of the Worlds. That’s the longest drought for the family since 1996. Gregor Gracie could break the spell if he makes it, at least to the semifinals this year at the medium-heavy division.

6 – Gabriel Moraes won the light-featherweight division in 2004 and then again in 2013. That makes him the athlete with the biggest time gap between gold medals, nine years apart. If Cobrinha wins in 2017, he still won’t beat Moraes, as his last title happened 8 years ago, in 2009.

7 – Only three countries have gold medals in the male black belt division at the worlds: Brazil, with the overwhelming majority; USA, with three, and Angola, with one. In fact, João Roque, born in Luanda, in 1971, was the first non-Brazilian to win a gold medal in 1997 as a light-featherweight, beating BJ Penn (2000), Robert Drysdale (2005) and Rafael Lovato Jr. (2007).

8 – The female division kicked off in 1998, with athletes of all belts competing together. From 1999 to 2004, purple belts, brown belts and black belts competed in the same brackets. From 2005 to 2011, brown belts and black belts shared the mats. Since 2012, the female black belts have their own division. Michelle Nicolini holds the title of most gold medals, with 8 and also the title of first ever open class champion, when she beat Luciana Dias, in 2007. Dominyka Obelenyte, from Lithuania, is the only non-Brazilian, men or women, to have won the black belt open class division at the Worlds (2015-2016).

9 – 2017 is the year the Walter Pyramid will officially become as a part of the Worlds history as Rio’s Tijuca Tennis Clube. This year’s edition will be the 11th held in California (2007-2017), tying the count with the wonderful city (1996-2006), in Brazil. Even after all this years, there’s still people who want to see the Worlds back to its original venue. The Worlds moved to Long Beach in 2007 only because the Pan American Games held in Rio that year made it impossible for the IBJJF to find a venue to hold the event in the city.

*The 2010 final did not happen due to Barral being injured. In the close-out, Roger won his third title.