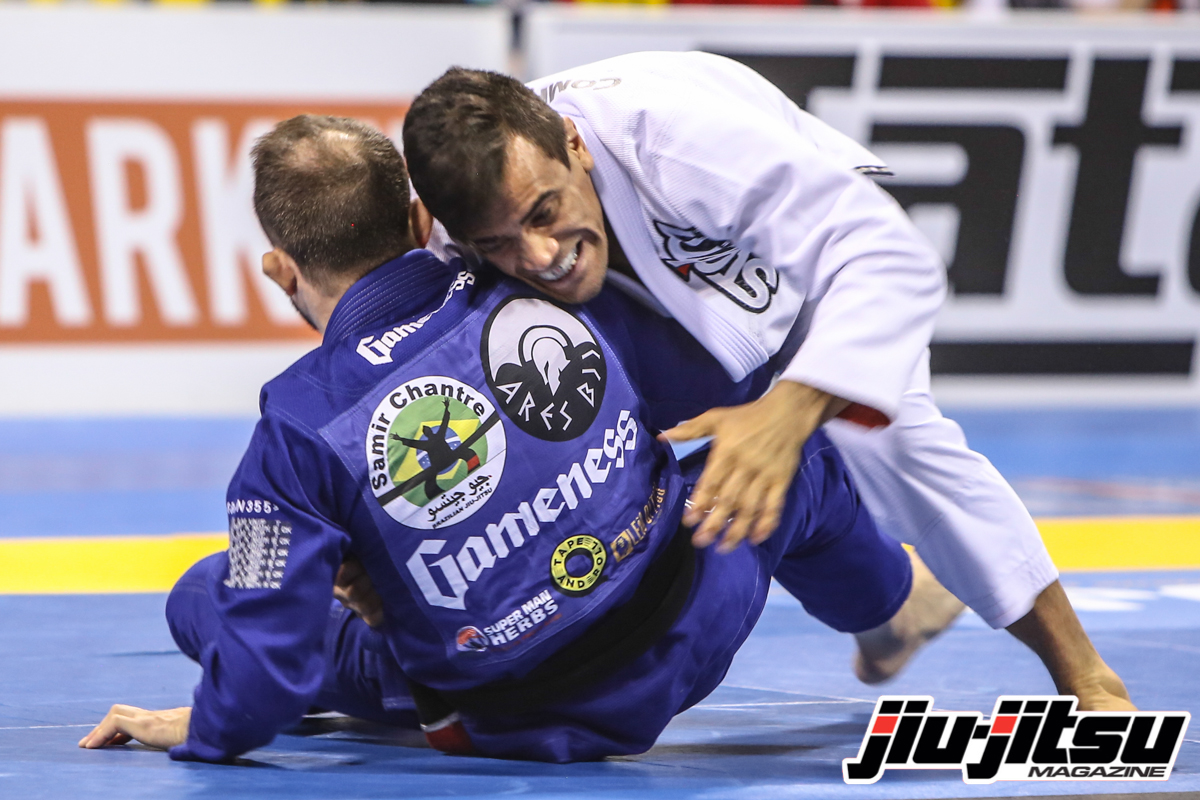 The registration  deadline for the 2017 IBJJF World Jiu-Jitsu championship has came and gone. Athletes and teams can still move names around between the weight classes, but it is already clear the black belt division will be very well served in terms of talent.

Among 195 male black belts and 52 female black belts, there are some very well known faces. Former champions and athletes that are still going strong many years after debuting in the black belt division. Here’s a quick run down of the list with the most notable veterans that will sure put on a great show in Long Beach.

Light-featherweight – Gabriel Moraes, Carlos Holanda and Daniel Beleza are right up there with the younger talents in the run for the gold medal. Beleza, who is 41, was the runner up of the division just two years ago. It’s better that João Miyao, Hiago George, Mikey Musumeci, Ary Farias and others to be ready for some serious challenges.

Featherweight: Wellington Megaton is always a crowd favorite and he’ll be competing in his 22nd edition of the Worlds (the only black belt to have competed in all editions). The other name is surely a title contender. Rubens Charles Cobrinha has competed as a black belt since 2006 and placed at least in 3rd place in all of them. At 37 years old, Cobrinha is a force of nature in the featherweight division.

Lightweight: A three-time black belt world champion, Celso Venícius is still at it 12 years after his first gold medal at the worlds, in 2005. Who ever watch Celsinho competing knows how competitive he can get.

Medium-Heavy: Romulo Barral, Andre Galvão, Tarsis Humphreys, Gregor Gracie are four names to create huge waves in Long Beach in one of the most stacked divisions. Barral (5), Galvão (3) and Humphreys (1) add up to nine world titles in the black belt division. Any doubt they are game for another go at the Pyramid.

Heavyweight: Lucas Leite, a 2007 world champion himself, is back to create some serious trouble. He have said many times that he thinks his game works very well against heavier opponents.

Super-heavyweight: Roberto Abreu is on the list. The ADCC open class champion has struggled with nagging injuries in the past years, but seems to be ready to go this year. No Cyborg match is boring, we can tell you that.

Ultraheavyweight: First of all, there’s Hideki “Shrek” Sekine. The 44-year-old Japanese black belt is on the list. Another super game competitor is Carlos Farias, who at 43 just placed 7th in the overall adult black belt IBJJF ranking.