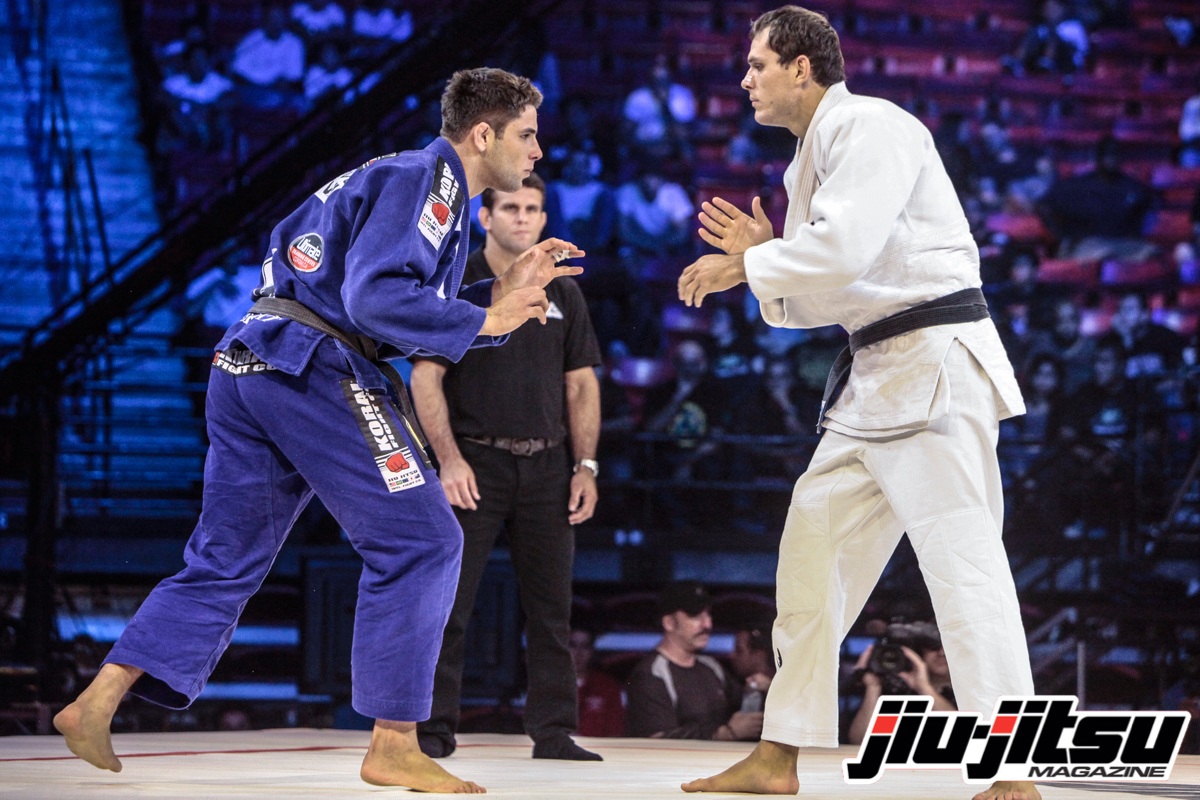 Buchecha vs. Roger: the Reasons Why Each One of Them Could Win the Rematch

It’s been five long years since the only time they faced each other. In 2012, at Metamoris 1, in San Diego, Roger Gracie and Marcus Buchecha fought for 20 minutes to a draw. Roger started the match better, passing Buchecha’s guard and reaching side control. Near the end, Buchecha came back and got very close to finish Roger with an armbar brilliantly defended by Roger.

Then they went very separate ways in their careers. Buchecha continued to compete in Jiu-Jitsu and soon became one of the most accomplished competitors of all times. With 8 world titles as a black belt, Buchecha is the record holder for open class titles, with four gold medals won in 2012/2013/2014/2016. Roger, already a 10X black belt world champion in 2012 (with three open class titles), decided to devote himself to continue his MMA career, first at Strikeforce and then at One FC, where today he holds the light-heavyweight belt. Since the 2012 match, Roger fought only once in the gi, against Rodrigo Comprido, in a super match at the IBJJF American Nationals, in 2015. He finished Comprido with an armbar.

So, as we reach July 23, 2017, who’ll be the favorite for the rematch? With such quality on both sides, it’s hard to point one athlete as a clear favorite over the other one. So, we decided to list the facts in favor of each one of the two. Here we go.

Competition rhythm: It’s undeniable that Marcus Buchecha has kept much more active in the Jiu-Jitsu circuit than Roger Gracie. Since 2012, he won six black belt world titles, another bunch of gold medals at the ADWPJJC and also became a ADCC champion. In these five years, Buchecha has fought every single big opponent you could imagine. All this time on the mat fighting monsters like Rodolfo, Lo, Keenan, Lovato, Cyborg, Erberth, etc, should count in favor of Buchecha.

Age diference: This probably was much more of a factor in 2012 than now, but could still be an advantage for Buchecha. Roger is 35 while Buchecha is 27. The eight-year difference could mean Buchecha has a slight edge when it comes to  the physical side of the match. The rules for the match have yet to be released. A long match time could be an advantage for Buchecha.

Speed and power: Buchecha is known for how explosive his movements can become during key moments of his matches. Also, recent images of Buchecha show that he’s stronger than ever and that could be an advantage against Roger.

Wrestling: Rodolfo Vieira knows how efficient Buchecha can be while standing. The 2014 black belt open class final is a good example of that. The training sessions with coach Jacob Harman surely added a powerful tool to an already very strong game Buchecha had.

Unpredictability: Remeber when Buchecha gave up a top position to look for Rodolfo Vieira’s back at the 2013 black belt open class final? That’s one of Buchecha’s trademark. He’s always looking for ways to surprise his opponents and leave them on edge. Who knows what tricks Buchecha might have for the July 23 match.

Experience: If Buchecha is younger, Roger has lived all. Competing in the black belt division since 2003, Roger knows all the tricks and shortcuts for a good performance in such a high level. It’s not easy to break Roger’s will.

Tight game: One thing everyone agrees about Roger is that his game is one of the most efficient ever seen on a Jiu-Jitsu match. He has developed such a level of attention to details that is really hard to find flaws in his movements towards the finish.

Peace of mind: Roger Gracie is known for his calm demeanor. If you watch the final moments of the 2012 match, you’ll see that Roger kept his cool to defend the armlock against a very strong and skilled opponent. Roger’s entire career is full of moments where he was able to keep cool and gather strength to come back in matches that looked like lost cases.

D-fense: Roger is a killer, we all know that. His submissions are virtually flawless, leaving his opponents very few options to escape. Perhaps that’s why the other side of Roger’s technique is often overlooked. He is a master in escaping tough spots and that could seriously frustrate his opponents. In 2012, he brilliantly escaped Buchecha’s armbar.

Health: Roger has said that the final weeks leading to the 2012 Metamoris match were some of the worst he experienced as an athlete. Fighting a boil infection, he could not train properly and had to take antibiotics, known for taking a big toll on athlete’s stamina. A healthy Roger could make things more even despite the 8-year age difference.