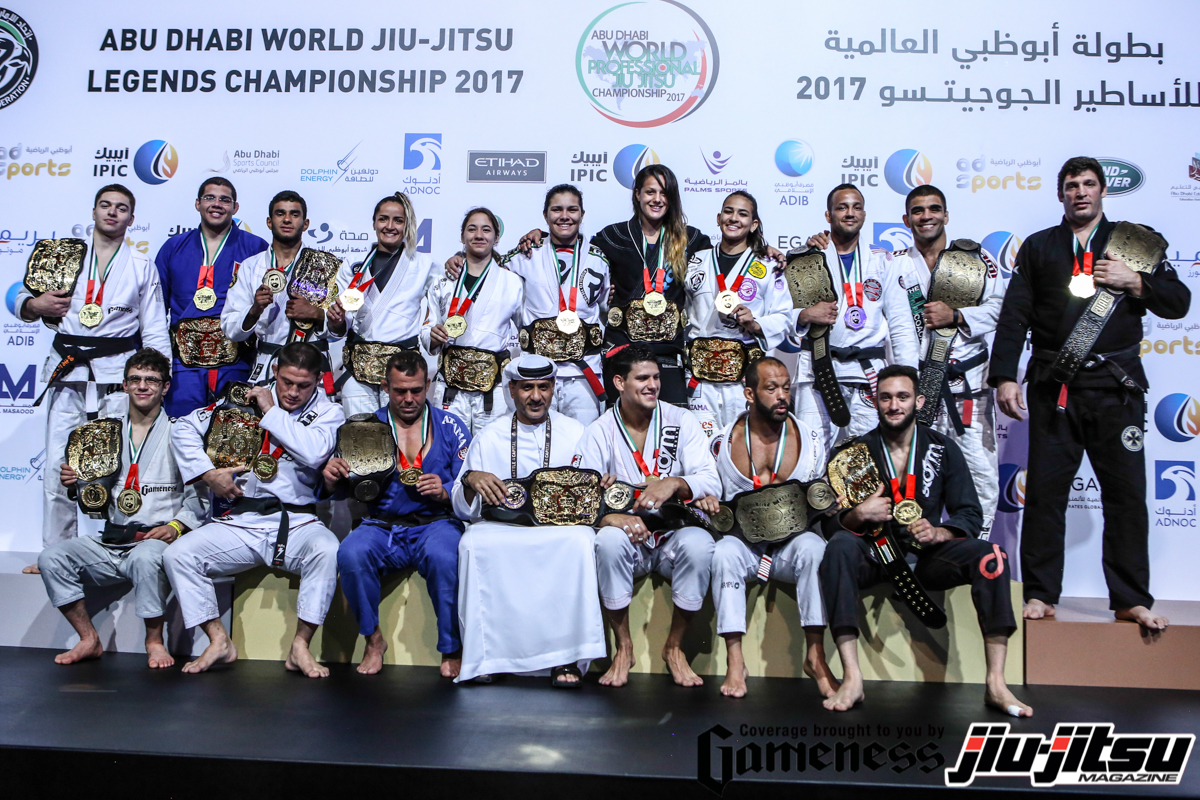 The 2017 Abu Dhabi World Professional Jiu-Jitsu Championship was the grand finale the 2016/2017 season deserved. Thousands of athletes of all ages and backgrounds gathered in the United Arab Emirates for an unprecedented 14 days of matches at the world famous IPIC Arena, in Abu Dhabi. Over US$ 800,000 in prizes were awarded for champions and medalists of categories of every belt, age group and nationality. The 2017 ADWPJJC will live forever in our memories.

After a brief rest period, the 2017/2018 UAEJJF season is already underway with events coming up in all five continents. Every point counts in the journey to the 2018 World Professional Jiu-Jitsu Championship, once again scheduled to take place in the capital city of the UAE. The 2017/2018 season will be bigger and better than any other previous seasons. Here are the highlights of all the action planned for the next 12 months.

Once again, the tour will make five stops: Japan, USA, Brazil, UAE and the UK. The 5 events combined will offer over US$700,000 in prizes and also add valuable points in the athletes’ ranking. In the past 12 months, huge names such as Felipe Pena, Xande Ribeiro, Beatriz Mesquita, Mackenzie Dern, Gabriel Arges, Jose Junior, Erberth Santos, Faisal Al Kitbe, Adam Wardzinski among many others were part of the events and the new season should only feature even more great fighters in epic battles. Here’s the schedule for this season.

The UAEJJF is introducing another series of events in the 2017/2018 season. The Continental Pro Championships will be the primary key for qualification for the 2018 ADWPJJC. Continental champions will qualify directly to compete in Abi Dhabi in April 2018. Each year, the Continental Pro will travel to a different country within its continent. There will be six events each year. The dates for this year’s events are yet to be released.

The National Pro series is back for another season of events all over the world. The UAEJJF will be promoting 20 events throughout the next 12 months. Each event is exclusive to athletes born in their geographic region. The expectation is for the events combined to host over 30,000 athletes in search of UAEJJF ranking points and the very much coveted travel packages for the 2018 ADWPJJC. The dates of each event will be released shortly. National Pro events already confirmed so far include:

Every point matter! The International Pro series brings Jiu-Jitsu at the highest level to some of the most important cities in the world between May 1st, 2017 to April 30th, 2018. The season kicked off on May 13, in Zagreb, Croatia, with hundreds of athletes fighting for valuable points in the UAEJJF ranking. Every event is open to athletes of all nationalities. The following events are already confirmed and many more will be added.

For more info, specific dates on each event and how to register, go to https://events.uaejjf.org/uaejjf-events.