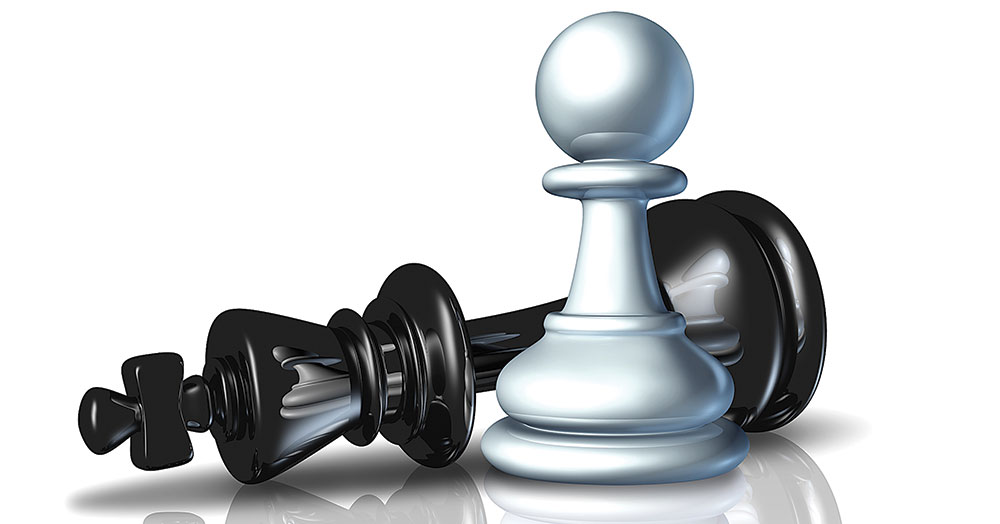 I know plenty of smaller grapplers who have terrible back-attack games. This is a shame on many levels. Not only is the back mount the most reliable position to finish someone your own size or even bigger, it’s also the position that most of the world champs I’ve interviewed have identified as their “go-to” position for bigger opponents.

Think about it like this: In mount, side control, or knee-on-belly, you can get rolled. If your opponent rolls when you’re on his back, where are you now? On his back! Jeff Glover, Mario Reis, and Augusto “Tanquinho” Mendes all mentioned the back as their first choice of position against an opponent who’s significantly larger. Maybe that’s a clue? If it’s not good enough for you, study the best “giant killers” in the BJJ world (including Marcelo Garcia, Caio Terra, etc.) and see how many more submissions and points they score from the back than from positions like side control – especially when going against MUCH larger opponents.

If you’ll be battling the big guys, finding ways to take the back from all of your best guard and top positions is one of the absolute quickest ways to boost your submission rate and positional success against them. 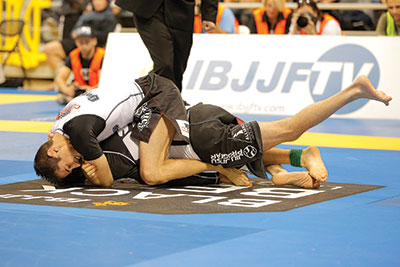 If you wanted to run a successful pizza business – would you want a mentor who’s run dozens of successful pizza shops, or a general business professor? Probably the guy who’s done exactly what you want to do in the pizza industry – right?

I see absolutely nothing wrong with watching great grapplers like Jacare’ or Roger Gracie and learning a ton from their strategies, techniques, and approaches to the game. However, if you’re aiming to be successful against bigger, stronger opponents, you have to watch the guys who do it.

Which BJJ champions have you watched online? Do they have a fantastic success rate against larger opponents? If your goal is to build that specific skill set, you should study the techniques, strategies, and approaches of grapplers who do it best. I recommend watching Cobrinha, Caio Terra, and Marcelo Garcia.

Armed with some of these strategies to help refine your approach to tapping the big guys – you should be able to see new opportunities to become a little bit more of a “Giant Killer” yourself!

Dan Faggella is the #1 Amazon Bestselling author of the new book “BJJ Techniques to Defeat Bigger, Stronger Opponents.” He is also a no-gi Pan Am champion, absolute division medalist, and writer for over a dozen online and offline publications. Dan’s #1 book can be found on Amazon, and the print version of the book will soon be available as well. To learn more about Dan’s book, or to see some videos from his free video series on submitting bigger opponents, please visit: www.MicroBJJ.com/Book
2 Comments on this post.