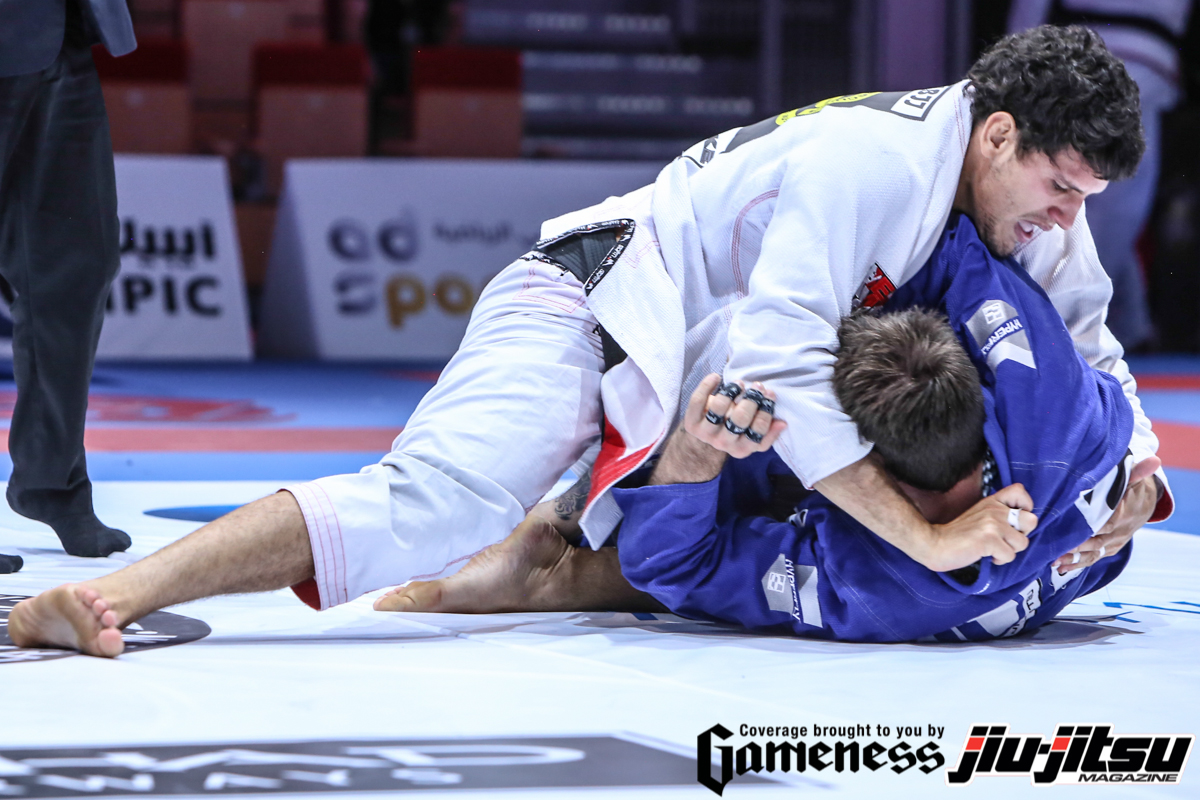 Another weekend, another thrilling two days of action on the mats around the world. In Poland, America and in Brazil, black belts gave their all in search of glory. Here” s a quick update on what happened this weekend in the Jiu-Jitsu universe.

The Absolute Championship Berkut held its second set of GPs this Saturday, May 6, in Warsaw, Poland. The big guys of the -95kg and the +95kg divisions battled it out for the belts and the cash prizes offered by the Chechenian organization. In the lighter weight class, Felipe Pena kept his undefeated streak. After winning the 94kg division at the 2017 ADWPJJC on April 22, he travelled to Guam to win the belt at the Marianas Open for the second year in a row and this weekend landed in Poland for another win. In three matches, he finished Igor Silva, then beat Adam Wardzinski by points to reach the final. Pena met well known rival Erberth Santos in the gold medal match and was able to reach the back and choke for the win.

Luiz Panza controls the action at the +95kg division

In the heavier division, Luiz Panza also had to fight three times to reach the top of the podium and take the belt home. He first caught Moku Kawahai with a leg lock, then beat Ricardo Evangelista with another leg lock to reach the final. Panza’s opponent in the gold medal match was Denmark’s Alex Trans. The title came by the way of a referees decision.

The IBJJF held another event 9in Brazil one week after the Brazilian Nationals. In Bahia, the Salvador Fall International Open was another testing ground for big names getting ready for the upcoming 2017 Worlds and also after valuable points in the annual athletes ranking. That’s why Leandro Lo and Tayane Porfirio made another appearance in the circuit. Lo repeated the performance in the Brasileiro and won double gold in the super-heavy and the open class. Tayane did the same and also topped the super-heavy and the absolute. Click here for the full results.